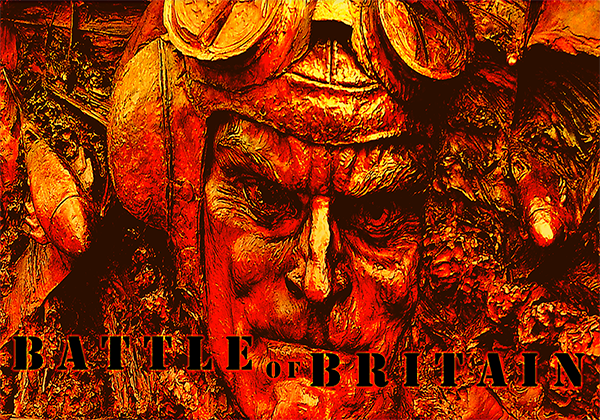 now our fate lies with victory in the air 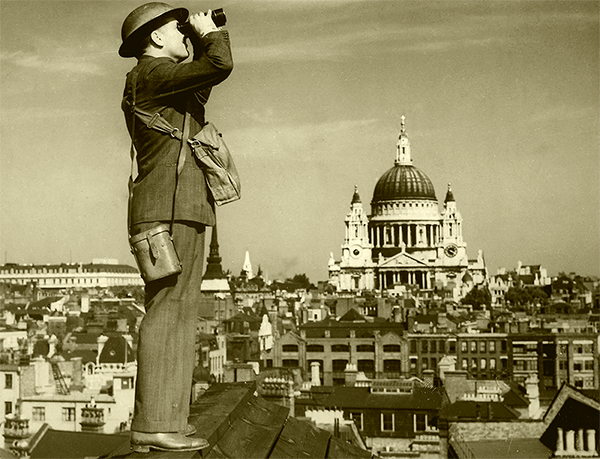 Cities are now the front line.

Logic, based on a presumption, makes it so.

Hitler made no plans to invade England.

His mind had already turned to Russia.

They alone stood in the way of German greatness.

Churchill would come to realize this.

The challenge for Britain is to focus your air defense

to meet the attack of enemy bombers no matter the direction.

This approach requires being able to see over the horizon

to detect a pending attack, determine the air fleet's size and

The RAF will not be required to broadly disperse its fighters.

by RAF fighters to provide the nation's watchtowers.  An efficient

management of radar information enables the RAF to concentrate

its attack on a fleet of bombers using aircraft from various bases. 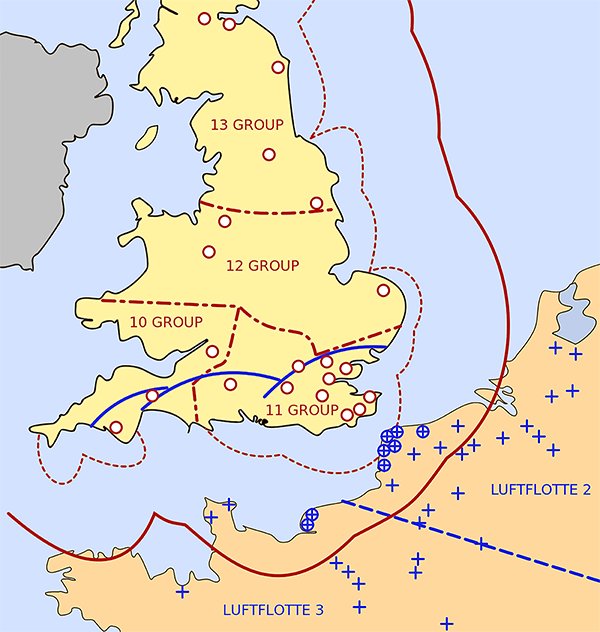 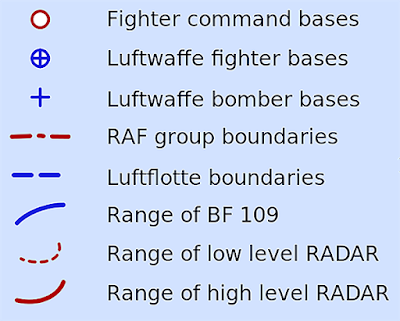 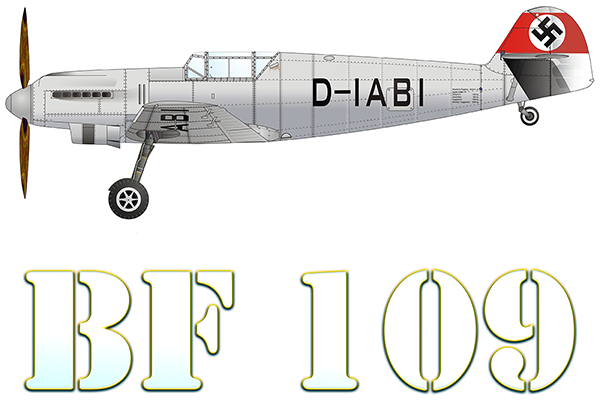 As good as it gets in 1940
but its short range give opposing
RAF pilots a lethal shot at
plodding German bombers.

was limited to the short range of the Messerschmitt Bf 109. 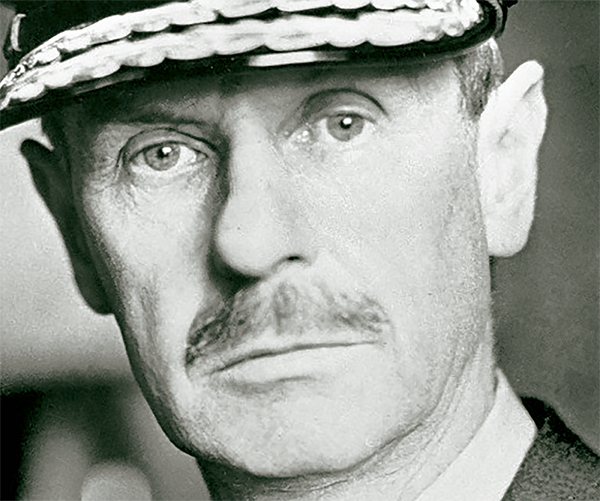 radar would need to play in

preventing the RAF from being 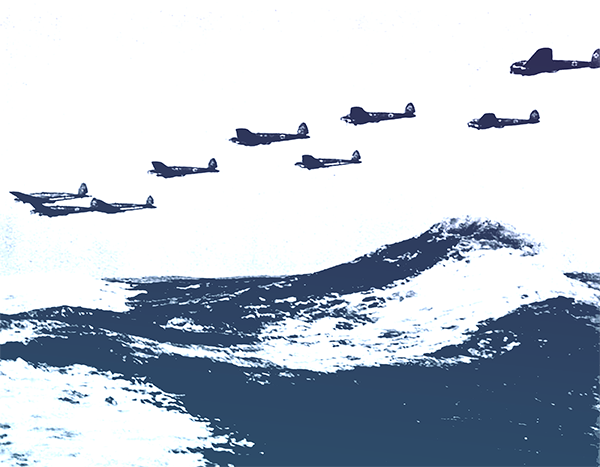 German Heinkel He 111s fly low over the Channel

in attempt to evade British detection. 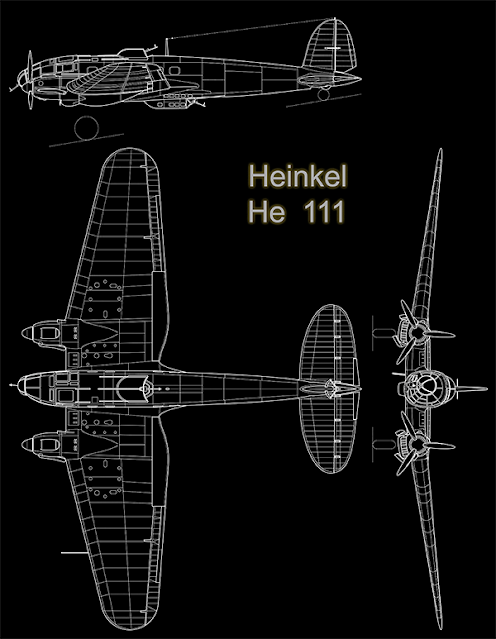 by the time of the Battle of Britain.  Without the Bf-109

this Heinkel would be a sitting duck in an RAF attack

because its own defensive field of fire is too easily evaded. 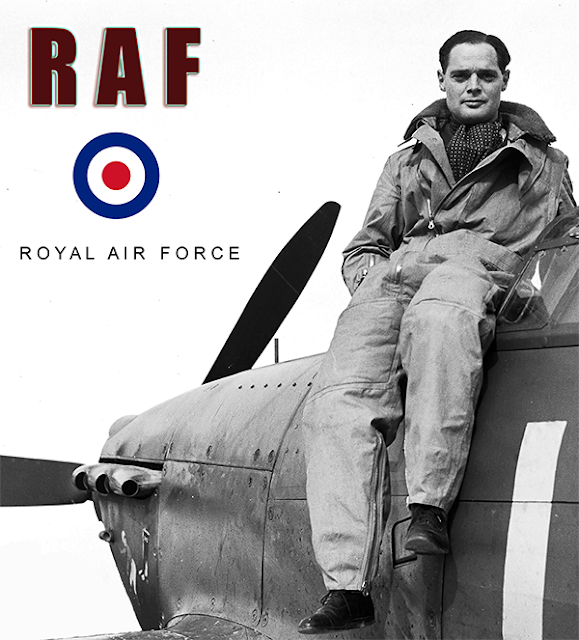 RAF pilots came from across the British Commonwealth.

RAF losses were too great to rely solely on England for pilots.

But even with a reliable source of qualified recruits it still

takes a year to fashion them into fighter pilots.  Too often,

rookie replacements were expected to match wits with an

no choice but to throw any flier available into the fiery mix. 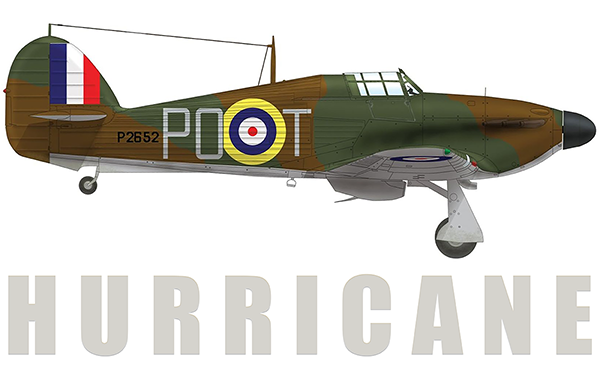 Rugged and likable by those who flew it

the Hawker Hurricane was still a transitional fighter,

still constructed in part with cloth and wood,

it was better suited to attacking bombers

than taking on a Messerschmitt one on one. 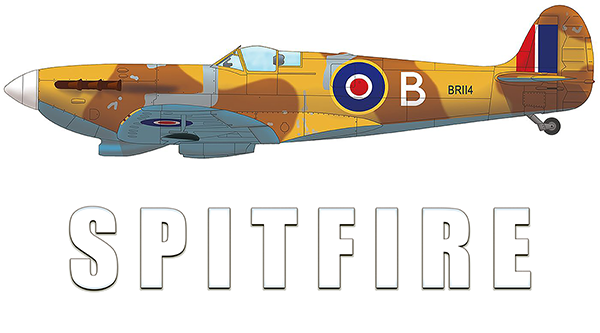 The Spitfire was the equal of the Bf 109.

the one clear advantage German pilots

had over their RAF counterparts.

Luftwaffe pilots flew in pairs with one

always assigned the role of wingman -

making sure no one pounces on you

from out of nowhere.  The British,

on the other hand flew in groups of three.

The weakness here was that there was

always one plane set up for a relatively 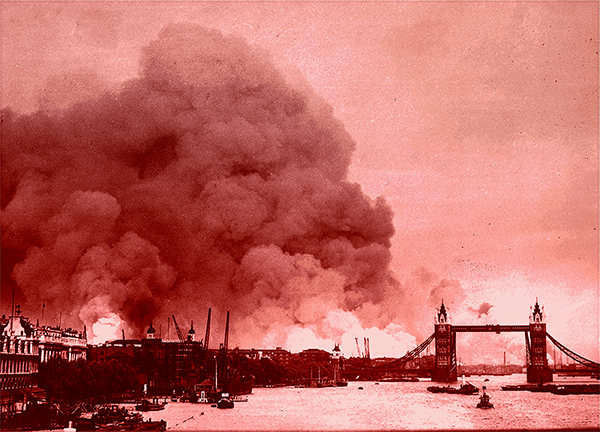 The RAF is a punch-drunk fighter set up for

a knock-out blow.  Instead, Hitler suddenly

turns his attention away from destroying the RAF.

It's taking too long.  Time to pillage the village

of one's enemy.  This switch to the strategic strategy

of bombing cities gives the RAF a desperately

Bombed air bases are repaired and the nation's

stock of fighter aircraft are replenished. 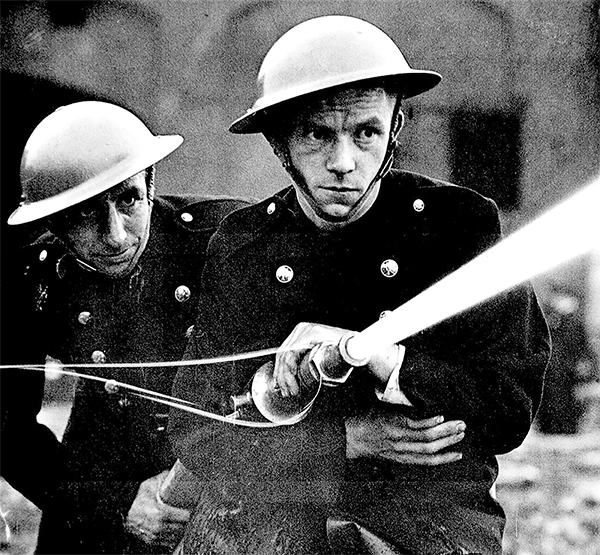 The Brits fight on with steeled will. 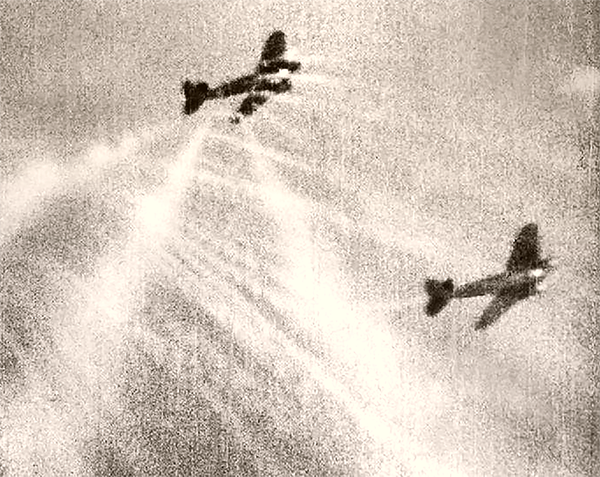 A grainy image from a Spitfire gunsight

records the final moments of a German bomber

and its four members on board.

The Spitfire riddles its target

with .30 caliber rounds coming from eight

machine guns, four in each wing.  All that is left

for this crew is riding this nine ton piece of machinery

to its gravity induced fate. 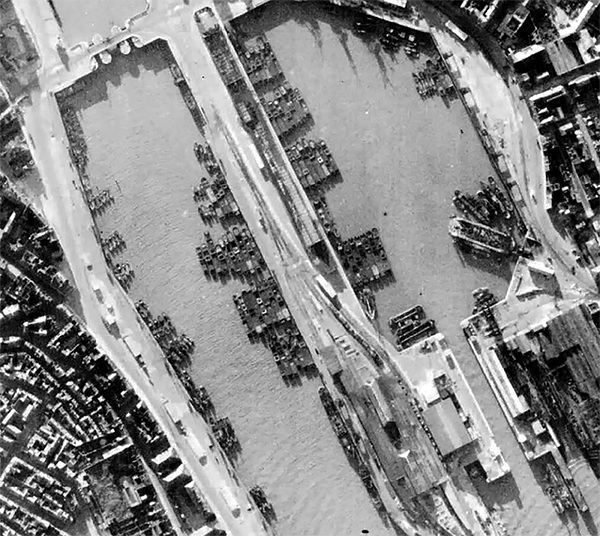 Invasion barges collect in harbors along the English Channel.

what it's all about

is to be anything more than wishful thinking, which it barely is.

But that is left for him to find out. 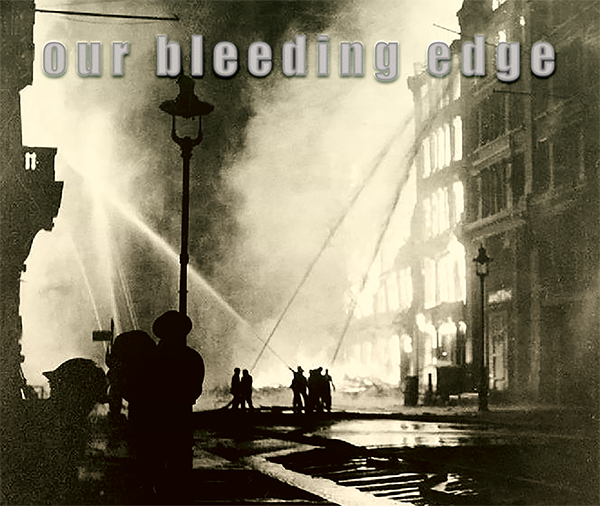 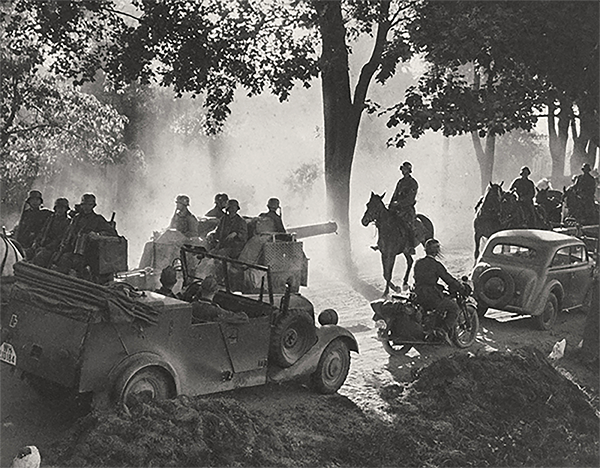 The 1939 German invasion of Poland

revealed for the first time to all nations

the decisive outcome that results when

fast moving armor teams up with 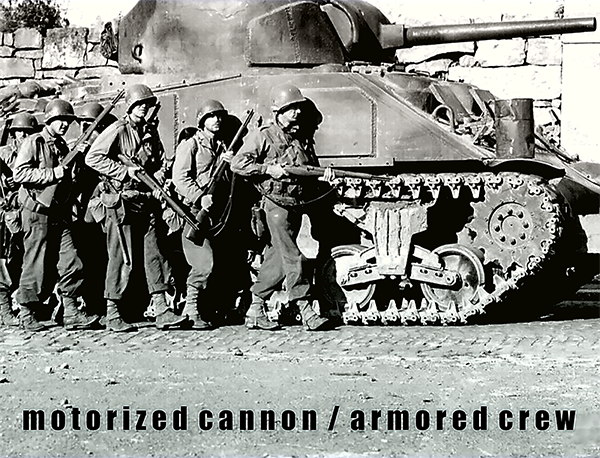 where concentrated firepower was rapidly

deployed to pierce the enemy's defense

then run havoc through their backfield

much as a cavalry would in previous times:

on battlefields with similar terrain

laced maybe with roads amidst trees,

over hills, across streams and rivers.

in maneuvering troops but is otherwise

constrained by the conventional obstacles

provided by terrain and distance. 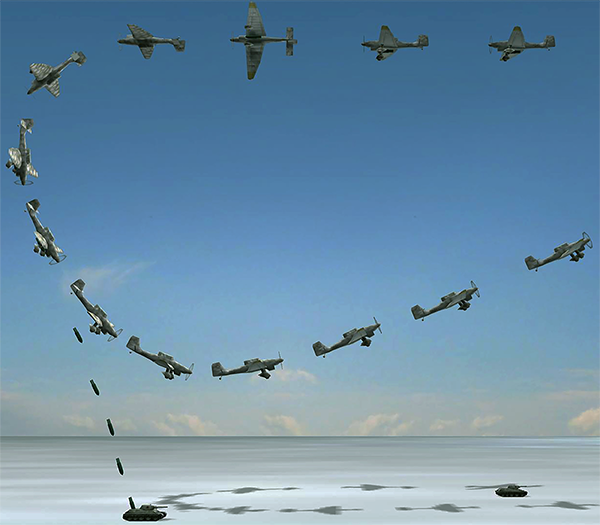 Warfare has added the third dimension of vertical

position as part of the fluid, rapidly changing battlefield.

for overhead attack have their valuable military assets

quickly picked off like fish shot in a barrel.

of the offensive power that gave blitzkrieg its global

reputation.  A well-placed bomb on an enemy position's 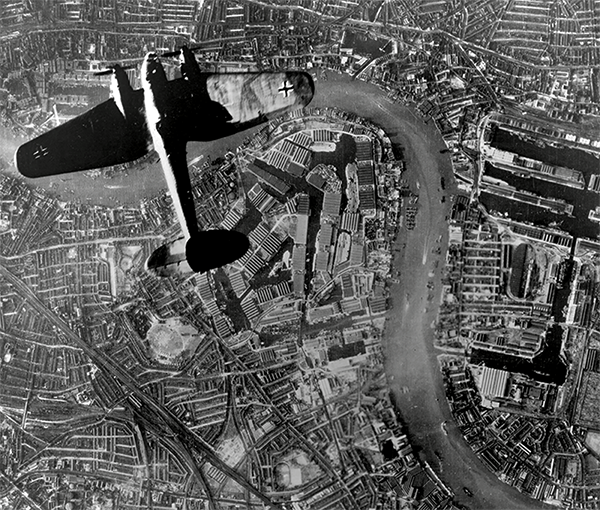 total war -  everyone is a legitimate target

The German Army brass wasn't all that keen

on making the Luftwaffe Hitler's centerpiece

of future military strategy.  For starts, the

costs too much to develop.

a sure thing for untested technology.

Most Luftwaffe generals agree the

is to be in support of the nation's army,

which, interestingly, is the service they

once belonged to prior to the Luftwaffe.

This decision means an air force of tactical

yet able to provide deadly results when closely

with troops on the ground. 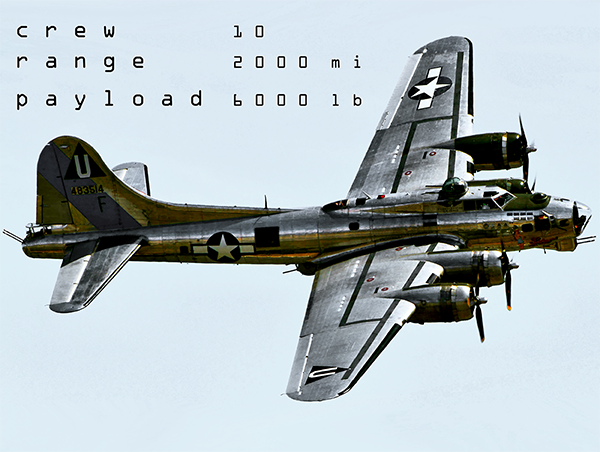 destroy military factories and the laborers manning them

What if you're the U.S. military and you find you are

up against the German Army with an American Army

that is currently little more than a military police manning

necessary defense without rousing suspicions of an isolationist

as a feasible, worthwhile endeavor was severely tested

when raids targeting heavily defended industrial sites such as

at Schweinfurt, Germany and Ploesti, Rumania resulted in

an unacceptably high loss in planes and their crews. 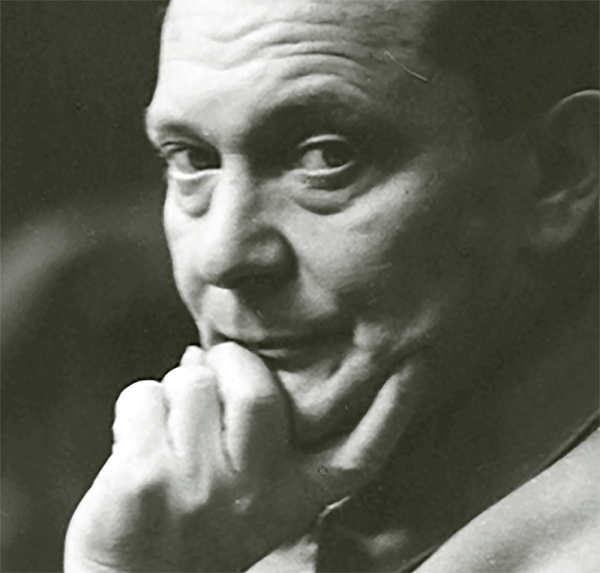 Second only to Hitler in power.

I PLAN TO HAVE BRITAIN DOWN ON ITS KNEES

SO THAT THE ISLAND'S OCCUPATION BY

OUR TROOPS CAN PROCEED WITHOUT RISK.

Goering is confident of the Luftwaffe's victory

in the coming conflict with Britain's RAF,

an air force outnumbered and outmatched

as was proven in their recent encounter

with German planes over France.

WHO CONTROLS THE AIR WINS THE BATTLE OF BRITAIN

Victory is decided by planes -  not tanks, not ships. 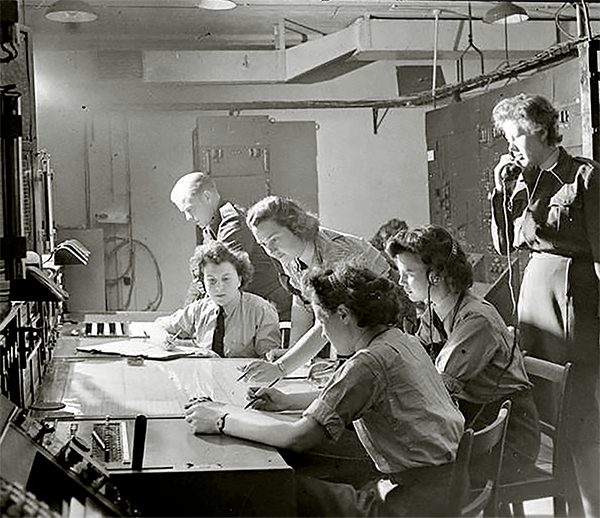 The Germans have it but don't quite know what to do with it.

They will learn its value through their experience with the Brits

in the near future. 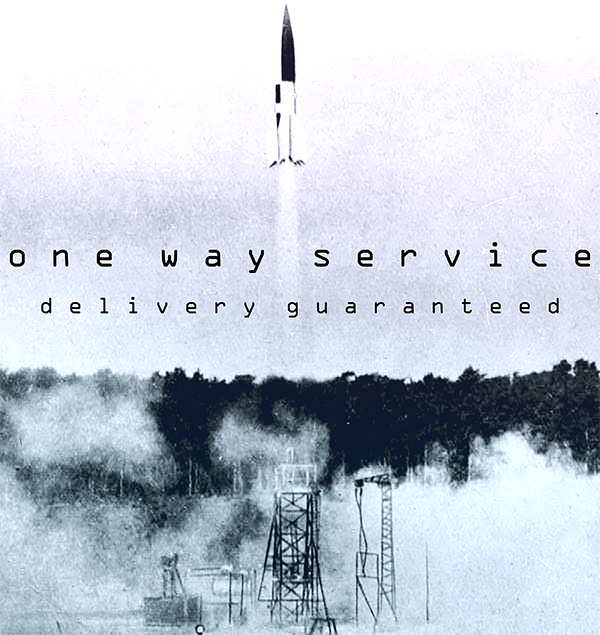 a murder / suicide pact between

the globe's two most powerful nations

Each armed with missiles pointing to the other's cities

Ready to fire their nuclear volley upon sign of 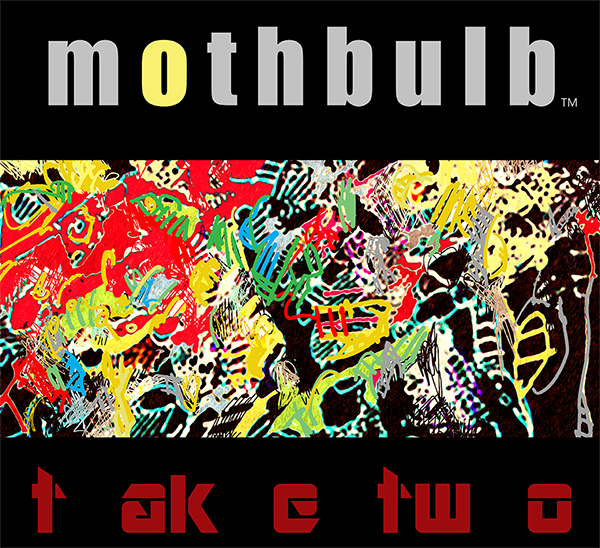 Posted by coldValentine at 12:09 AM No comments: