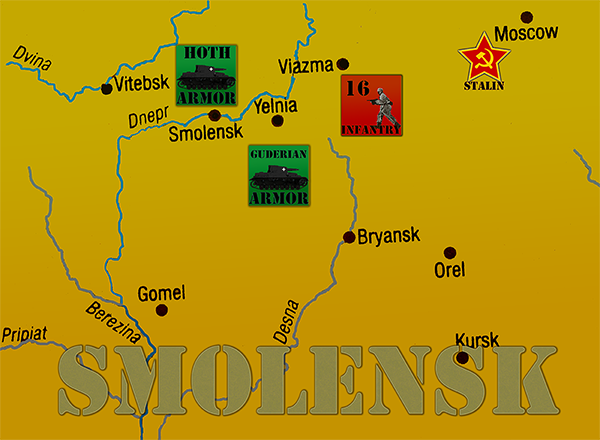 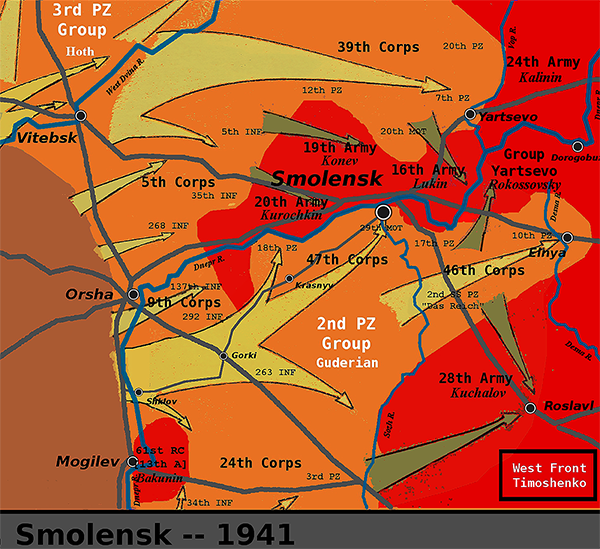 Steamrolled by Nazis
Entire armies, hundreds of thousand of soldiers,
lost to you in the space of days.  You've lost all
communications with your front.  The forces
left to your command swing wildly as would
a headless beast. 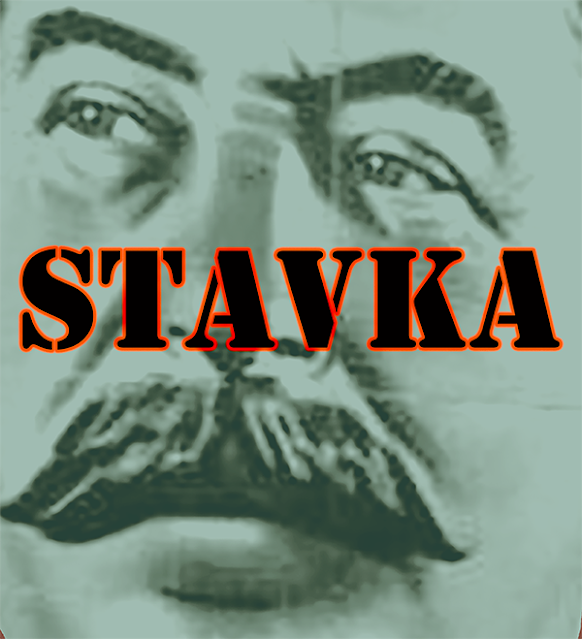 Soviet High Command - Stavka
Stalin and his circle of hand-picked men
whose orders were to be rigorously obeyed
even if they made no sense to you. 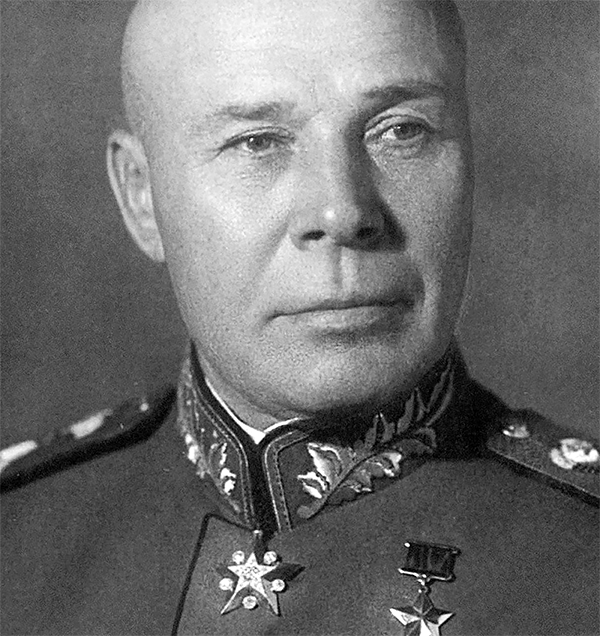 Stalin's man to the West
to:  Marshal Timoshenko
Demonstrating only the greatest resolve you are to attack
our enemy in the area of river gate, between the Dvina and
Dnepr Rivers.  Vitebsk and Smolensk must not fall. 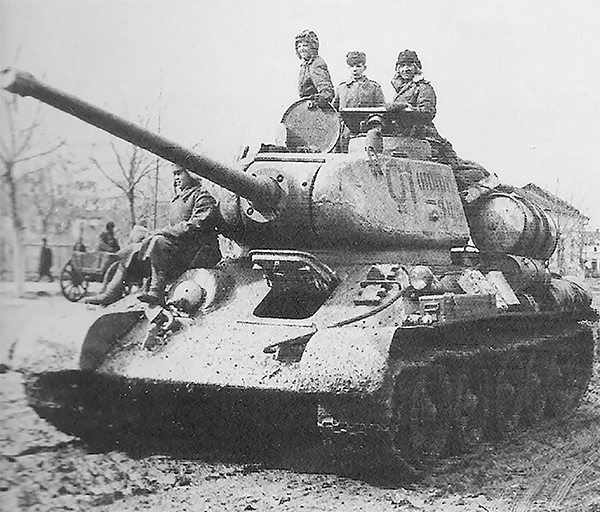 T-34
It was the best tank made in 1941.
There were problems.  No one bothered to provide radios
so how do you operate as a unit under a central command?
Commanders don't know how to use tanks effectively, anyway.
For many in senior command it is on the job training.  Incompetence.
Stalin's purge of Red Army officers left inexperience in command. 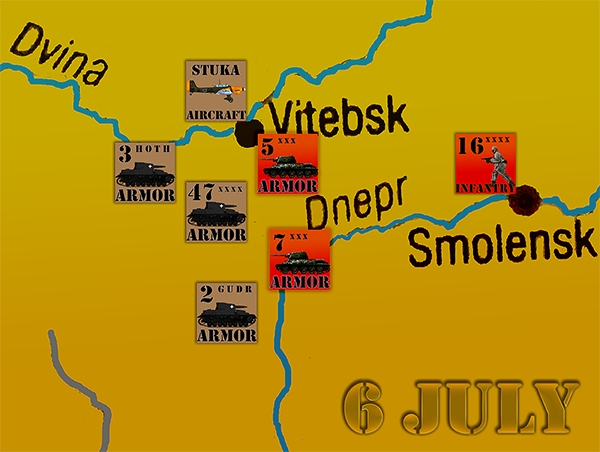 Two Corps of Red Army armor
about 1,500 tanks, charge headlong into
General Hoth's 3rd Panzer Group point.
Although the lead 7th Panzer Division was forced
into retreat near a town named Senno, Russian
armor was soon halted in its tracks when confronted
with overwhelming firepower in prepared defense.
Russian tanks attacked without air cover or antitank guns.
There was no coordination with infantry for their protection.
Stuka dive bombers methodically picked off Red Army tanks
from overhead.  After four days fighting the two Russian
armored corps were decimated.  Only poorly equipped and
ill-trained infantry units are left to protect the key river towns
of Vitebsk along the Dvina and Orsha along the Dnepr River. 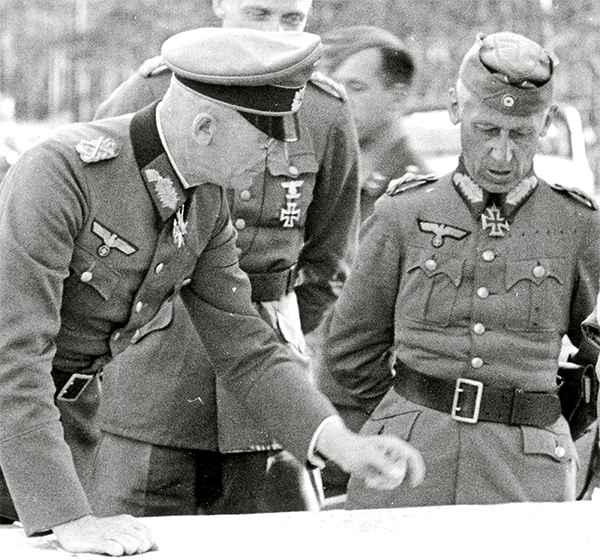 Field Marshal Bock and General Hoth plot their moves.
The objective to shatter the bulk of the Russian Army this side
of the Dvina and Dnepr Rivers has been accomplished.  East
of these rivers we would encounter nothing more than partial
forces.  It is probably no overstatement to say that the
Russian campaign has been won in the space of two weeks.
General Franz Halder
Chief, Army High Command
3 July 1941 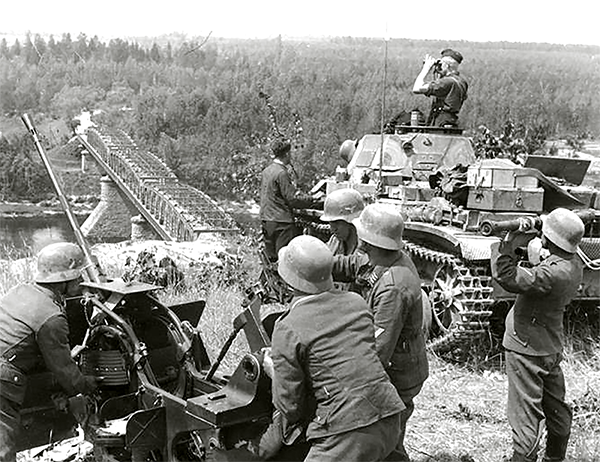 Hoth's 3rd Panzer Group
was the northern-most of the two armored pincers
used to envelope all the armies and territories
that lay between Minsk and Smolensk -
the next objective on the highway to Moscow.
Whereas Guderian's southern route was
grasslands, Hoth's battlefields were forest. 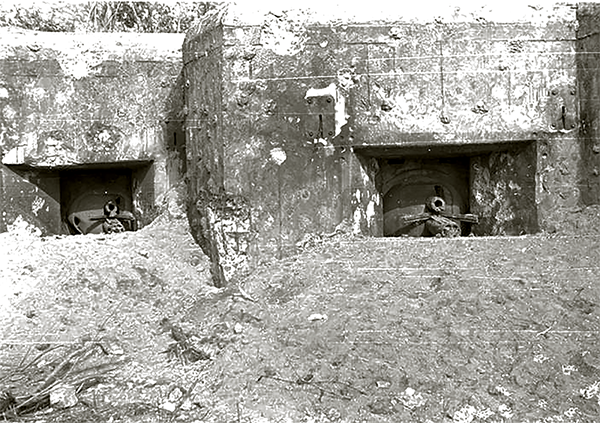 Along the Dnepr south of Smolensk
were the remnants of Stalin's old line of defense,
dilapidated fortifications along the river's east bank.
Hollowed out and antiquated they proved to be
easily punctured by modern armor. Russian resistance has become haphazard.
But unexpected.  German generals
assumed this campaign would be
another France -
pierce the outer shell and feast
on the goodies inside.
It should be getting pleasant about now. 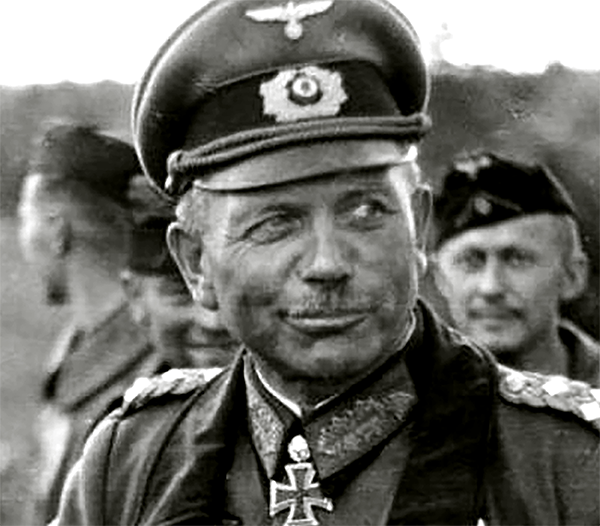 not a team player

How wonderous it all is.

The general's imaginings come to life.

Guderian can't wait to get to Moscow.

As a matter of fact, the general has

already gotten a bit ahead of things. 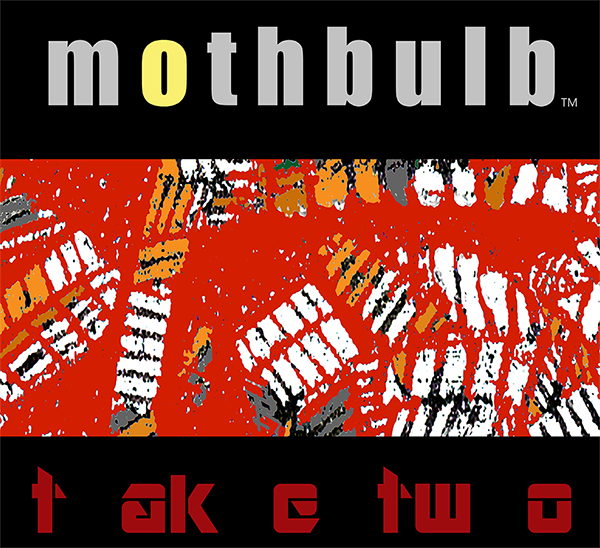