The USS Lexington (CV 2) and her sister ship the Saratoga (CV 3) were converted from battle cruiser to carrier while under construction because of a treaty resulting from the Washington Naval Conference of 1922.  America’s first two real carriers came with hulls built to take a torpedo hit and a size that made it adaptable to aircraft that were rapidly evolving into larger size and weight.  These long, sleek ships displaced over thirty thousand tons but their sixteen boilers and turbo-electric machinery made them surprisingly fast – capable of exceeding thirty-three knots if necessary.  Their size enabled the concentration of a large air group that could be launched quickly for maximum striking power.  By 1929 fleet exercises made it evident that the carrier was a highly prized offensive platform despite the fact that its fleet of biplanes was not yet powerful enough to deliver a fatal punch.

The Lexington and her sister ship were initially armed with eight inch guns, grouped in four turrets of two guns apiece.  These were in line with the ship’s starboard island and its signature eighty foot stack that was constructed to disperse exhaust safely above flight operations on the deck below.  The guns were of such weight that they contributed to a slight permanent right list of the carrier, which could be offset by using fuel oil as counter-ballast.  The initial thinking was the carrier would need this means of defending itself from enemy cruisers that might attack at night or in bad weather, for instance, when aircraft would be unable to launch.  As carrier offensive doctrine developed, however, it became the rule that three heavy cruisers would combine with the carrier as a permanent tactical unit, providing her defense against conventional surface ships.  In April, 1942 these guns were removed from the Lexington and replaced by weapons suited to protect the carrier from attacks from the air.  It had become evident that the greatest threat to a carrier was aircraft from another carrier.  Thus, the primary carrier role was to destroy the opposing carrier in order to prevent its own destruction.

American doctrine held that the best carrier defense was a quick and powerful carrier offense.  This view was shared by the Japanese.  Both countries would forego the weight penalty of armored flight decks and build theirs using wood planks.  This enabled them to pack more planes onboard to maximize their striking power.  The rules of battleship conflict still applied, but at a much greater distance:  victory goes to the side that first finds the enemy’s range and then pours down upon it maximum destructive force.  Carriers needed to be quick on the draw.  While Japan stored its planes in the hanger deck American doctrine had as many planes as possible parked on the flight deck, ready to launch.  The problem was that the Japanese were able to group the air wings of multiple carriers into a single force and then effectively coordinate the attacks of her torpedo planes and dive bombers.  During the early portion of the war American carriers acted independently and their torpedo and dive bombing attacks were typically disorganized and piecemeal.  Despite this, the U.S. Navy was able to blunt the Imperial Navy’s thrust into the Coral Sea in their first carrier engagement despite the greater number of American ships sunk.

The great loss for the United States in the battle of the Coral Sea was the sinking of the Lexington.  Her deck was struck by two bombs but the greater damage was caused by two torpedo strikes on her port side.  Still the Lexington was able to put out the fires and recover her airborne aircraft.  The ship was even proceeding at a respectable twenty-five knots.  It was shortly before one that afternoon when a devastating explosion, caused by igniting gas vapors, rocked the ship.  The earlier forward-most torpedo strike had cracked the hold containing highly volatile aviation fuel.  Two more explosions were to follow leaving the Lexington listing badly and consumed in smoke.  The end came the evening of 8 May, 1942 following the removal of her remaining living members of the crew.

A carrier air group at the time of the Lexington was typically divided into four squadrons of about 18 aircraft each, in addition to several aircraft in reserve.  These squadrons would be broken into groups of fighters, torpedo planes, dive bombers and scout planes.  The scout planes would be the same as dive bombers except that they would carry an auxiliary tank for additional fuel in place of bombs.  Torpedo planes could sometimes serve as a horizontal bomber by a change in ordinance.  Fighter squadron sizes increased from 18 to 27 by the time of the battle of Midway.  Carriers during the Guadalcanal campaign would have as many as 36 fighters on board, reflecting the importance of an active air defense.  By late 1942 the U.S. Navy had lost the Lexington, Yorktown and Hornet, leaving the Enterprise as the lone fleet carrier left to fight in the southwest Pacific.  It would be May of the following year before the first Essex class carriers steamed into the Pacific.

Fighters of the Lexington 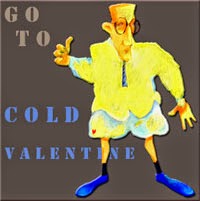 Posted by coldValentine at 5:53 PM