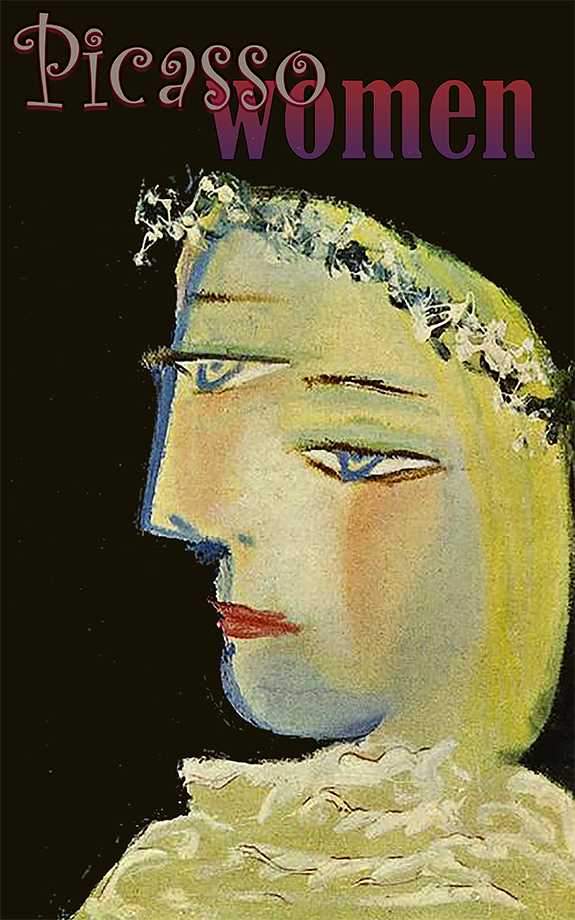 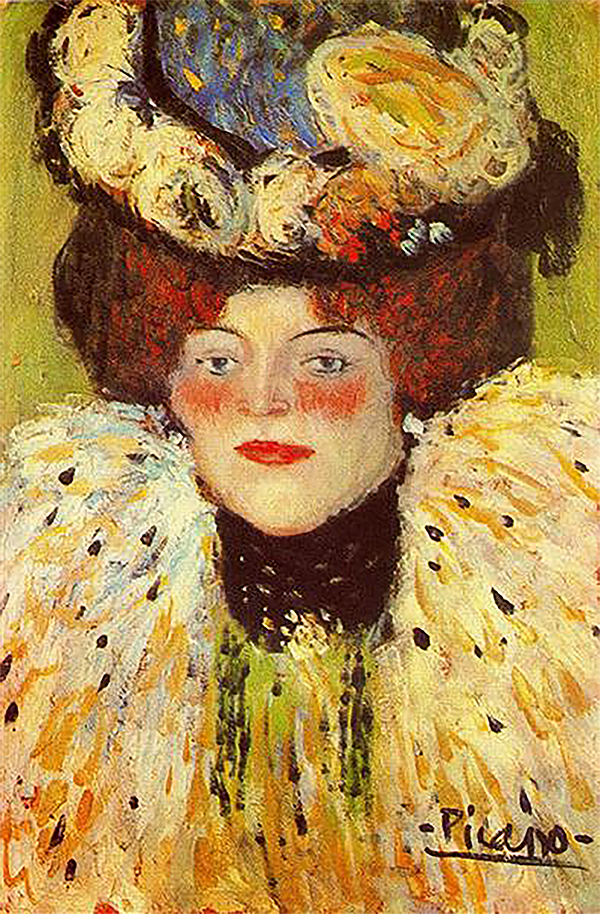 "Picasso's haste has not yet given him time to forge

a personal style; his personality is in this haste, this

youthful impetuous spontaneity.  I understand he is

not yet twenty, and covers as many as three canvases 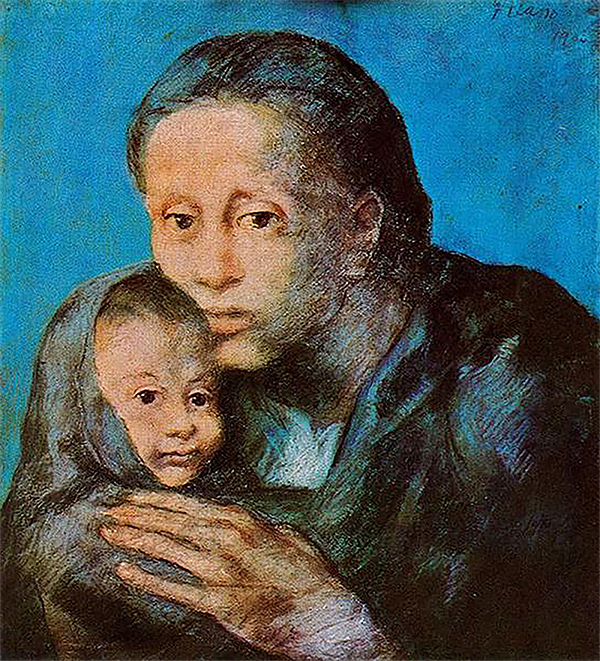 In the spring of 1901 the avant-garde artist Carlos Casagemas

invited the object of his love, Germaine, and a smattering of

other friends, to dinner that evening at a Paris café.

a revolver from concealment and fired a missing shot

at this humiliation.  Finally, to everyone's horror, he ended his life

with a bullet through his temple.

Until recently Casagemas had been an almost inseparable

companion for Picasso.  His death resulted in the twenty year old

artist embarking on a theme of morose imagery that lasted more

than two years.  But now Picasso had his personal style.

It became known as the Blue Period. 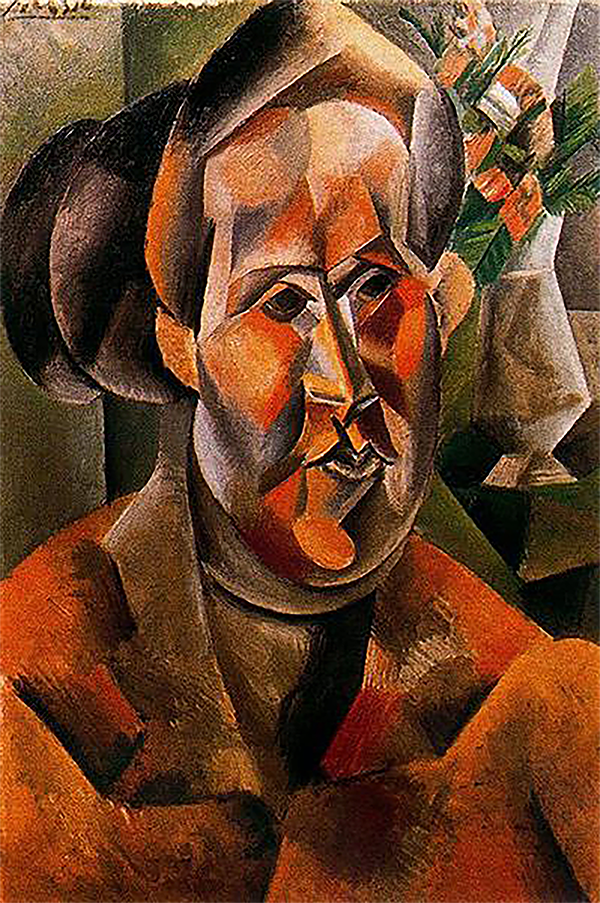 From cool blue loneliness to the detached warmth of cubism.

Picasso lives with Fernande Olivier, portrayed here as well as

in sixty other Picasso paintings.   Fernande was his first. 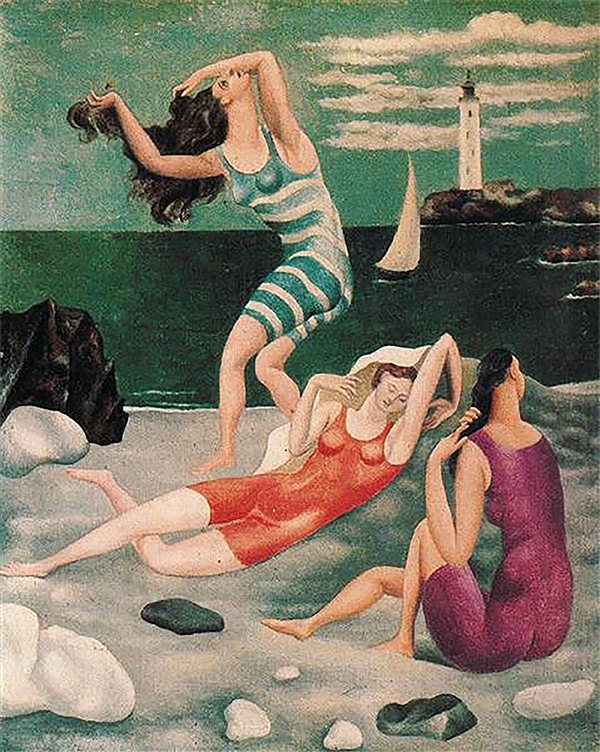 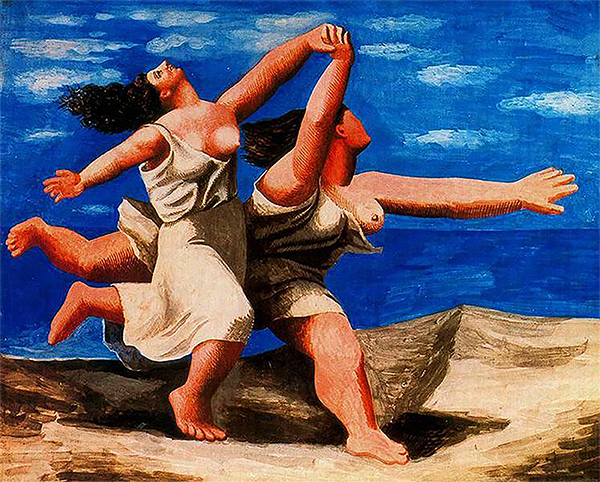 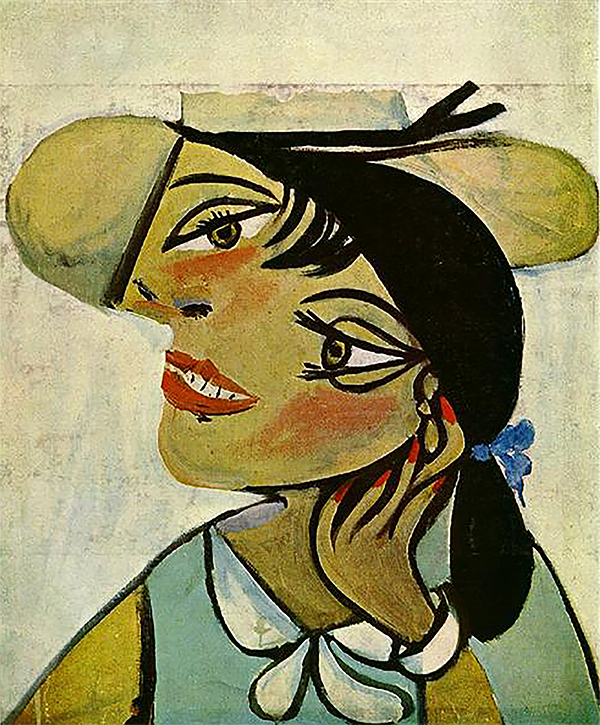 In 1918 Olga Khokhlova gave up a successful ballet career

to become Pablo Picasso's wife.  This portrait is of the mother

would eventually rupture their relationship but Olga remained

legally married to Picasso until her death in 1955 because

he refused to equally divide his property with her as 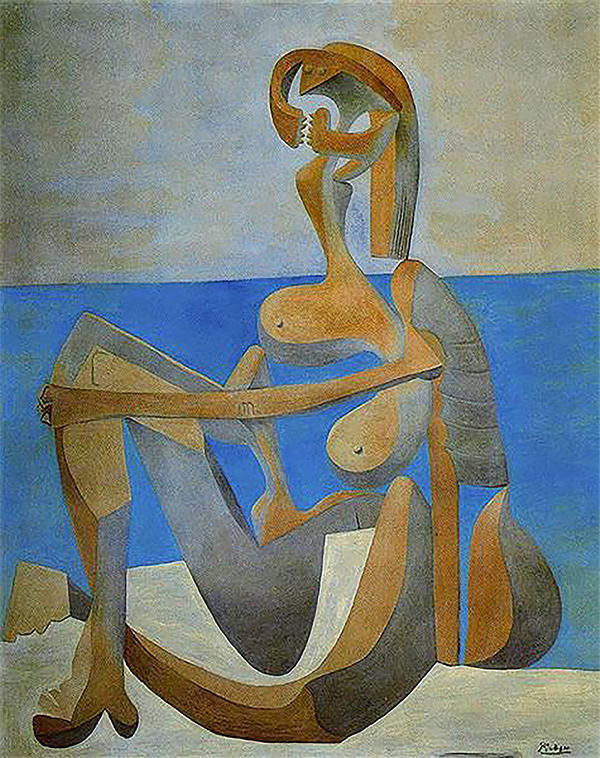 Anxiety abounds.  Picasso paints the portrait of a

Except this woman is a zombie monster, assembled

from machined parts.  It all looks so very warlike. 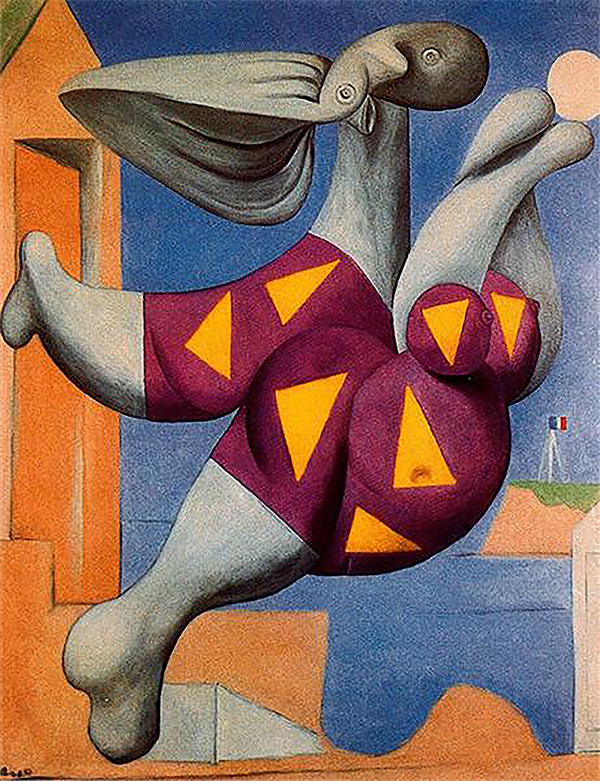 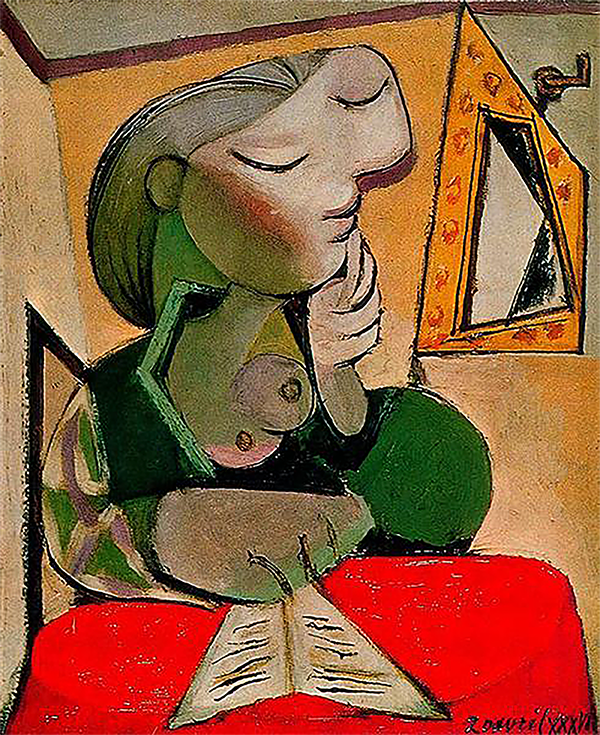 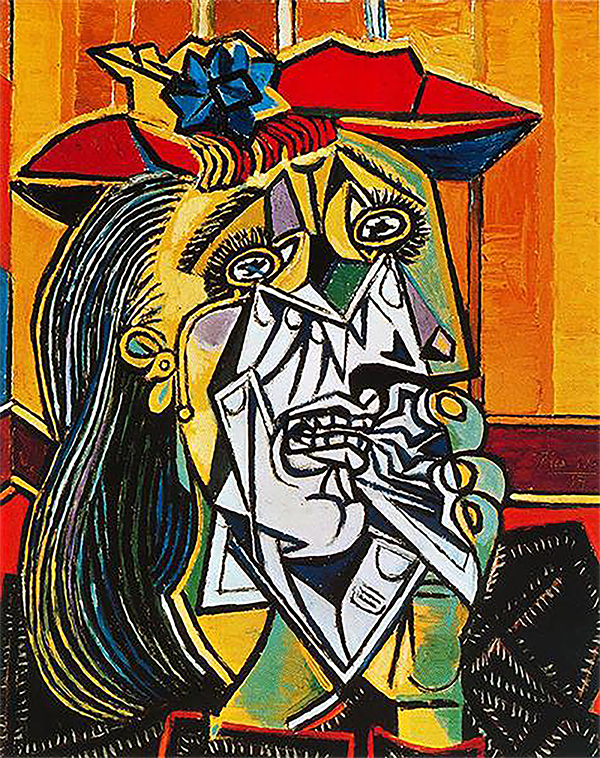 resulting from bombing a Basque village 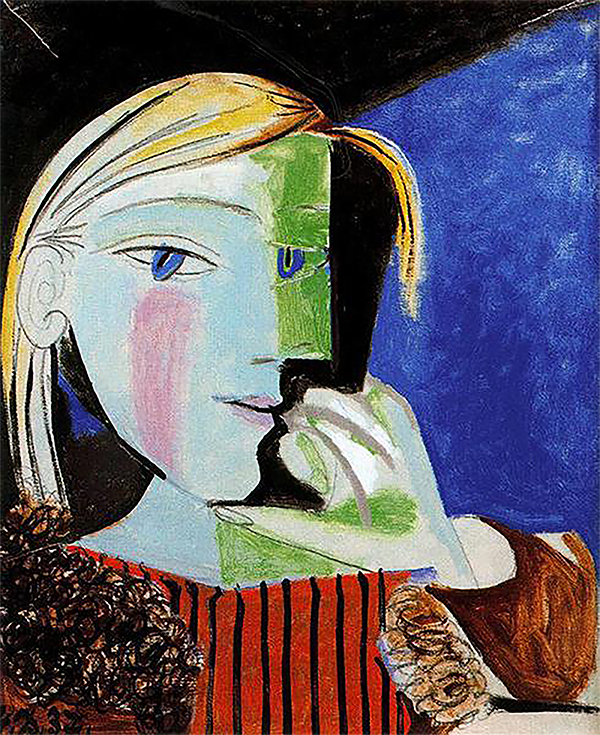 the same year Picasso discovered the new love of his life, 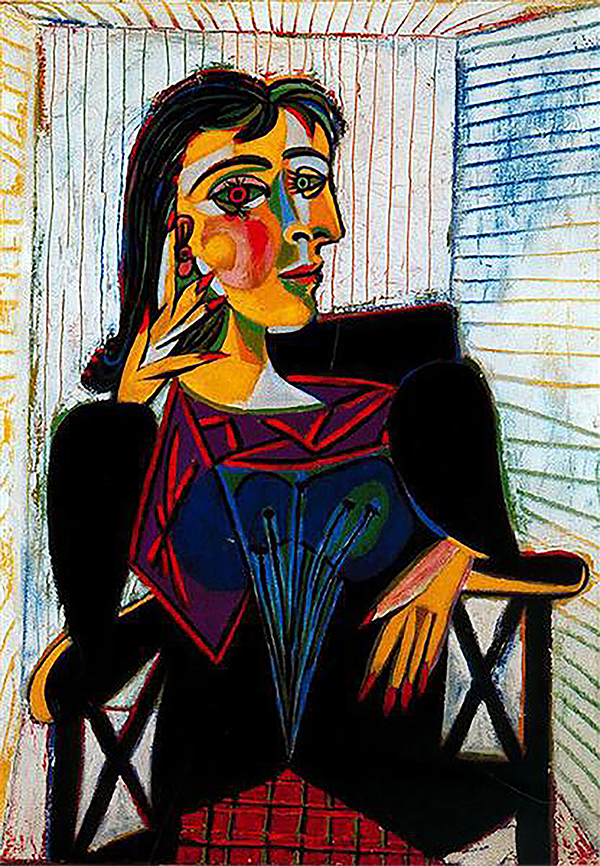 Picasso has eyes only for you, Dora.

She is the model he used for painting 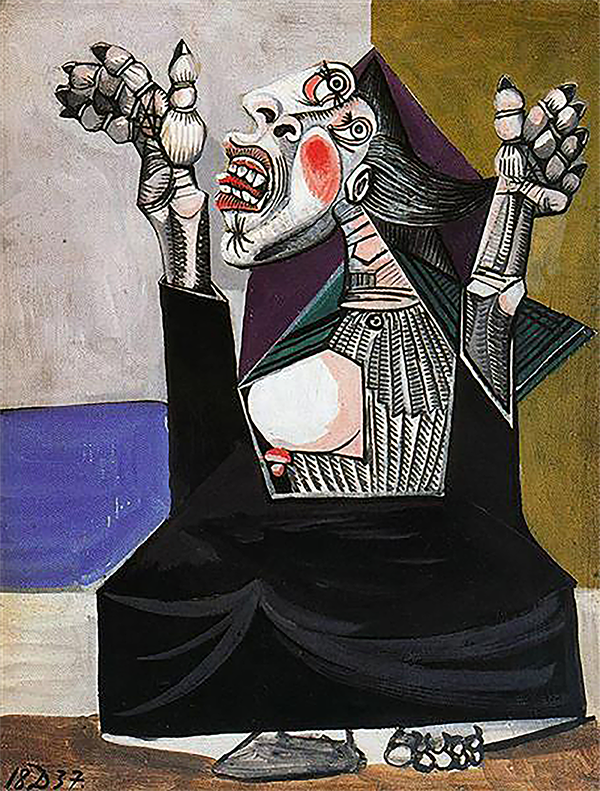 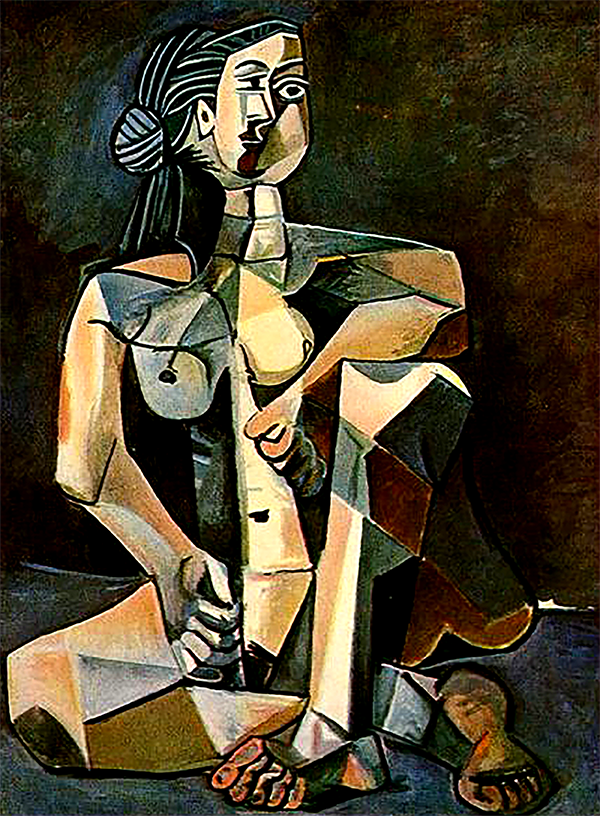 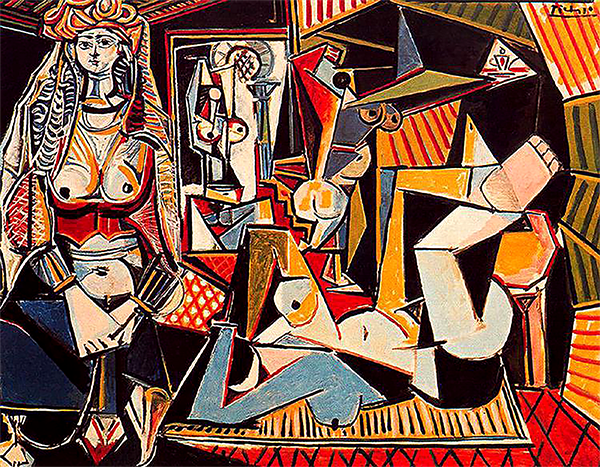 only slowly mellowed, with complexity - as you might expect

from a man of seventy-four. 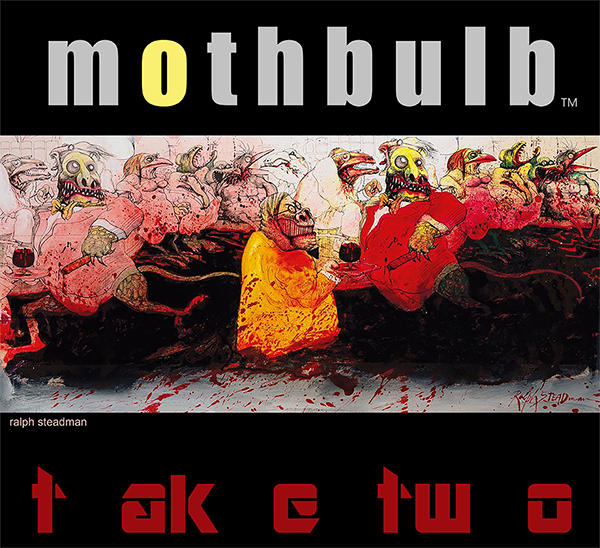 Posted by coldValentine at 4:10 AM