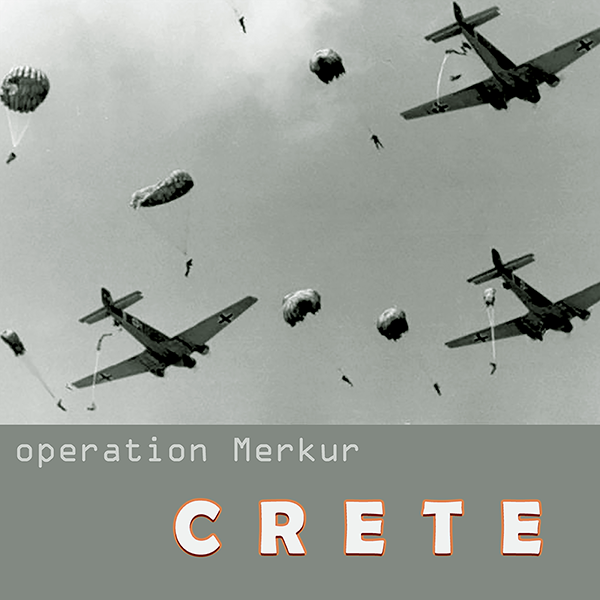 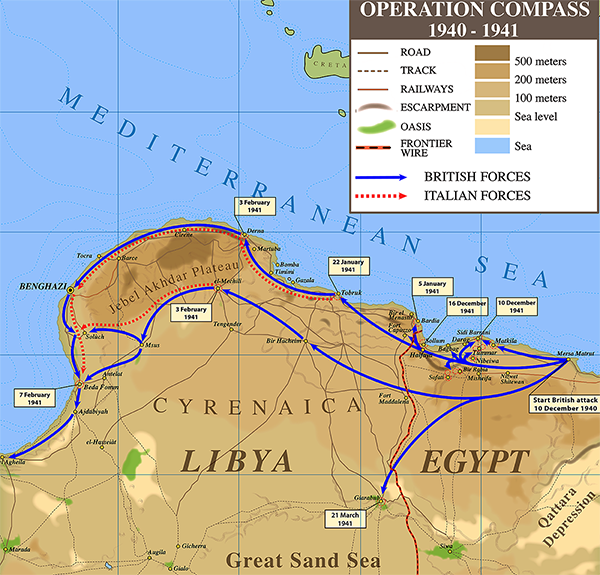 What began as a probing attack by British forces

resulted in the surprising route of the Italian Army

in North Africa.  It would take German intervention

to prevent the complete loss of the Mediterranean 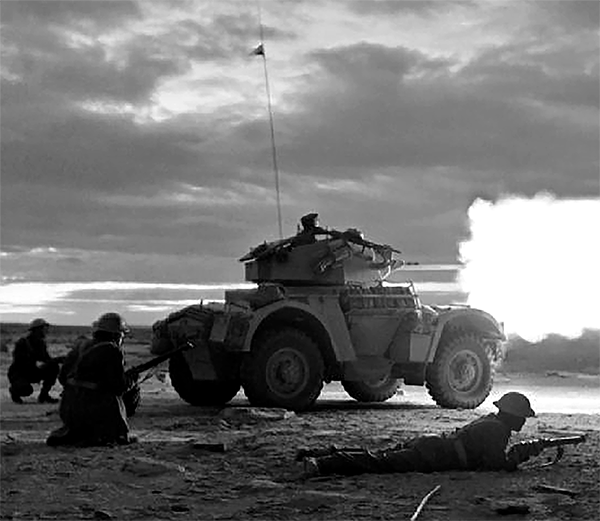 Britain's victory in Libya frees up troops for Greece.

With Italy on the ropes in North Africa

to Greece in order to protect that nation's 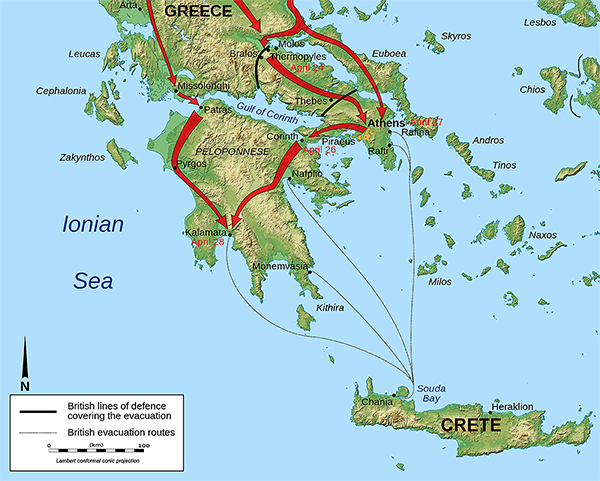 Hitler will not tolerate Churchill's presence on his flank.

Britain's presence in Greece would eventually include

RAF bombers that could threaten Hitler's source of energy -

the Romanian oil fields at Ploesti. 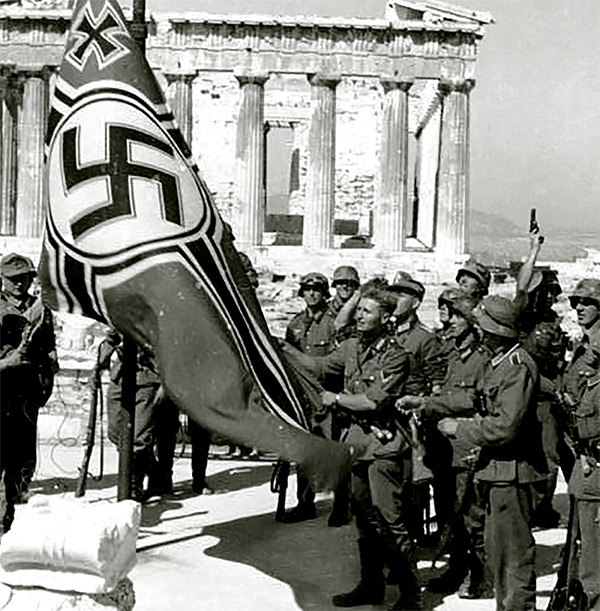 The forces available for Churchill's venture were

a mere half-measure of what would be needed

to match German aircraft and armor.

Britain once again abandoned its tanks to its enemy

as its infantry made a hasty retreat to ships offshore. 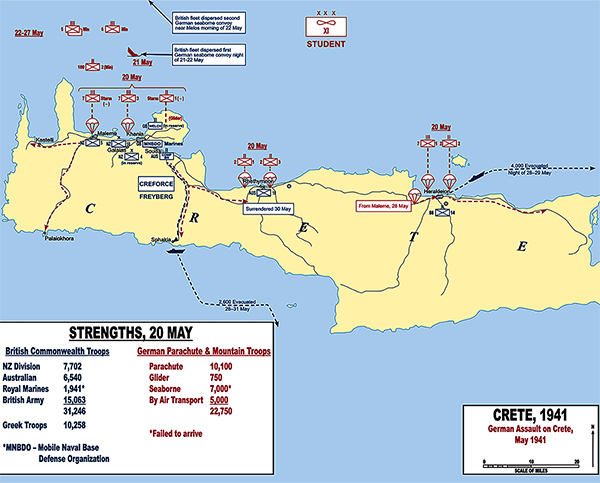 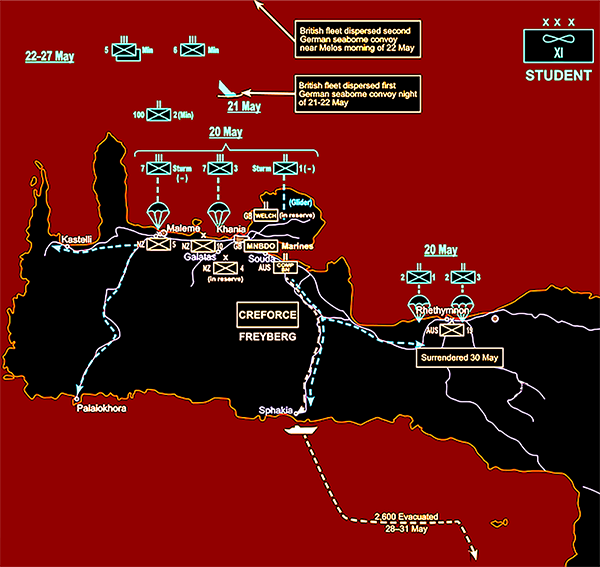 Britain makes another getaway by sea. 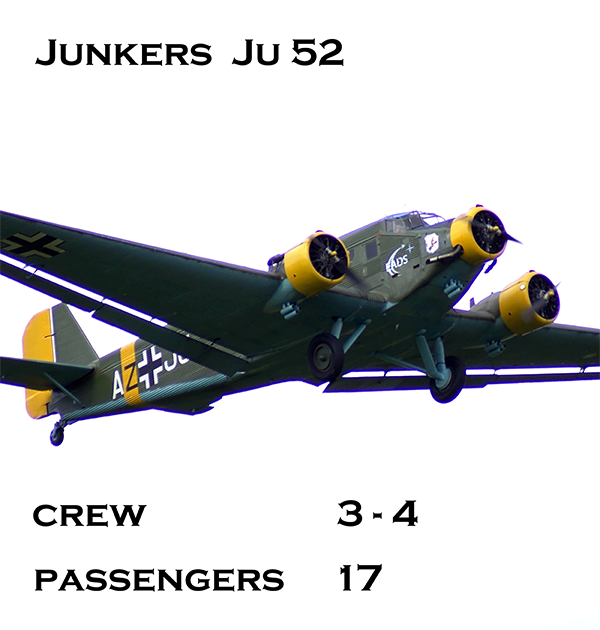 The Ju-52 was the Luftwaffe's transport workhorse. 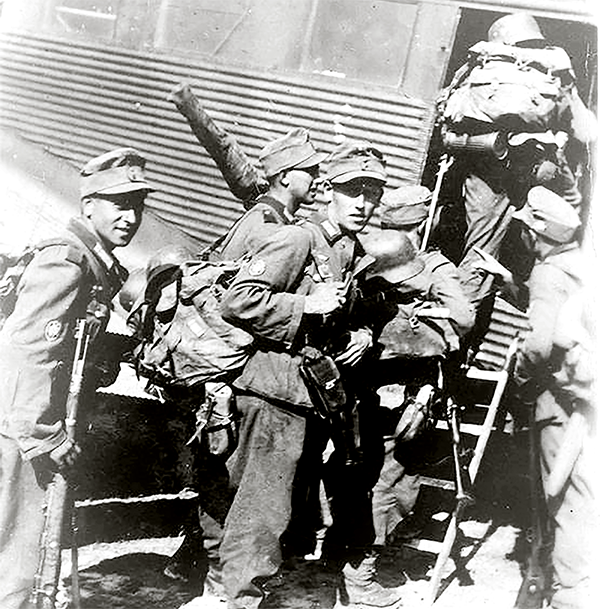 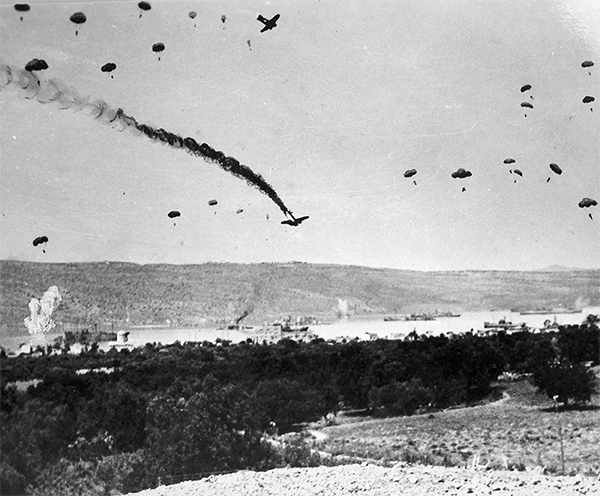 and hunters beneath sight in

on them as they would ducks

in a sporting event. 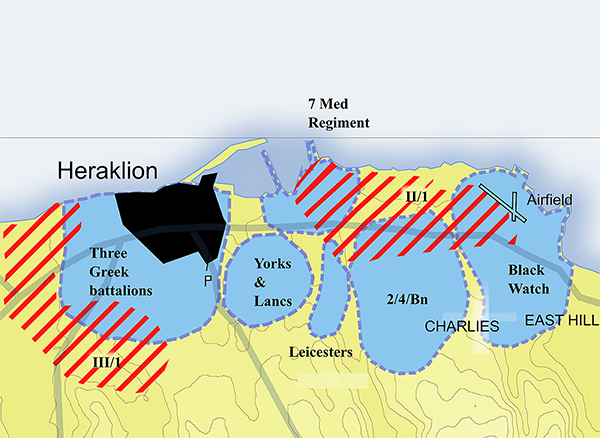 Though being outnumbered 2 to 1 German infantry

forced Britain to rely on the sea for escape 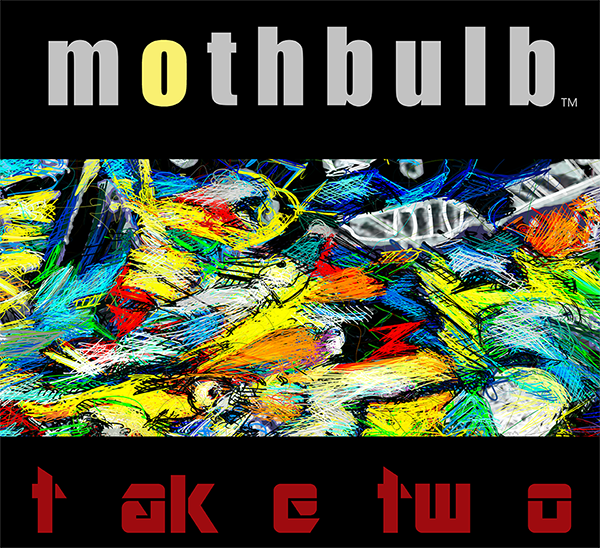