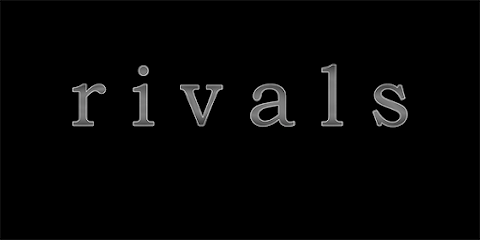 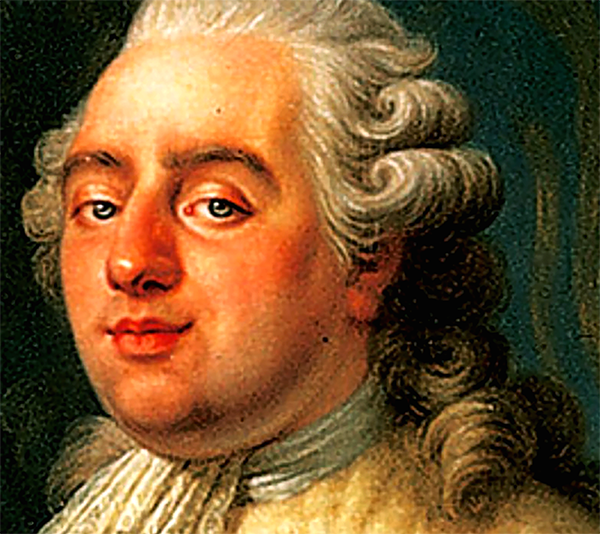 King Louis XVI of France was an unlikely hero of the American Revolution but his fleet's blockade of Yorktown enabled Washington to checkmate the British troops trapped there and win independence for the colonies.  Payback was the French monarch's reward in engineering England's defeat in 1781.  Not twenty years prior it was the British expelling France from North America in the French and Indian War.  Now with both nations removed from the domain there was little to resist colonial expansion west and the birth of a new republic.

As for the young French monarch, he was a man out of time. 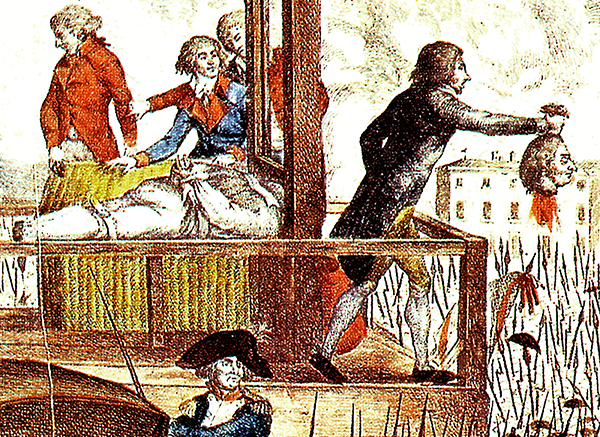 Thomas Jefferson viewed French reformers as kindred spirits in republicanism - power residing with the people.  John Adams saw these same revolutionaries as dreamy, ill-informed novices ill-prepared to hold power.  Both men while serving as diplomats to France saw the nation as a powder keg ready to blow.  War, debt and stagnant economics had people already simmering when the affairs of state were handed off to nineteen year old Louis XVI in 1774.  Aristocracy was ill-suited for the times.  Louis knew it.  Attempts were made for a peaceful transition to constitutional monarchy but storming the Bastille in 1789 turned the French Revolution into carnage and confusion, overseen with cruelty and oppression.

A black-eye for republicanism, fears Adams.  Does this mean you won't be honoring your alliance with the United States? 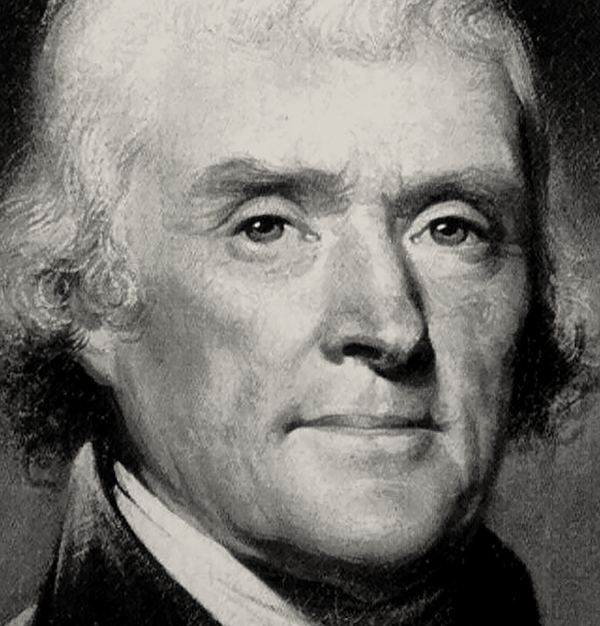 As author of the Declaration of Independence how could Thomas Jefferson not meddle in French reform under the monarch's nose while Minister to France?  Jefferson sees a French constitutional system ahead.  They are "awakened by our revolution."  About the time of the Bastille, Washington calls Jefferson home to be his Secretary of State.  Jefferson had hoped to be part of the unfurling of a new French republic.  Instead he was to return to a Federalist Philadelphia and serve people having a fundamentally different vision for America than his. 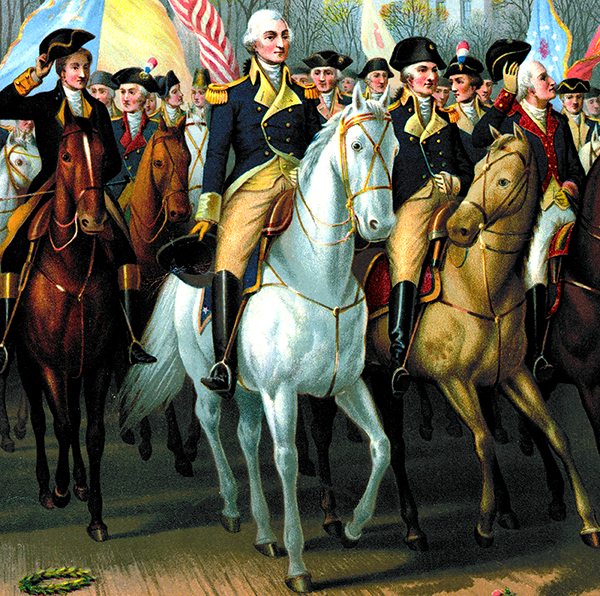 Upon leaving the army George Washington pledges to never again hold public office.  Not with this government, anyway.  To its last the war had been verging on defeat.  Congress had no money to supply the army.  Yorktown was the hail Mary that worked.

In September, 1788 a new Constitution had been ratified and a government was being formed in Philadelphia.  Alexander Hamilton writes Washington a letter requesting him to be their president.  His selection was the unanimous choice of the Electoral College.  Refusing to serve would leave everyone with a sense of desertion.

Washington's consent meant Hamilton would play an important role as Secretary of the Treasury.  Hamilton's policies on money and power were controversial but were also shared by Washington.  His stature insured unpopular measures would go largely unchallenged.  Political criticisms voiced against Washington's administration were directed at Hamilton - not Washington.  At least through the first term the president remained largely an untouchable. 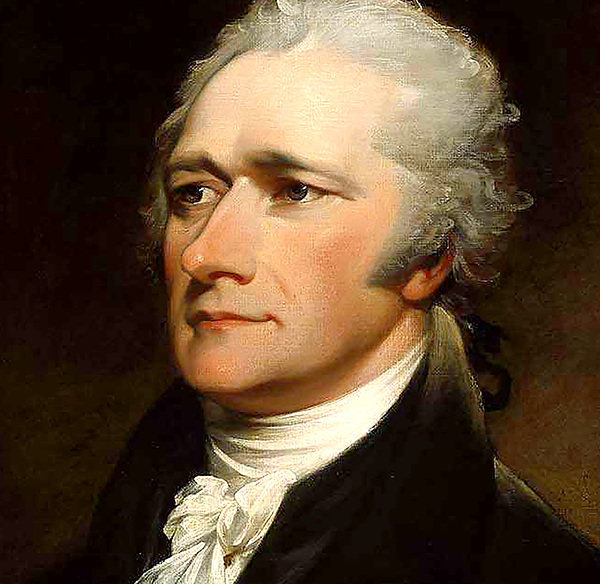 Son of a Scottish drifter, Alexander Hamilton spent his short boyhood on St. Croix, an island where more than ninety percent of the population was enslaved.  An orphan by twelve Hamilton begins work as a clerk for a mercantile firm having connections in New York.  Four years later his employer sends him off to what is now Columbia University.  In 1775 he quits school and joins the Revolution, soldiering with Washington's ragtag army.  Within two years he is one of Washington's aide-de-camp.  Hamilton has the daring needed to dazzle powerful men with his brilliance.  His rise is meteoric.
The moneyed interests of the Northern states endorsed Hamilton's efforts to transform a collection of agrarian states into a nation running on economic capitalism.  He believed government should promote the building of mills and factories as manufacturing was the true source of national power.  With no money of its own, Hamilton wanted America to mend its ties with England so the United States could attract British investment.  Commerce needed to think big - continental, all the Atlantic was their market.
Thomas Jefferson's vision of a republic was one populated mostly with small farms.  The government would be local, exercising only enough authority to do minimal harm to its citizens.  Freedom was a plot of land and the right to think what you please without the intrusions of powerful interests.  For Jefferson Hamilton's priority for generating wealth was an appeal to greed and a corruption of revolutionary values. 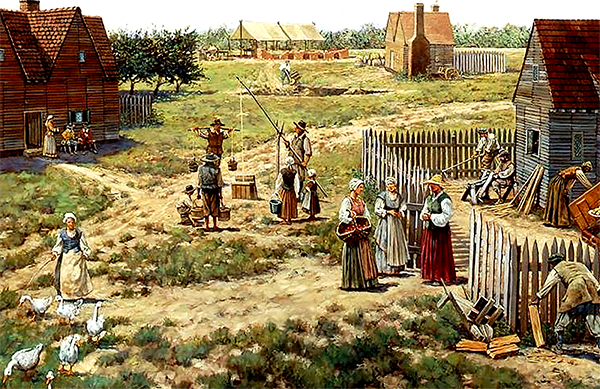 Hamilton was on a Congressional win streak without any organized opposition.  Those hoping to preserve the current order would naturally rally round Thomas Jefferson, champion of individual rights.  These were people one irate Virginia planter described as neighbors who "conceived himself, in every respect, my equal."
Here was the egalitarian spirit Jefferson needed to harvest as votes against Hamilton's Federal agenda for financial empire.  Prior to the 1792 election Jefferson, along with his friend James Madison, toured the backcountry in an effort at grass roots organization under a banner Madison suggested calling the Republican party.  This was not the party of Lincoln.  Jefferson was a Democrat before the word had a polite meaning. 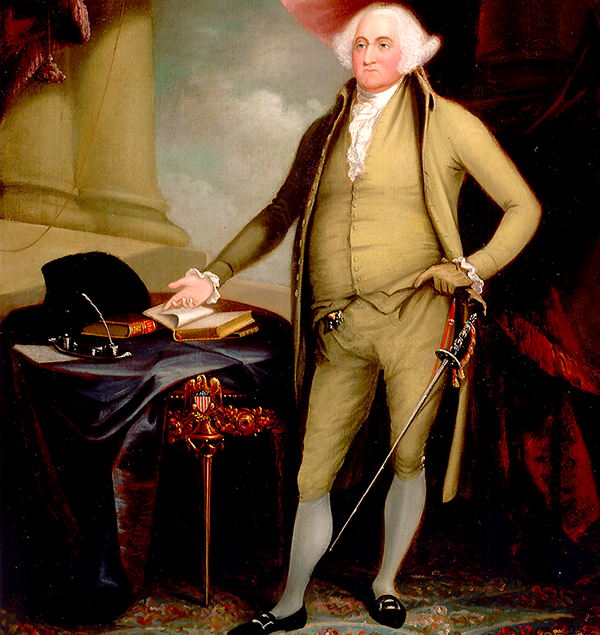 Thomas Jefferson's political foil would turn out to be his good friend John Adams, Washington's vice president and heir to the presidency in 1796 because of the continued Federalist dominance of the Electoral College.  Adams would make a worthy adversary for Jefferson.  His fearless nature was evident as early as 1770 when he successfully defended the British Troops accused of murder in the Boston Massacre.  Adams made lifelong friendships despite the fact he "regarded an argument as the ideal form of conversation."
The presidential contest of 1800 pitting John Adams against Thomas Jefferson was a raw, bare knuckled partisan brawl.  With Washington retired from the scene the Founding Fathers freed their passions attacking the other's vision of what it was the Revolution meant.  Twenty-five years earlier these revolutionaries were willing to die for what they believed.  Here now, though, was the first real test as to whether the clash of convictions could be resolved in a peaceful, democratic fashion.  It would take faith in rule governed foremost by the law of the new and, as yet, untested Constitution. 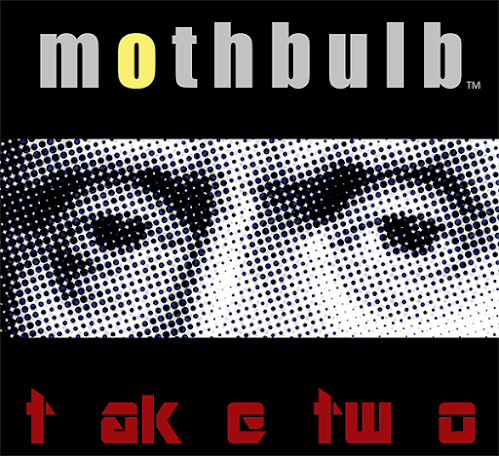