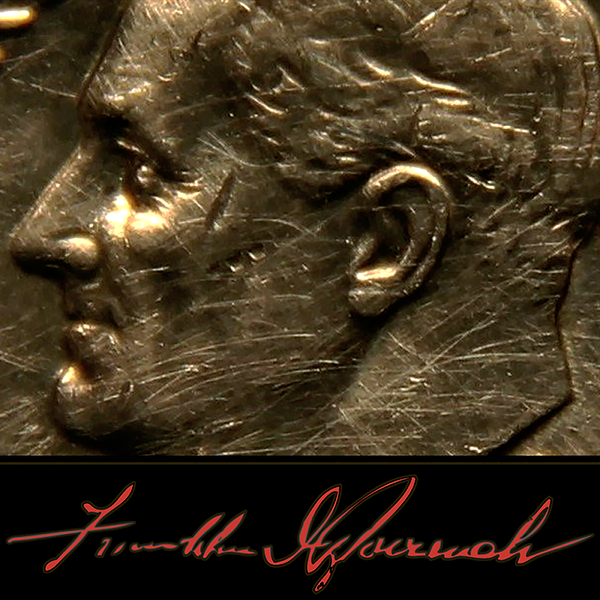 "What is clearer than that the framers meant the President

to be the chief executive in peace and in war the 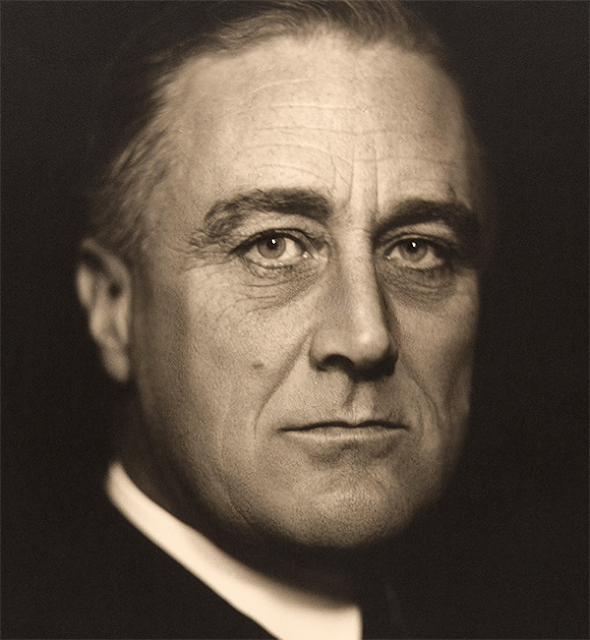 The difficult passage of Roosevelt's Lend-Lease Bill through Congress

prevents him from meeting with Prime Minister Churchill before the

* provides munitions, aircraft and weapons to Britain on credit

* Arnold argued the planes are needed for America's own security

* Roosevelt would have none of it.  Looking at Arnold he said:

* Churchill is the political leader of a fading colonial power

* Roosevelt feels it imperative to protect Britain but

Roosevelt assessment of his military chiefs of staff:

* little to no faith in their military or political judgment

* Respect them as service chiefs but subordinate to his judgment

* Generals and Admirals may lack necessary initiative and drive

* Germany would conquer Russia in a few weeks

* Britain should abandon their position in North Africa

confronting Nazis / Suez and oil worth

* U.S. Atlantic Fleet should have precedence over Pacific concerns 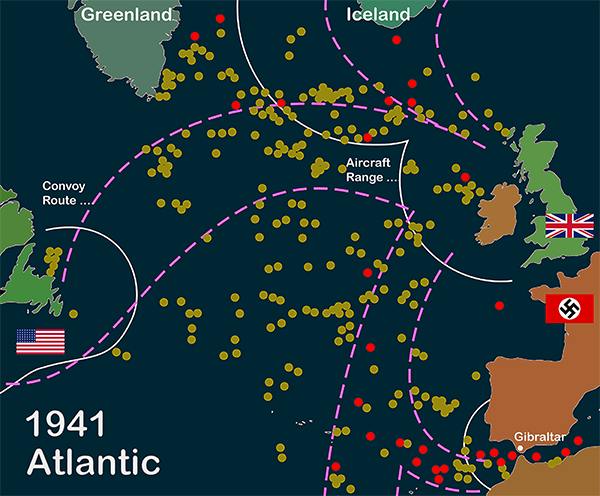 with a New Fury

* Britain has world's most powerful navy to protect its sea lanes

* Germany turns to submarines, its U-boats

Battle of the Atlantic

* Allies' first priority was victory in the Battle of the Atlantic

after only several hours underwater

* ships sit in harbor waiting for convoy to assemble

* arriving all together creates congestion at destination port

* speed and range of aircraft cover larger areas of patrol

* most of Atlantic out of range of land-based aircraft

* Roosevelt takes advantage of Hitler's fear of war with the U.S.

are in open conflict 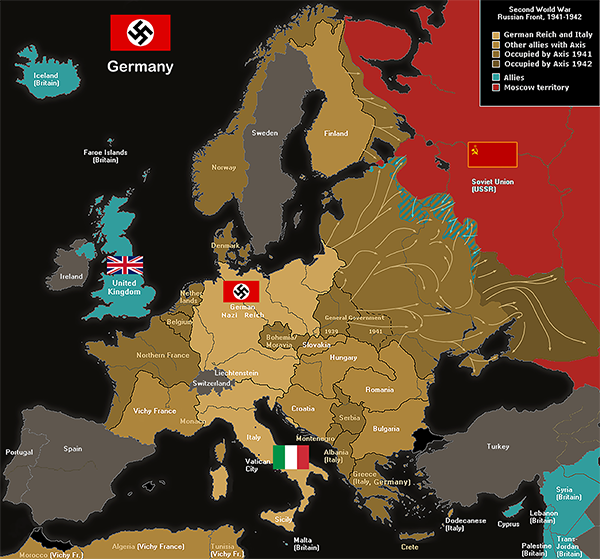 * Shifting objectives due to dispute between Hitler and his generals

* Everyone believed the Soviet Army would quickly collapse

* Germany must have the war won by winter

* Germany loses when drawn into war of attrition

* Third Reich loses in a war of resources with Russia

* Leningrad - uncertain as to reason

* Moscow - the heart of Soviet Union

* Hitler's goals resulted in an unwinnable dispersion of forces

* Only Hitler's army headed toward Moscow had the armor

needed to achieve its goals

* Hitler diverted even this armor to aid his forces

in battles around Kiev and Leningrad

* Moscow and Leningrad would never be taken

the Allies with opportunities to win contests against Nazi forces

in both the Atlantic and the Mediterranean Sea / North Africa. 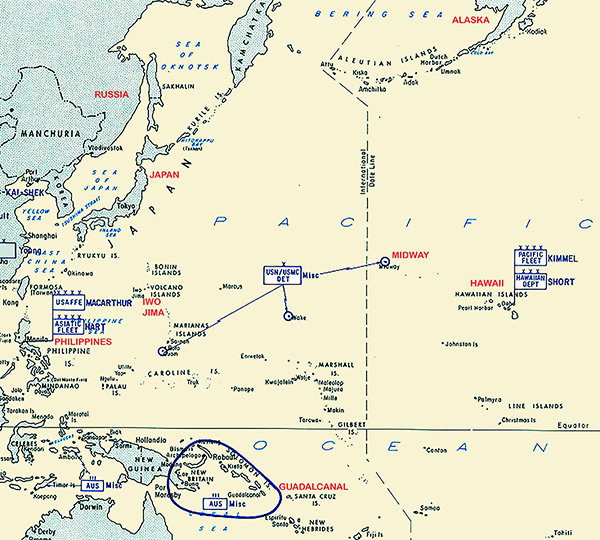 MacArthur Made Chief in Far East

American interests in Asia were based upon trade and its protection.

* used as coaling stations and anchorages

With the outbreak of war in 1914 Japan captures German islands in Pacific:

* Japan fortified these islands as relations with the U.S. deteriorated

* this chain of militarized islands crossing all sea lanes to the

Far East made U.S. defense of its Philippines possession

extremely difficult if not impossible

* better having the American fleet sunk at Pearl Harbor

where ships were salvageable as opposed to being lost

to the depths of the Pacific thousands of miles away

* Germany's defeat of France makes the region a colonial orphan

* Roosevelt responds with an executive order:

* Japan has 18 months of oil reserve

* placing an economic blockade on Japan

* No Japanese government would survive accepting 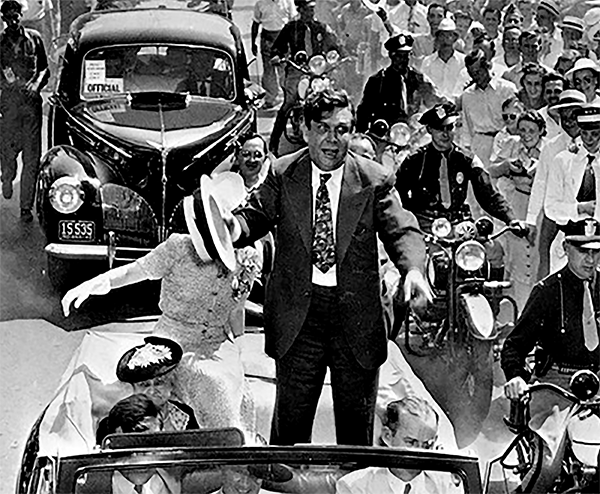 * Roosevelt focus during campaign was on passing 2 defense measures:

* passing a draft law to expand the U.S. Army

* draftees could not leave Western Hemisphere

more important that staying out of the fighting

When asked their preference were there no war in Europe

then voters preferred Willkie over Roosevelt 53% to 47% 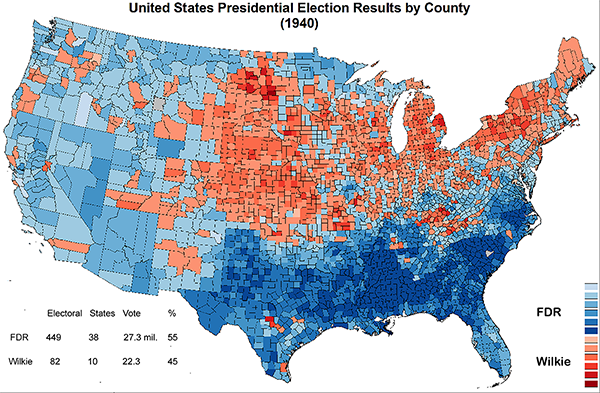 Election night gave Roosevelt his win but he remained

wary of the nation's isolationist sentiments that persisted

as a potent political force until the morning of 7 December

soundly beaten in the Pacific by a force that appeared

from nowhere.  Japanese forces seemed to be attacking

In short order, Hitler declares war on the U.S.

despite his fears of what lie ahead. Now

it was left to him to bring together a war-winning

grand alliance of a Bolshevik, an Imperialist and

an elitist who saw himself born to be president. 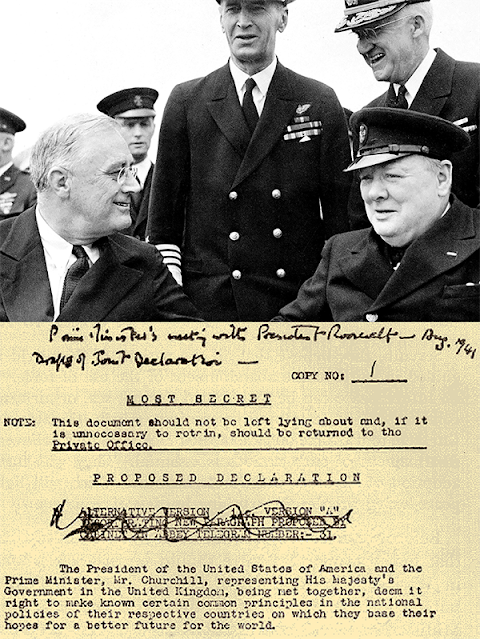 with Roosevelt "to talk over the problem of the defeat of

* based on his Four Freedoms:

* Roosevelt wanted to project strength to Germany and Japan

attempting to mask his country's unpreparedness for war

* He needed to buy time to deal with Hitler, Tojo and

Churchill - all while placating Congress and the public

* Naval station at Argentia ceded to United States by British

in a quid pro quo deal of U.S. destroyers in exchange

* one of 8 bases acquired for 50 destroyers (WWI vintage)

* Majority of American voters oppose being drawn into European war

* Roosevelt has secretly corresponded with Churchill since Poland

* Kennedy was an isolationist and an appeaser / not trusted

* Roosevelt does not allow Marshall to contest his decisions

senseless battles of attrition in World War I

* will not delegate world war to the "professionals"

* asserts his Constitutional authority as commander

* US supplants United Kingdom as guardian of world's democracies     (3 - xii)

* Churchill wants an alliance with the U.S. because that is how the war is won

* Any foreign entanglement leading to war is politically toxic for Roosevelt 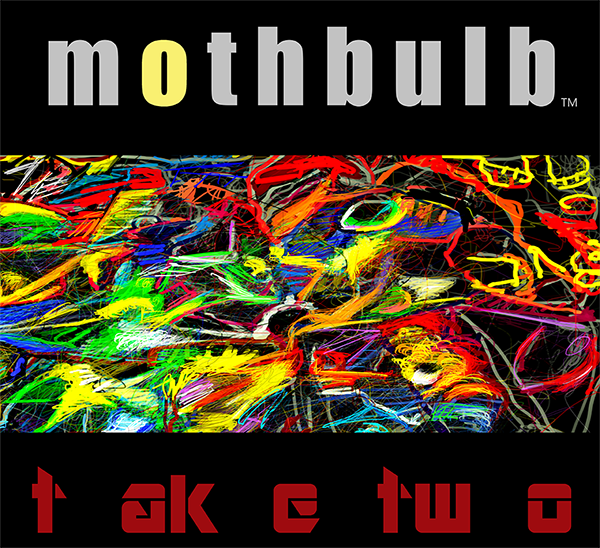 Franklin Delano Roosevelt, His Lieutenants, and their War

4.  The Second World War / Asia and the Pacific

5.  The Second World War / Europe and the Mediterranean