Letter to My Son
Sunday, 6 January

I suppose amnesia is the most effective way to start over with a clean slate.  Cutting off all human links with the past and losing yourself in a foreign country would be another attempt at starting over but you would drag your memory with you.  Both of these efforts to escape your past seem impractical for those of us that settle for a simple New Year’s resolution.

I wonder what dreams people have that suffer from amnesia.  Do they reveal something of the history that has been lost to our conscious mind?  Last night I dreamt I woke to find both my family and the front door gone.  Were I an amnesiac what is it that I could take away with that? 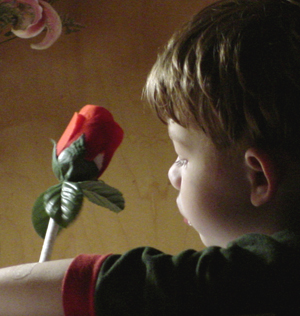 Happy New Year!  This is my first opportunity to use the number 2013.  Notice they contain the first four numbers, starting with zero – the number for nothing.  One might think it odd to account for nothing but, as it turns out, nothing counts.  Apparently it was the Arabs that determined the need for a ‘no amount’ number.  The Romans couldn't see the use of a number that represented nothing.  Imagine how difficult it would be to do math with Roman numerals?  Whoever it was that first saw the use for a number meaning zero amount deserves a Nobel Prize.  It would be no small task explaining to people the need for representing nothing to count as well as the usefulness of placing a zero to the right of every number evenly divisible by ten, then adding an additional zero indicating ten times the initial denomination of ten.

Zero seems such a small creation.  It’s importance may seem obvious to us now but for people of ancient times it just sounded nonsensical, counter intuitive.  If there is nothing to count, why would I want to count it?  Of course, it’s become more than just zero.  It is a convenient way of representing a number’s size.  The Roman’s had to use different letters to represent units of ten:  X = 10; L = 50; C = 100; D = 500; M = 1,000.  You can quickly see how clumsy the system is when you compare the Arabic 1910 with the Roman:  MDCCCCX.  The year 1918 becomes MDCCCCXVIII.  The Roman numeric tools discouraged the development of advanced math such as algebra (an Arabic word, by the way, as is zero itself) and calculus.  Roman numerals today are limited mostly to decorative representations of dates.  They are in a race towards oblivion with Latin.  At least Latin gives us a relational understanding of the contemporary languages it spawned, including Italian, Spanish and French.  Historians and anthropologists can study the relationships between people by finding similarities in their diverse languages.

English is an interesting blend of cultural influences.  A group of people dominant in a particular field often lent their words to other languages.  Many of our scientific terms are based on Greek words, reflecting the initial thoughts of Greek philosophers, such as Aristotle.  Latin phrases are pervasive in the vocabulary of law.  Words relating to music, such as piano, reflect ’s one time dominance in Western music.  The success of Napoleonic France militarily has contributed words like lieutenant and sergeant, among others.  The pervasive reach of American culture has contributed its share of words to the world’s vocabulary.  Ideas are shaped in the human mind through the tools of language.  In this regard, words have been seen by some societies as subversive, a form of cultural imperialism.  The French government has long discouraged the use of American terms, much as English teachers regard slang expressions as terms that coarsen our culture.

Ideas, and their products, are infectious.  Governments that try to suppress popular movements in philosophy, politics and the arts will find they fight a losing battle.  At most they buy themselves only time.  The people of this world are becoming too interconnected for governments to successfully isolate their population from outside influences.  The unprecedented explosive success of Facebook and other social media dramatically demonstrates the desire for people everywhere to connect and exchange information relevant to them in real time.  A dynamic society requires computers capable of sharing with one another.  Today’s computers are the size of a phone that slips into one’s pocket.  The potential of our growing global conversation for human advancement is incredibly exciting.  It is also subversive to repressive governments wishing to keep their society isolated from the rest of humanity.  It’s like insisting on the use of Roman Numerals while everyone else is calculating clickity-clack with the use of the Arabic zero through nine.  A thumb in the dike won’t long hold back the flood of progress.

Posted by coldValentine at 11:48 AM