Letter to my Son
Sunday, 15 March

Saturday was a day to become reacquainted with the ocean even though it rained off and on through the day and into the night. 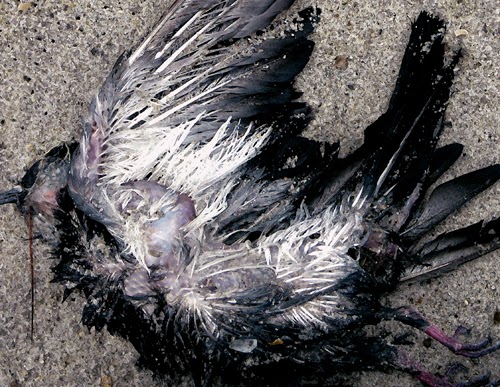 One of the stories of the day was a bird’s life ending.  It’s body returned by the sea to the shore for further processing. 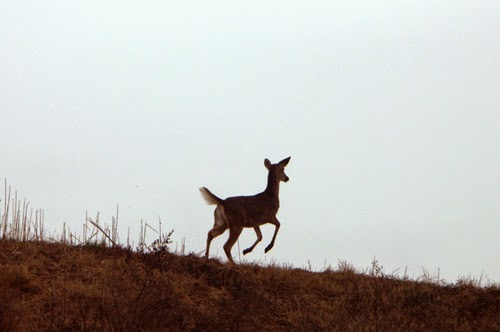 Deer are plentiful in the Carolinas making night trips on rural roads hazardous.  It doesn’t take much to flush these animals into a panic run. 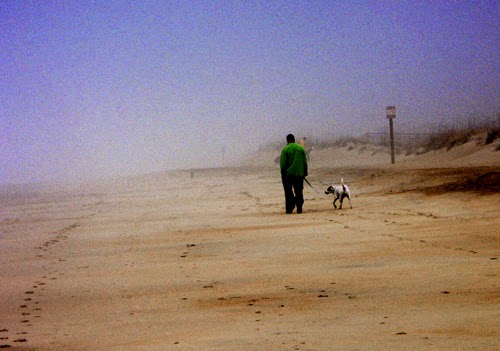 As of April 1 no more dogs on the beach.  It’s time for the offspring of sea turtles to hatch and make their hazard-filled scurry for the water’s edge. 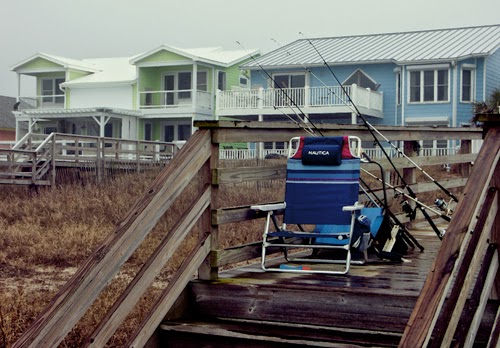 The shoreline is a nature preserve right up to the back of people’s homes. 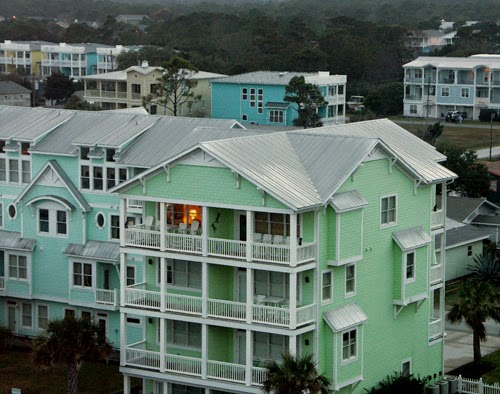 This is the small seaside town of Kure Beach.  It’s pronounced kind of like the dinner dish curry but actually more like cure-ee. 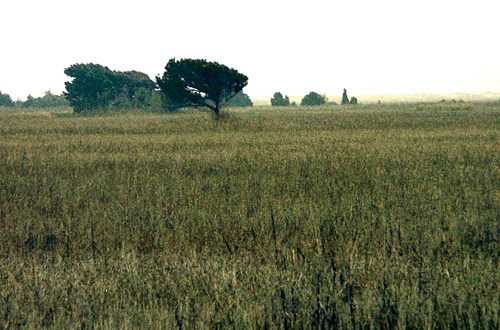 There are stretches of marsh scattered throughout the area. 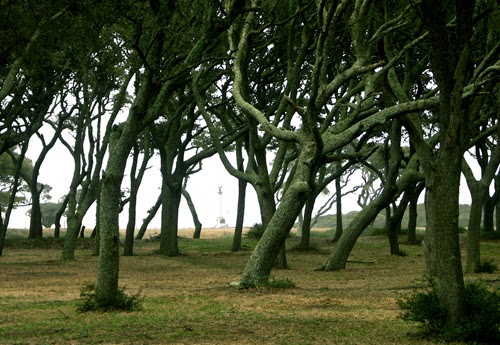 The trees grow bent from constant ocean wind.  Their bark is green with lichen. 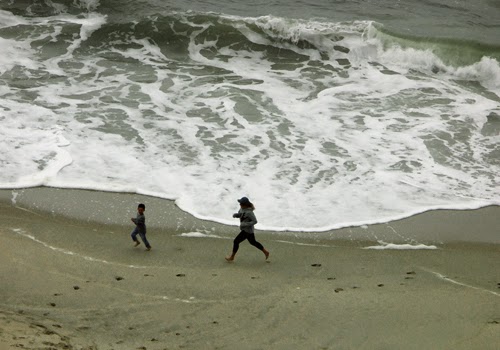 Yes it was rainy but it was warm enough for this mom to chase her son up the beach. 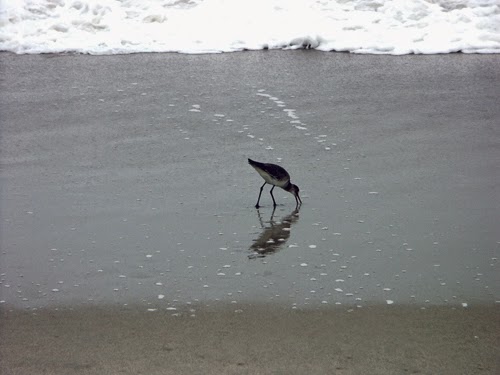 A good number of birds come to Kure Beach for the seafood. 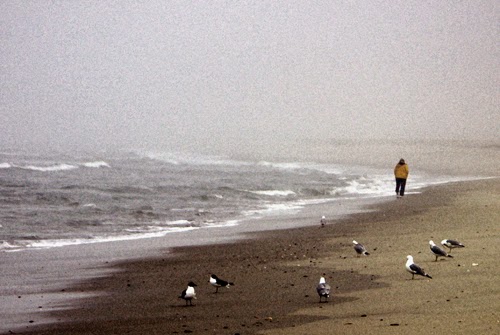 You know how problems are better handled when thought through on an early morning walk along the surf. 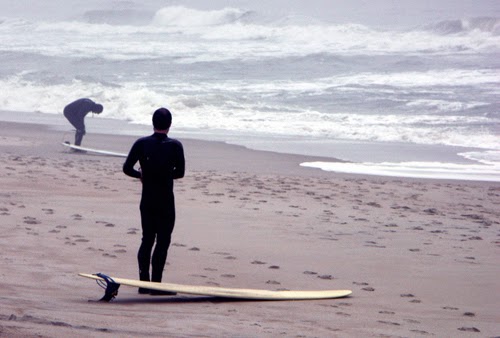 Wetsuits are a must if you’re going to enjoy surfing in Carolina March water. 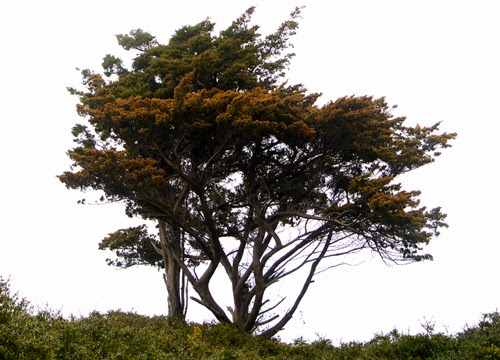 Yeah, I've already mentioned the trees but these two make a good couple.  And you know with trees it’s almost always not until death do they part . 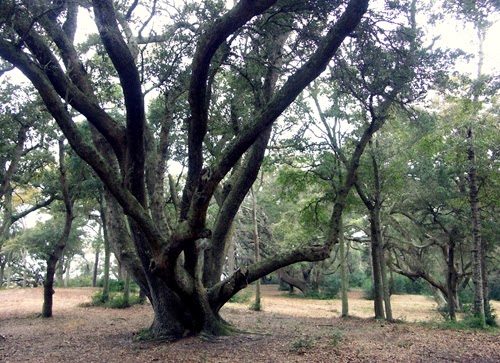 This one seemed alone even though he reached out to those around him. 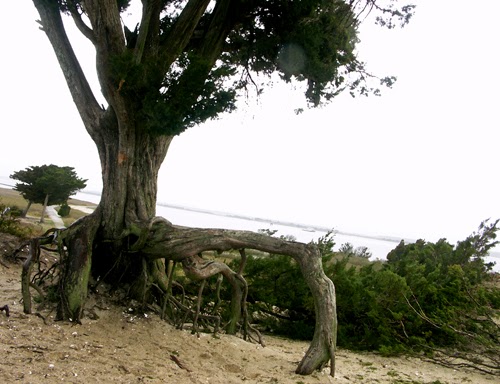 There’s a definite downside to being a tree.  For one thing you exist but you probably don’t know it.  You’re stuck in one spot forever so it doesn’t much matter whether you are aware of your surroundings.  What’s the point of being a plant?  Life is of no consequence to you because there is no you to you.  You’re thoughtless wood and leaves.

At least that’s what we think now.  But if there are other forms of intelligence than ours in the universe we probably wouldn’t recognize it, either.  Here’s a thought.  Imagine the Earth subjugated by aliens from outer space who weren’t smart enough to pass our SAT test.  They’d brush us off by saying our way of thinking is primitive and irrelevant to them.  Our thoughts are quaint, along the lines of sticking pins in voodoo dolls. 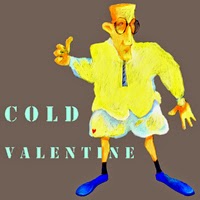 Posted by coldValentine at 12:52 AM