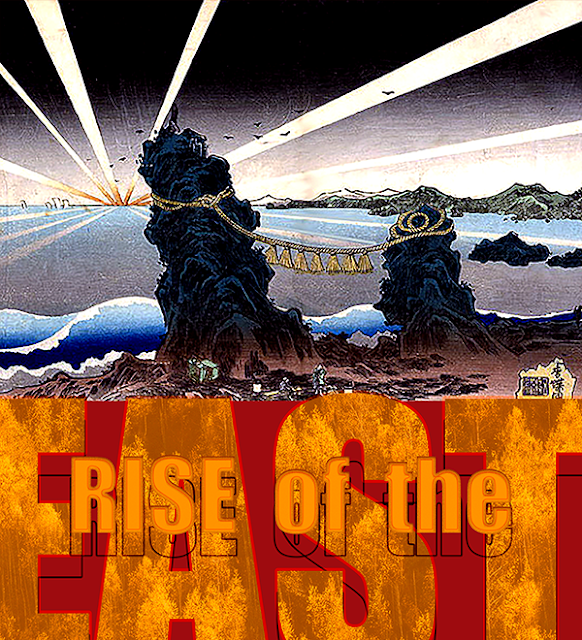 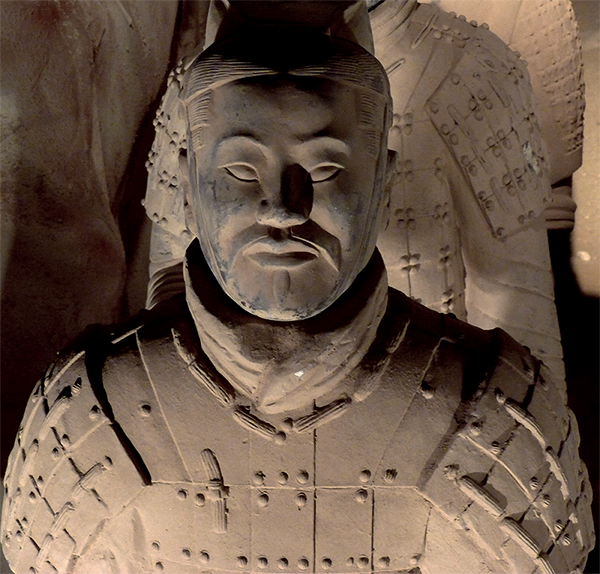 center of the universe

all culture is China

mother to all human civilization

all know this to be true 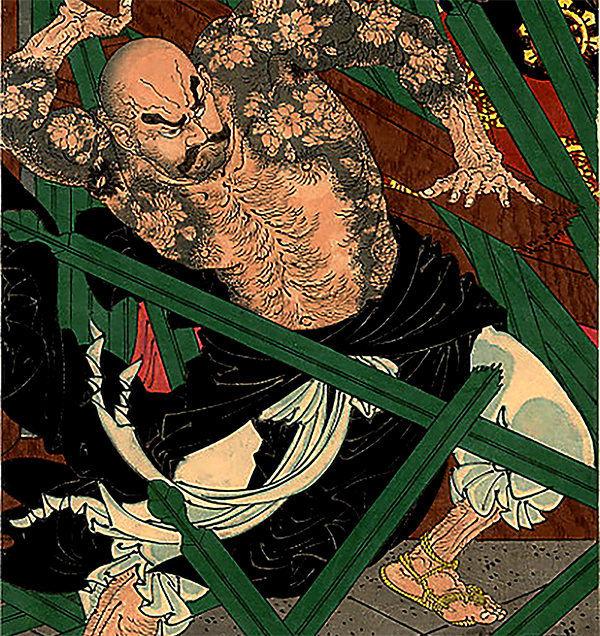 its commander heard howling to the sky

before disappearing beneath the waves

amidst his unfortunate, despairing compatriots.

The natural order of the universe remains 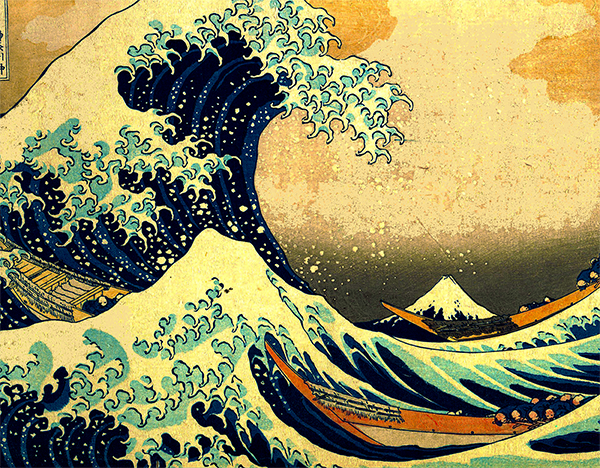 descendent of the great Mongolian leader

Genghis Khan, conqueror of all China,

sends his vast fleet to invade and subdue

the sea swallowing up his floundering vessels,

sending his drowned army to the greatest depth

of the ocean to provide food for nature's

Japan remains free through divine will. 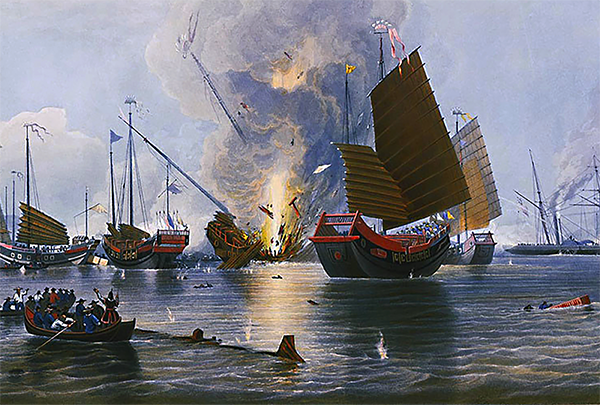 Where the Japanese are intrigued by the

the Chinese are blasé and can't be bothered.

China's the center of the universe.  If they

don't make it they don't need it.  Except

for the opium the British provide.  They can't

and Britain is happy to oblige.

The Emperor recognizes the problem and

declares the drug illegal.  One government

official takes it upon himself to have a

burned to the ground.  This makes for a

perfect moment to have the English hammer

come down hard on the Emperor's hapless

The outcome will be a sweetheart deal

given the British in return for peace. 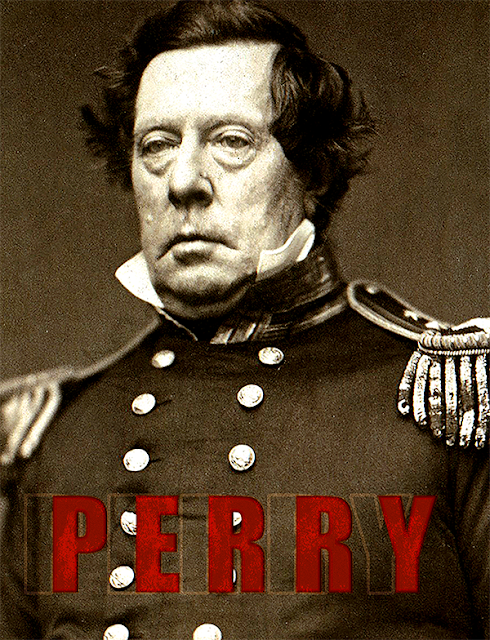 In 1853, seven years before Lincoln became president, an

Matthew Perry  told the Japanese Emperor, on behalf of the US,

his kingdom was now open to the outside world.  Thus began

of medieval Shogunate rule.  People saw the benefit in what

the foreigners gave them - a better life through education,

resources that are often not readily available.

Take Britain and Japan as a for instance.   People striving

despite a homeland resource poor.  What to do?

How do you get a needed resource when the owner says

no sale?  You tell them it's not really theirs and you take it

away from them.   It's called imperialism.  But it's nothing new.

It's just throwing your weight around if you can

get away with it.  You can't let No stand in your way. 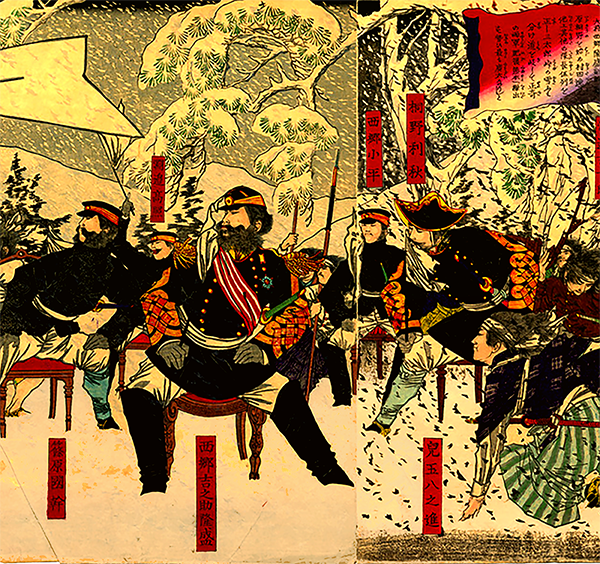 Welcome to the Modern World

The Emperor is once again Center to the Political World

A Constitution has been adopted.

There is an elected Parliament.

The nation is rapidly industrializing.

People begin thinking about being on time.

Clocks are everywhere.  Punctuality is cool. 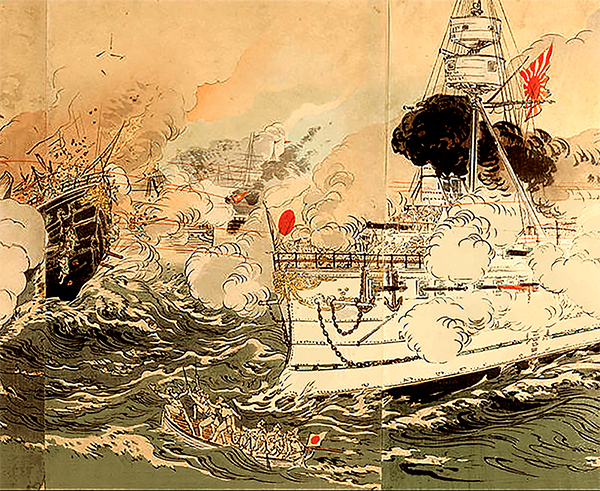 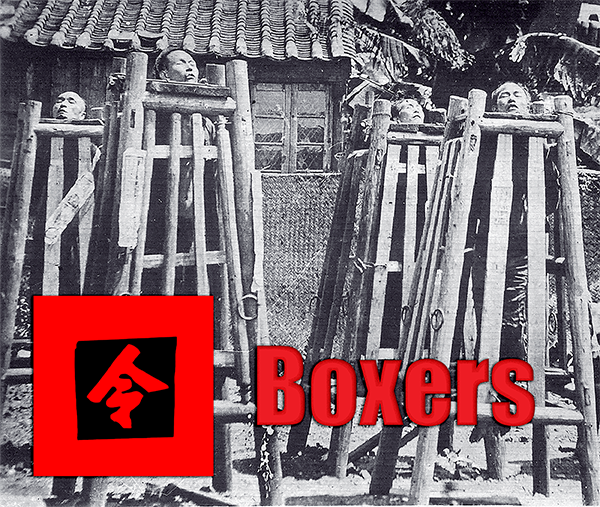 The Boxers was a movement to throw foreigners

out of China, ridding their land of all western influence

particularly those Christian missionaries who were seen

the U.S. and Japan, among others.  Together they routed

the Boxer army along with the Emperor's own forces who

were in league with the rebellion.  Rebels were rounded up

and summarily executed, often by death through 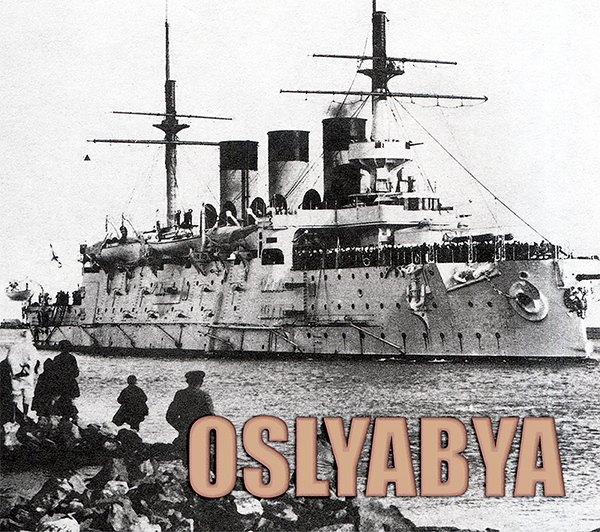 In 1905 the Russian Empire was embarrassed

by their military defeat in Manchuria to Japan

and their loss of Port Arthur, an important port

along the Chinese coast near Korea.

In response, the Czar sent his Baltic Fleet

over 18,000 miles to punish the upstart Japanese.

The voyage around the horn of Africa, across

the Indian Ocean and through the South China Sea

in the Tsushima Strait, midway between Honshu,

Japan and the southern tip of Korea.  Three years

prior to this engagement Japan had purchased

with this contest in mind.  Japan's greater speed

Word rapidly spread across the world of

the great military victory of an Asiatic people

over the powerful white European colonialists. 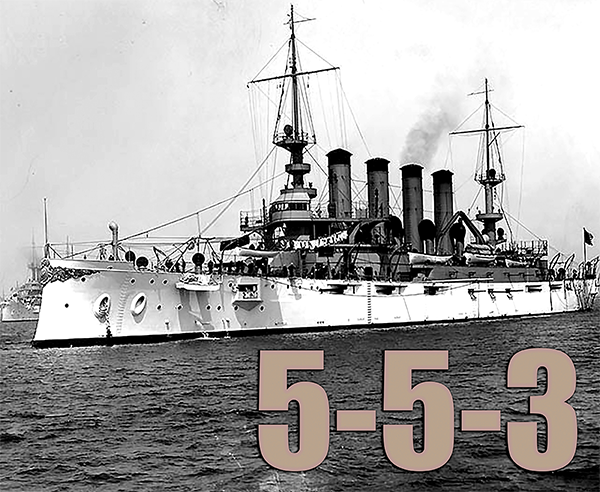 This whole treaty was political poison for the

Japanese politician.  The agreement, billed as a

disarmament treaty, insured Japan was the

inferior partner for the next ten years in this

three-way accord.   It was all about ratios.

For instance:  if Britain could build 5 battleships

then America could also build 5 battleships

but Japan was limited to 3.

Britain and America would tell you they spread

their navy around the globe.  Japan need only concern

themselves with their portion of the Pacific.

From this perspective Japan actually had the superior

navy in their region of concern.

Japanese nationalists would have nothing of

this argument.  The agreement was an insult to

national pride and Japanese officials who had

signed off on this treaty were in fear

of their lives.  For good reason. 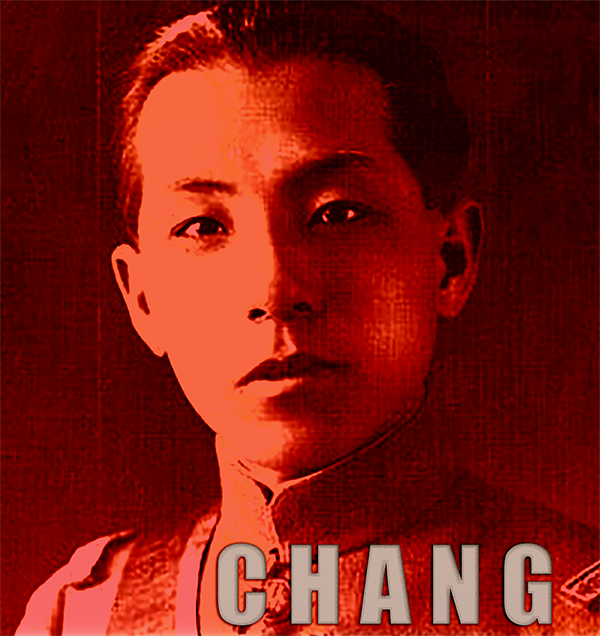 ended their control of Manchuria.  A railroad the Russians

had gone to great expense to build about Manchuria

along the rail line brought law and order to a sparsely

Hundreds of thousands of Chinese, Japanese and

Korean settlers swarmed into the area.

in Manchuria, took it upon themselves to begin a campaign

to take over Manchuria and make it a part of Japan.

They began their effort by first assassinating Manchuria's 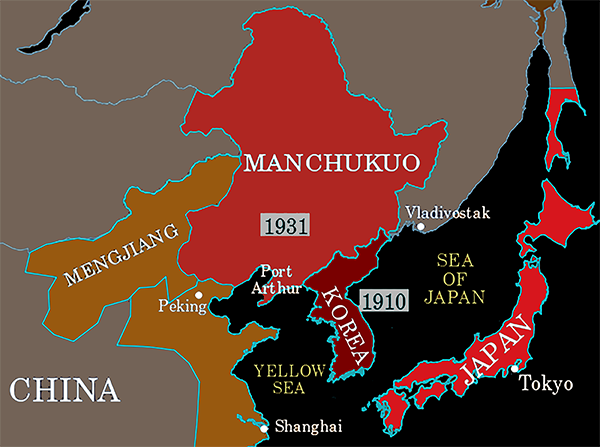 into prosperity, the answer to widespread

industrialize has led to overpopulation and

agitation among the growing number of

are the resources necessary for Japan

to become a great nation.

One nation stands in their way.  The United States. 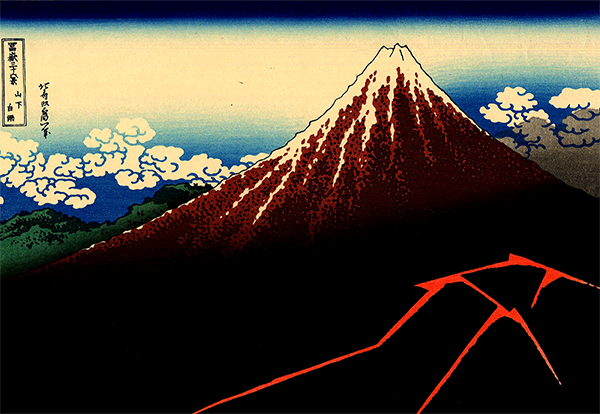 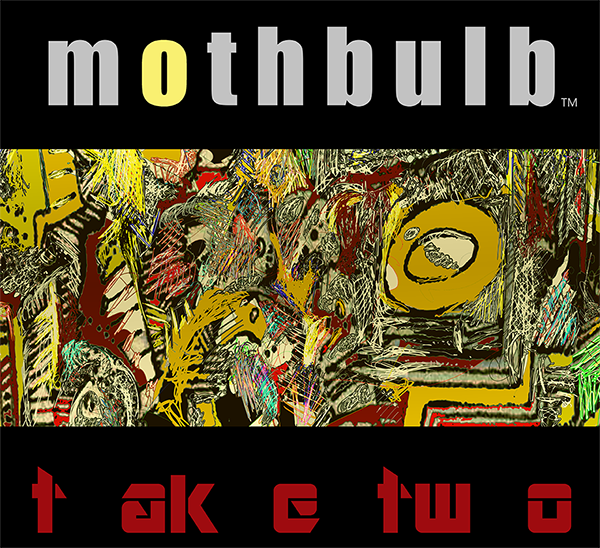