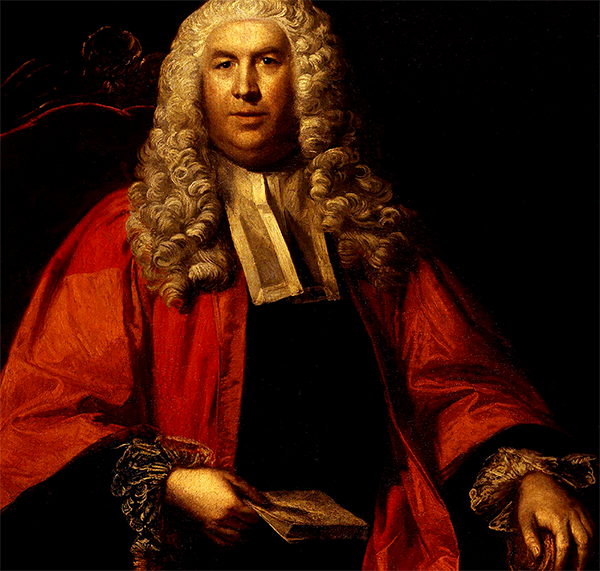 William Blackstone's Commentaries on the Laws of England was must reading for any American colonist seriously considering a career in the law.

You don't fabricate a new country's legal system from imaginative vapors.  To do so would be to break with the prevailing culture of its people and the legitimacy of continuing  to do what works.  Laws governing one's everyday life are generally followed, no matter the disruption that envelopes the top of the political pyramid. 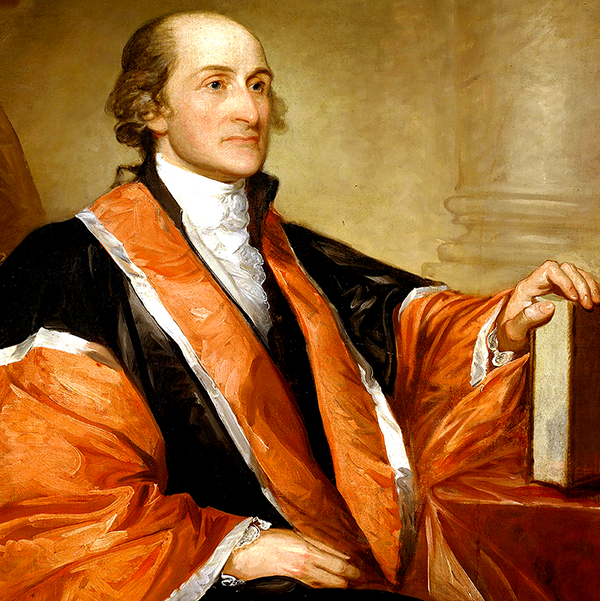 John Jay, first Chief Justice of the Supreme Court, reflects the pride and personal ownership he gives to his English heritage.

America's first leaders, Federalists like Washington, Adams and Hamilton, chose independence from Great Britain while remaining loyal to much that was English, particularly its legal system.  Republicans, led by Jefferson, characterized this mindset as being Torey, too enamored with monarchy.  Federalists, in turn, condemned Jefferson and his followers as being Jacobins - demagogues, rallying mobs of dangerous democrats.  The era around 1800 was described as bitterly partisan. 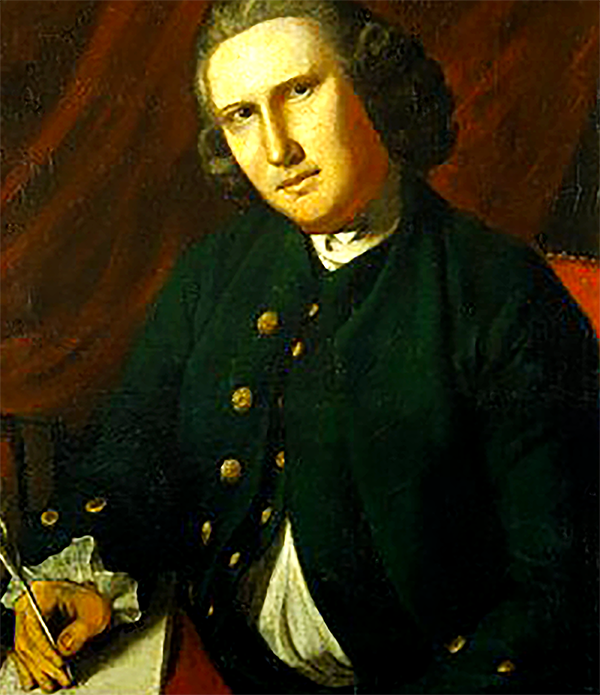 Supreme Court Justice Samuel Chase, a Federalist, found himself impeached by the House of Representatives for rendering politically biased verdicts.  His subsequent acquittal by the Senate helped set precedence for judicial independence.

Judges around the time of Thomas Jefferson's presidency were more openly political than they generally are today.  It was understood that politics prevailed when appointing judges.  Laws express the view of those in power and the role of the judge is to enforce these democratically arrived at statutes.  Someone will always have a thumb on the scale so it might as well be you, if you've got the power. 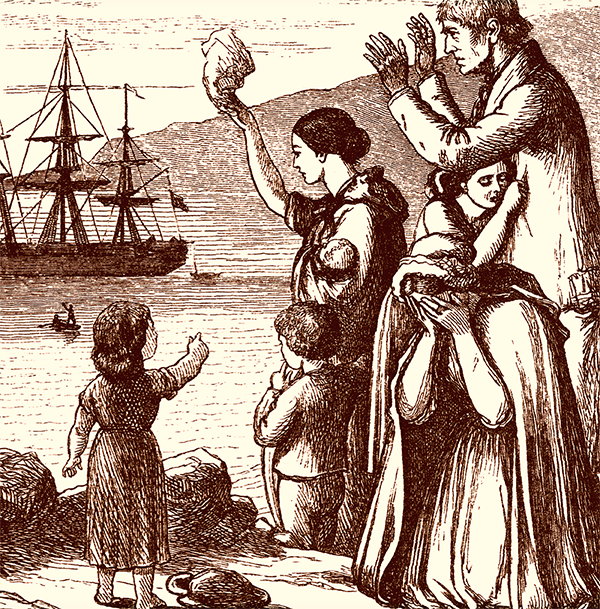 A family bids farewell and Godspeed to loved ones venturing across the Atlantic to the new, rising nation of America.

The character of the new nation was changing rapidly as large numbers of people left behind loved ones in Ireland and France to seek greater fortune in America.  The country was energized by this steady infusion of those braving danger for a chance at personal freedom and economic opportunity.  It made for a rambunctious political climate as ruthless individuals took every advantage democracy provided to achieve electoral victory.  The old-school wise man above the fray Federalist politician was deeply offended by what he saw as vulgar vote-buying tactics employed by Jeffersonian Republicans - and with great success. 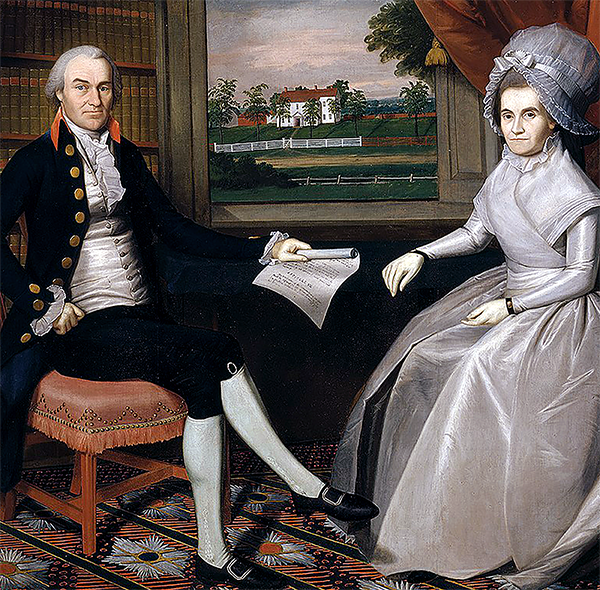 Oliver Ellsworth and his wife, Abigail, relax at home.  After a term as a Federalist Senator from Connecticut Ellsworth became the third Chief Justice of the Supreme Court, preceding John Marshall.

The early Federalist dominance in Congress and the presidency was being quickly pushed aside as state legislation became increasingly democratic.  The road to elected office required behavior beneath anyone considered to be a gentleman.  In 1801 when Jefferson entered the White House and his Democratic-Republicans swept the Congress, the new president saw his judicial branch populated exclusively with Federalist judges, the last bastion of a swiftly dying party. 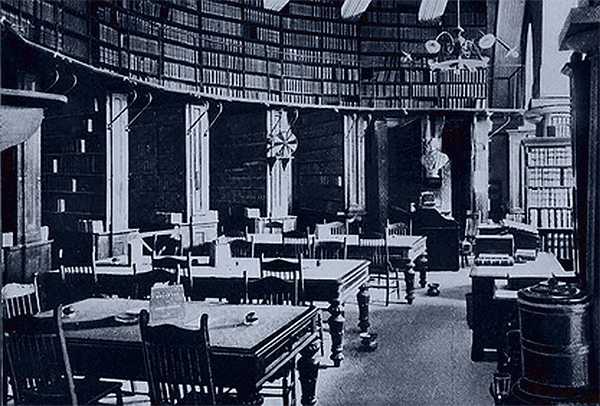 Of the three branches of the federal government - executive, legislative and judicial - the judges were made to feel the runt of the litter when it came to obtaining power, prestige and accommodations.  The nation's Supreme Court held their proceedings in a Congressional committee room and the six justices, when not in session, were expected to ride circuit over frontier backroads to preside over local court trials. 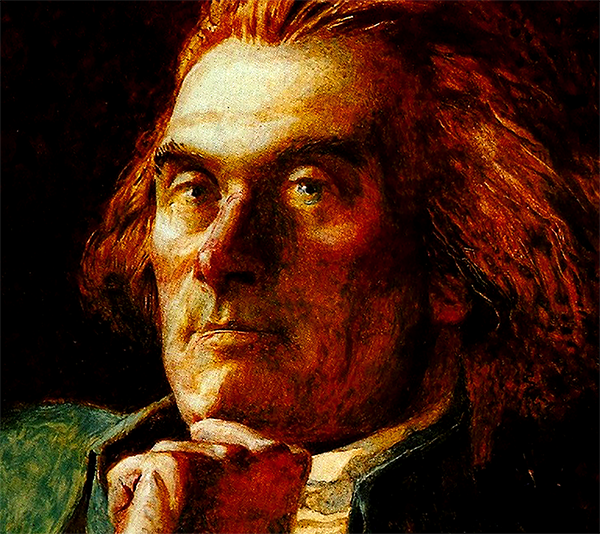 Thomas Jefferson's view of the Constitution was that it was more a political document than a legal one - which would carry with it the added authority of being the final word on all matters government.  From his viewpoint, Federalist judges were a potentially despotic veto power that could move to block the voting will of those giving him the right to legislate.  In any event, such abuse from the bench has no Constitutional protection. 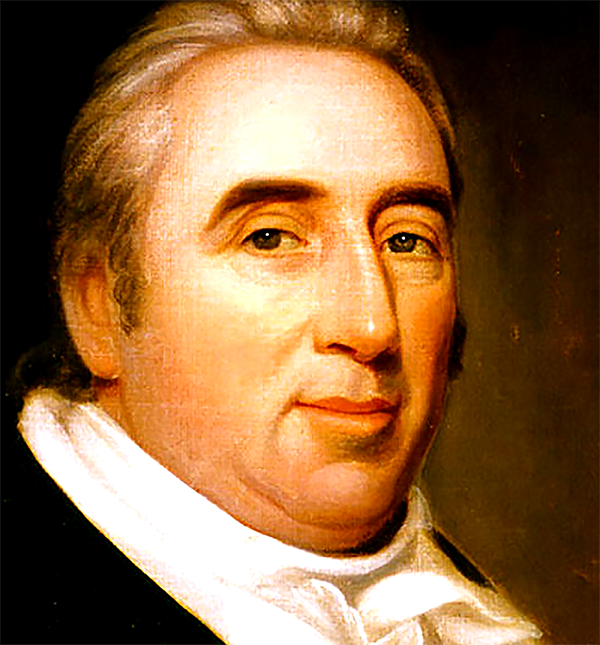 William Marbury just wanted the law to be obeyed.  His commission to be Justice of the Peace for the District of Columbia never arrived, despite having both Senate approval and the signature of the President himself, John Adams.  The Jefferson administration's refusal to honor this legal obligation would send Marbury to the Supreme Court for remedy. 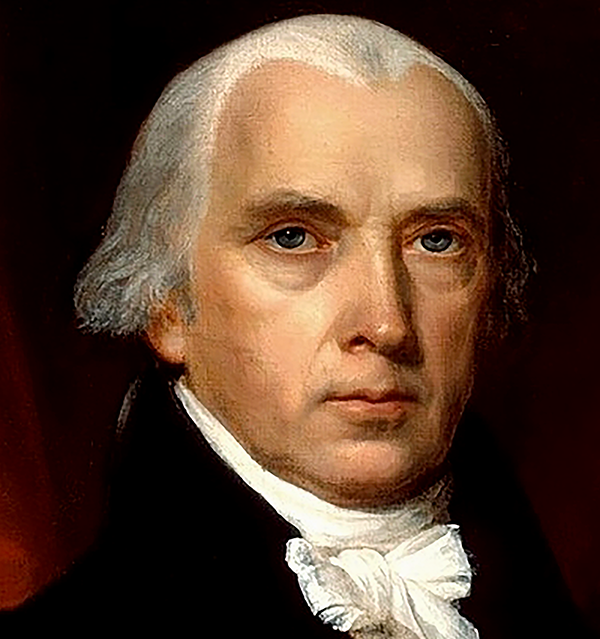 James Madison, Jefferson's secretary of state, saw Marbury's appointment as one of Adam's midnight filling of a judgeship, part of a last-ditch Federalist effort to obstruct the Republican agenda.  Marbury's suit would be heard by six justices, all Federalists, on the Supreme Court.  The question became whether the executive branch of the government would honor a verdict favoring Marbury or would it ignore the Supreme Court's ruling as being judicial overreach - outside the court's constitutional authority. 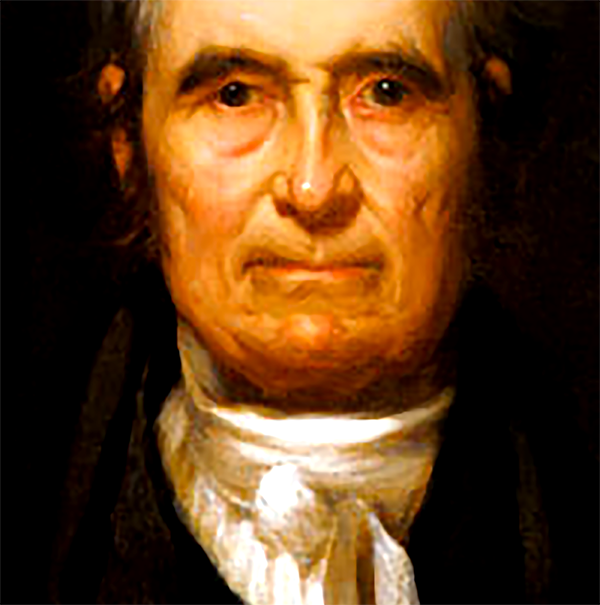 Chief Justice John Marshall isolated the fundamental risks to the Supreme Court's authority, which were the other political, elected, branches of government - Congress, the President.  The Court's viability lie with the willingness of these competing branches to abide with an unfavorable ruling.  Marshall believed William Marbury had every right to his commission based on Congressional law.  This is where the politically savvy Chief Justice saw his opening.  He could establish, for the first time, the Court's authority to be the last word on what the law says and what it means.

In this instance the Congressional statute sending Marbury to the Supreme Court for remedy was in clear violation of the Constitution's Section III - the highest court is an appellate court and does not hear original trial cases except in the rarest of instances.  Marbury had no standing before the Supreme Court because the law legislated was unconstitutional and, therefore, void.

Marshall saw the win-win nature of the verdict.  Jefferson and his Republicans would cede an important power to the Court in exchange for celebrating their victory over the Federalists.  When it comes to the Constitution, reality is what the Supreme Court says it is. If rule of law is to mean anything then the Court's decision must be honored.  To do otherwise would be to remove the boundaries restricting the powers of those governing. 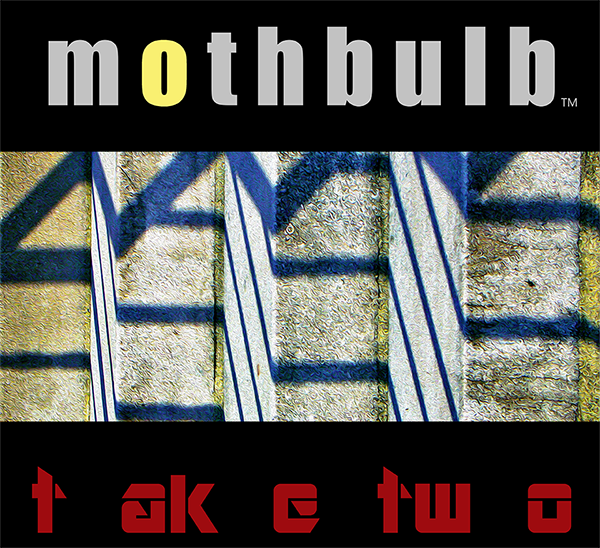 Posted by coldValentine at 10:40 AM