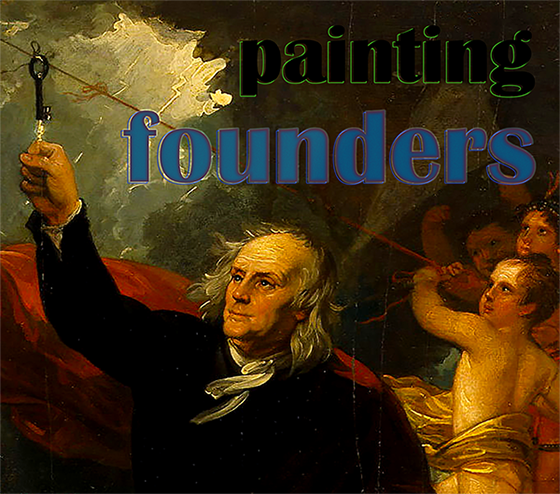 Benjamin Franklin
1816
Benjamin West
1738 - 1820
A future of great promise.  This could be a detail of a mural at the pavilion celebrating science and industry, except that this is also stage lighting the birth of a nation.  It feels good to believe sky's the limit! when it comes to this young nation's future.  Democracy is always an experiment, though.  Just ahead, four years down the road, is Andrew Jackson's generational shake free of the status quo.  Forty more years and the experiment cracks open into total war between states.
The artist Benjamin West resided in London and was good friends with Benjamin Franklin, subject of this painting. 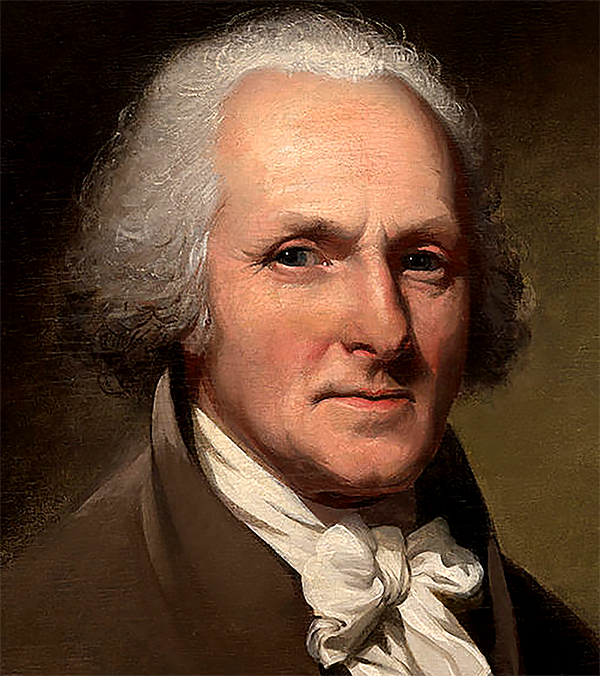 Charles Peale tried saddle-making then clock repair before discovering his aptitude for portraiture.  He raised money to sail to England at twenty-five to study under Benjamin West.  After three years he returned to Philadelphia and eventually joined the Pennsylvania militia and rose to captain during the Revolutionary War.  Peale outlived three wives, having ten children by his first, six by his second.  His third wife, a Quaker woman, although sparred from serial childbirth, nonetheless died with Peale a still vibrant seventy.  He frequently named his children after his favorite artists, including Titian, Rubens and Rembrandt, whose portrait of Thomas Jefferson currently hangs in the White House. 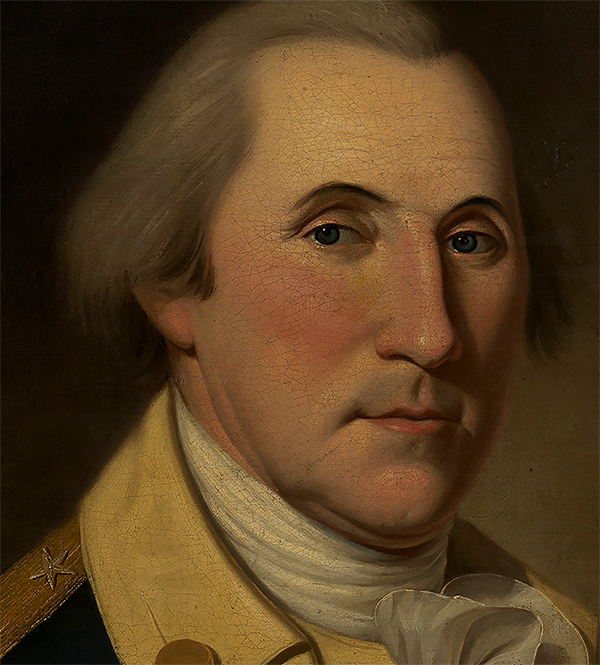 Peale painted Washington sixty times, all based upon an initial seven in-person portraits beginning in 1772.  Compare this portrait of Washington, done the year he became president, with West's rendition of Franklin.  One, bigger than life mythological Ben, the other sober republican, matter of fact patriot George.  Peale's no big deal rationalism would lose favor to more heroic renderings of Washington as the great man's acclaim grew to legendary heights. 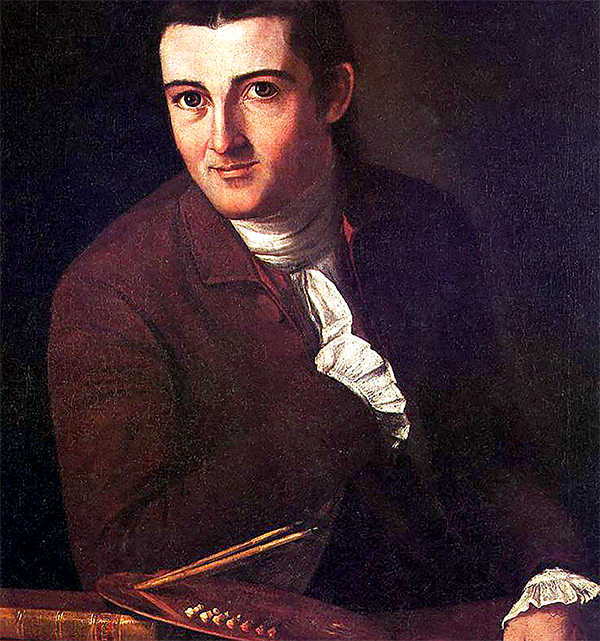 Four of John Trumbull's works hang in the Capitol Rotunda, yet for all his contemporary success he would always be hustling for money.  The son of Connecticut's governor, a Harvard graduate at seventeen and, briefly, an officer under Washington early in the Revolutionary War.  In 1780, while the war continued in the colonies, Trumbull sailed to England to also study under Benjamin West, as did Charles Peale.  While there Trumbull would be imprisoned in retaliation for Washington having hanged a British officer as a spy.  Trumbell would return to America upon his release several months later. 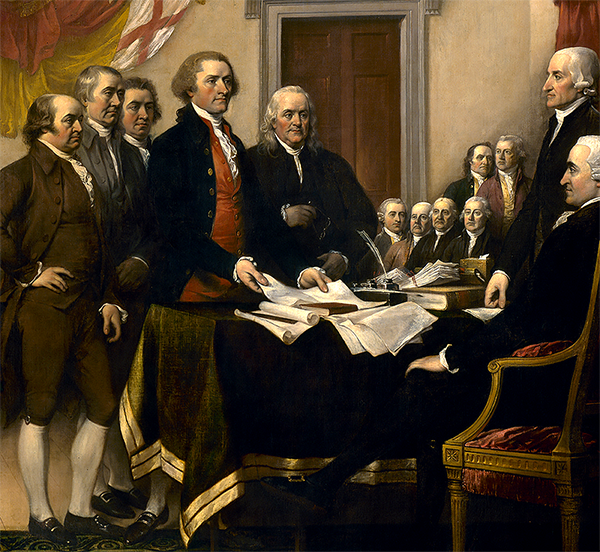 The Declaration of Independence, one of Trumbull's Rotunda paintings was a group portrait as much as it was celebrating the central event of the American revolution.  Compare this revolutionary gathering with that of Eugene Delacroix's depiction of the French Revolution below.  With Trumbull we have wealthy men presiding over an upheaval in restrained legal fashion while Delacroix's brotherhood of humanity are storming the barricades. 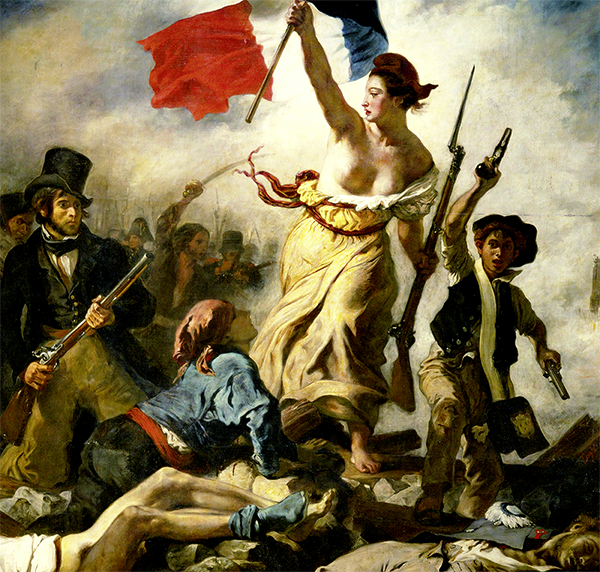 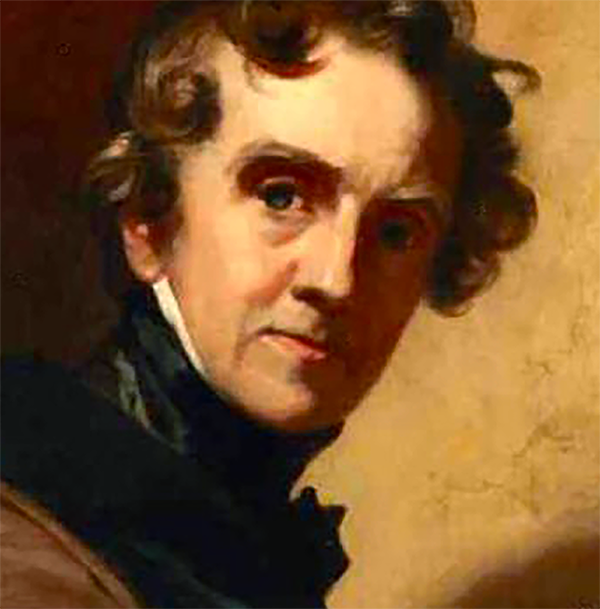 Self-Portrait
1850
Thomas Sully
1782 - 1872
Thomas Sully was born in England but at the age of nine moved with his actor parents to Charleston, South Carolina where his uncle managed a theatre.  Sully's artistic talent was discovered early and by eighteen he was painting professionally.  His career required he move first to Virginia, then Boston, New York and finally settling for good in Philadelphia at age twenty-three, during Jefferson's second presidential term. 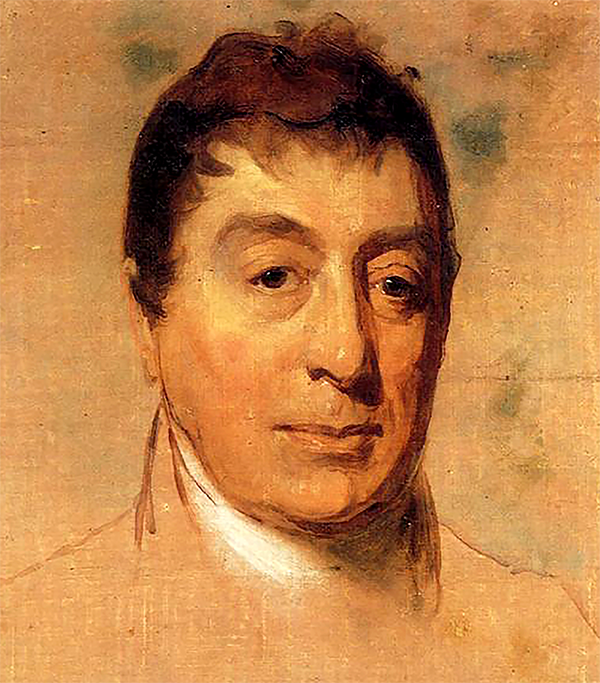 Born an aristocrat, Lafayette embraced the words of Jefferson's Declaration of Independence and made his way to America in 1776.  Already a skilled French officer Washington made Lafayette a major general in the Continental Army at the age of nineteen.  He was wounded at Brandywine and later he commanded troops that trapped the British forces at Yorktown, leading to the Cornwallis surrender to Washington and subsequent freeing of the colonies from English rule.

Lafayette was instrumental in overturning French monarchy in 1789 but was later imprisoned for five years by more radical elements of the French Revolution.  President James Monroe brought about Lafayette's return visit to America in 1824 where he toured all twenty-four states, hailed with affection as an American revolutionary hero.  Upon his death he was buried in Paris under soil imported from Bunker Hill. 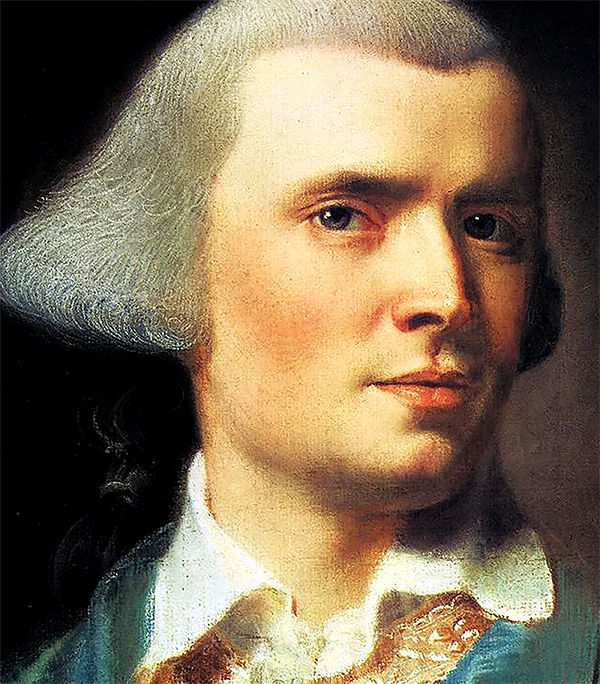 Self-Portrait
1769
John Singleton Copley
1738 - 1815
American born John Copley moved to London at thirty-four and never returned to his homeland.  As his son said, "he was entirely self-taught, and never saw a decent picture, with the exception of his own, until he was nearly thirty years of age."  A wealthy English clientele happily engaged Copley's services over the next couple of decades enabling him to be both financially comfortable and personally rewarded with honors bestowed upon him by those of esteemed cultural European taste.  Although his career kept the artist in Britain, Copley's political heart remained with the more egalitarian American society.  With this in mind he would paint his country's revolutionary heroes. 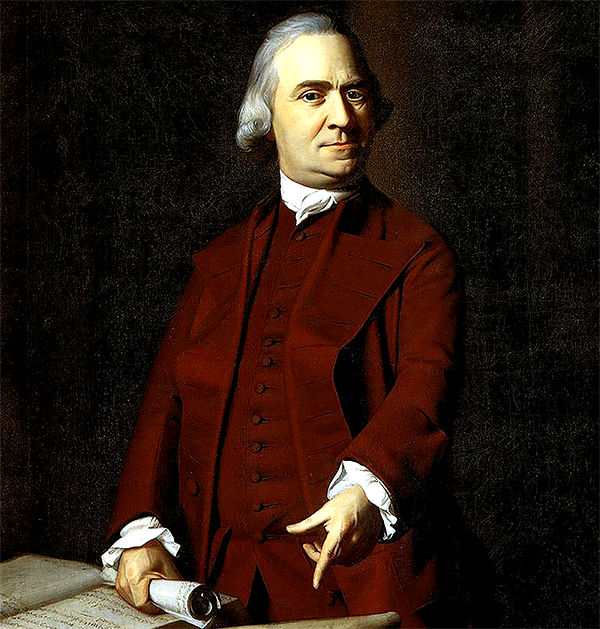 Copley uses dramatic lighting to electrify this climatic moment of Samuel Adams demanding the Royal Governor remove British troops from the area on the day following the Boston Massacre in March, 1770.  Copley kept the focus on Adam's character by minimizing detail and keeping his pallet simple. 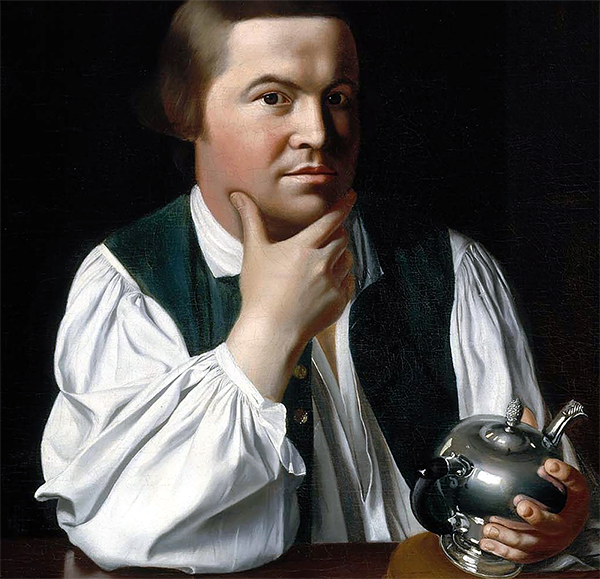 Paul Revere
1768
John S. Copley
A casually dressed Paul Revere mulls the silver teapot he has crafted prior to engraving it with decoration.  This would be the only teapot Revere made in 1768 because anything having to do with tea was considered provocative during this stormy period with Britain that would lead shortly to revolution.  The Revere family kept the painting in the attic, hidden from public view because they believed his artisan attire was inappropriate for a man of his historic stature.  The poem Paul Revere's Ride by Henry Longfellow brought renewed appreciation of the painting and it was displayed in 1928 at the Museum of Fine Arts in Boston, now its permanent home. 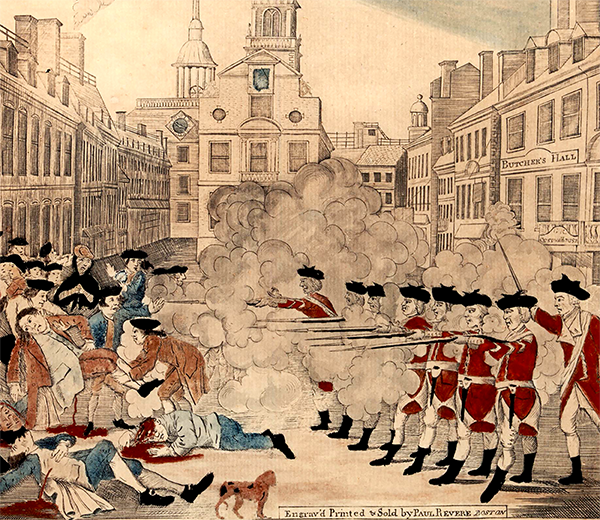 Revere's copper engraving titled The Bloody Massacre Perpetrated in King Street Boston on March 5th, 1770 and beneath the picture is the inscription that reads, in part:

If scalding drops from Rage from Anguish Wrung
If speechless Sorrows lab'ring for a Tongue,
Or if a weeping World can ought appease
The plaintive Ghosts of Victims such as these,
The Patriots copious tears for each are shed,
A glorious Tribute which embalms the Dead

Despite the passions of the time John Adams as defense attorney for these British soldiers was able to persuade a Boston jury to acquit the King's men of all charges. 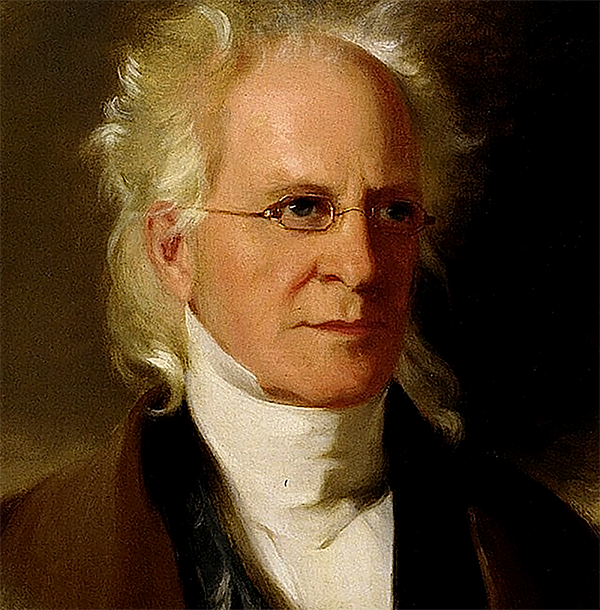 Rembrandt Peale
1859
Thomas Sully
Rembrandt Peale was the third of six surviving children, eleven having died, of his mother Rachel Brewer and his artist father Charles Willson Peale.  He would father nine children of his own and despite his noteworthy accomplishments as a painter money could be a problem.  At one point Thomas Jefferson recommended he relocate to Europe as "we have genius among us but no unemployed wealth to reward it." 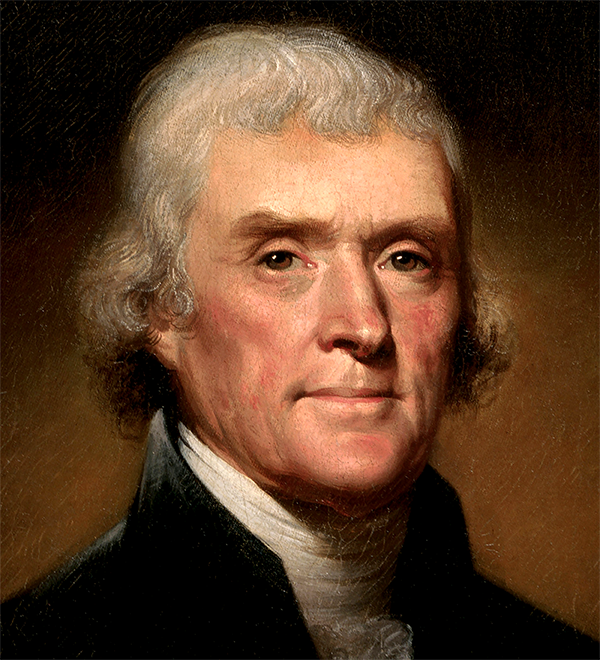 Thomas Jefferson
1800
Rembrandt Peale
1778 - 1860
This official presidential portrait of Thomas Jefferson resides at the White House.  The next president sits for this portrait despite his immersion in a months' long competition with John Adams for votes followed by Aaron Burr's treacherous attempt to usurp the process once an election day tie is proclaimed.  Nothing in this portrait gives away any hint to Jefferson's concern his future and that of the nation's may hang in the balance. Gilbert Stuart, whose iconic image of George Washington has resided on the one dollar bill for over a century, was in fact a loyalist to the crown and fled the colonies for England in 1775.  Despite his financial success Stuart continually spent more than he made and returned to the United States in 1793 one step ahead of Debtors' Prison.  Once stateside Stuart's goal was to entice George Washington into a portrait sitting from which he could make copies at one hundred dollars apiece.  Two years later Washington came to Philadelphia to sit for the portrait that became the basis for the engraved image on today's dollar bill.  Stuart's continued success could never match his spending, leaving his family deeply in debt upon his death.  With no money for a proper burial Stuart's body was placed in an unmarked grave that has since never been found. 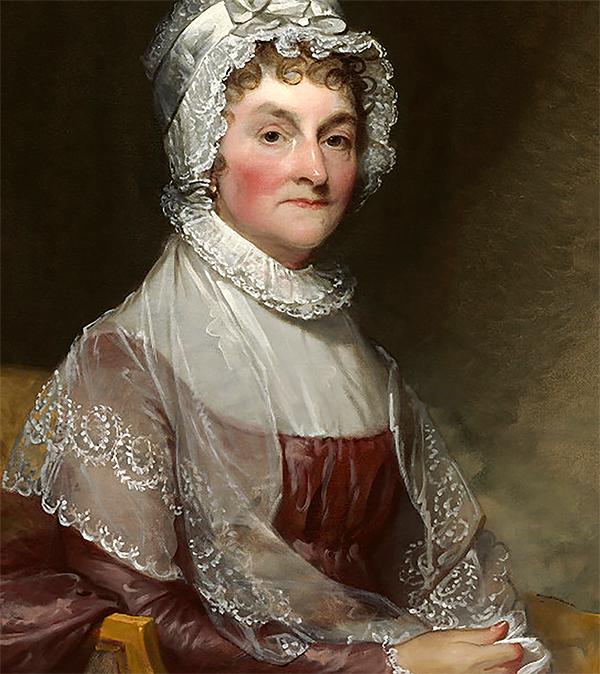 Abigail Adams
1815
Gilbert Stuart
Wife and closest advisor to John Adams and mother to John Quincy Adams, Abigail Adams was also a close, valued friend to Thomas Jefferson.  She had an active role in guiding the politics and policies of her husband's presidency to the point where his opponents would refer to her as Mrs. President.  Historian John Ellis characterizes the twelve hundred letters exchanged between Abigail and John a "treasure trove of unexpected intimacy and candor, more revealing of any other correspondence between a prominent American husband and wife in American history." 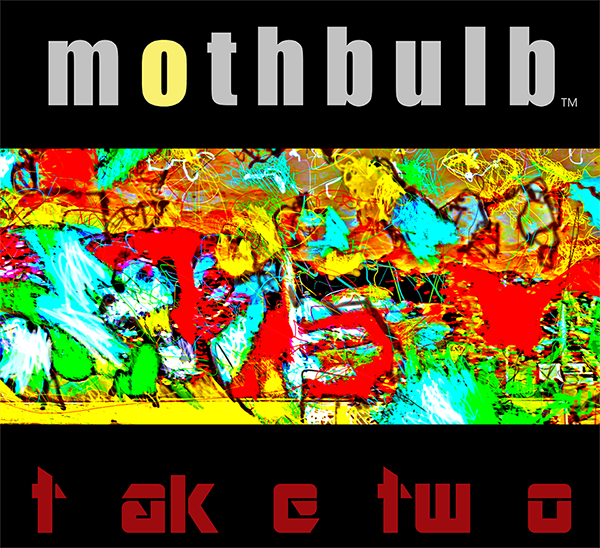 Posted by coldValentine at 1:09 PM