The Korean War began poorly for American troops on the ground but in the air U.S. war planes quickly gained air superiority with P-51 Mustangs and the new jet powered F-80 Shooting Star roaming the skies while the veteran B-29 bombed targets in North Korea with impunity.  That all changed November 1, 1950 when six MiG 15s swept across the Yalu River and attacked a formation of prop driven Mustangs.  Soon B-29s were limited to flying at night and nothing the U.S. Air Force put in the air could hope to compete with this new Russian jet.  Finally, in mid-December of that year a detachment of the new swept wing F-86s was ordered to Korea.  The first match up of rivals in the age of jets began in an area that would become known as MiG Alley.  This 1152 x 864 image comes from the gamer and development site of Mod DB. 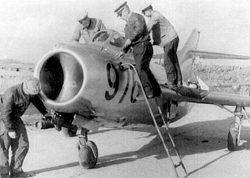 Prior to 1953 the MiG 15 clearly outperformed the F-86 with a better rate of climb, higher ceiling, greater acceleration and a tighter turning radius.  Its three large cannon, designed to knock bombers out of the sky, packed a greater punch than the Sabre's six 0.50 calibers.  But the MiG had a primitive gun sight that often failed in high G maneuvering and the plane itself lacked stability as a gun platform.  Pilot training and tactics often made the difference and Soviet policy of frequently rotating pilots resulted in overall MiG performance suffering from relative inexperience.  Richard Seaman captured this 1152 x 864 F-86 v. MiG 15 image.

The original MiG 15 engine was reverse engineered from the Rolls Royce Nene.  The Russian engine designer Vladimir Klimov refined it, made it lighter while getting from it greater thrust.  This improved MiG with the VK-1 turbojet made its reputation in the skies over Korea with performance that outclassed anything NATO had at the time.  The MiG 15 would become the standard interceptor of the Warsaw Pact nations during much of the 1950s.  This 1336 x 758 cutaway is posted at Serve Image. 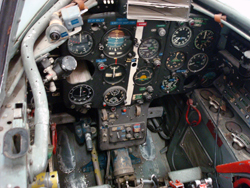 Performance was impressive despite the lack of hydraulic assist.  Environmental controls responsible for pressurization and temperature were adequate.  You could still be left freezing at altitude and roasting at lower elevations.  Comfort, though, is overlooked in a dogfight.  The photo of the MiG 15 cockpit is 3264 x 2448 and is displayed at Deviant Art.

Like their American counterparts many Russian pilots dueling near the Yalu were experienced World War II aviators.  The Chinese also contributed pilots to assist the North Koreans.  It was no secret among combatants and their governments that American and Russian pilots were fighting one another but the fact was considered too inflammatory to acknowledge it publicly.  Wikipedia provides information on the MiG 15 and identifies these five Russian Korean War aces. 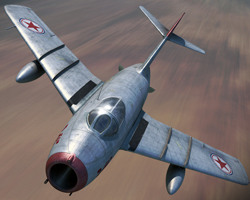 The MiG name is well known world wide for its continuous string of robust, high performance fighters including the MiG 21, MiG 25 and MiG 31.  At least 3,000 single seat MiG 15s were produced.  The two seat trainer version was made in even greater numbers and remained in service many years after the combat version was retired.  This artist depiction of a North Korean MiG-15 is by Anders Lejczak.  The image is 1100 x 850 and is at Deviant Art. 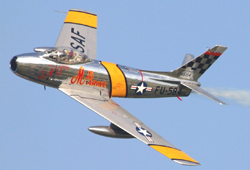 COLD VALENTINE
Posted by coldValentine at 2:48 AM