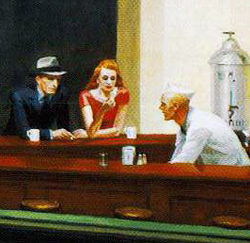 Nighthawks is the painting of a diner in Greenwich Village the artist and his wife frequented.  Jo Hopper, Edward's wife, gave the painting its title.  Edward Hopper says the painting was for him about predators in the night.  Two Hemingway short stores were particular favorites of the artist and may have influenced the painting - The Killers and A Clean, Well-Lighted Place. 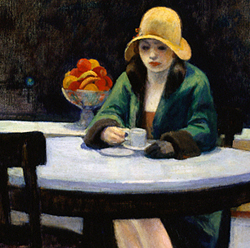 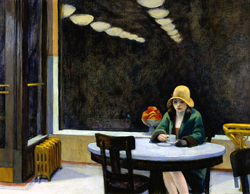 Automat was the cover of Time magazine in 1995 as illustration for its article on stress and depression in the 20th century. 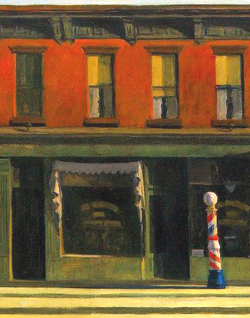 Edward Hopper referred to this type of native American architecture as hideous beauty.  He deliberately left people out of the picture to add to the sense of desolation.  The lighting softens its impact. 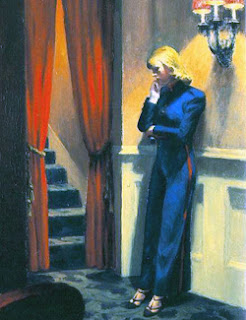 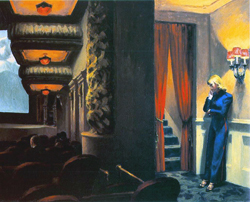 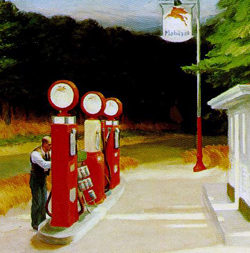 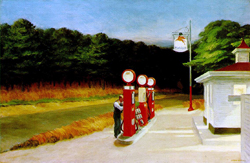 Common, mundane scenes of American life are infused with a sense of anticipation. 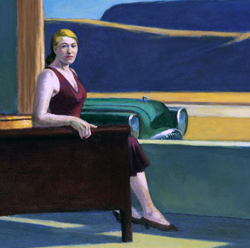 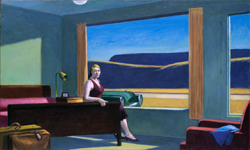 Shapes are simplified and details left out.  The mood of the woman subject is often ambiguous. 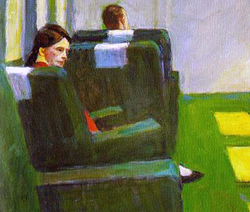 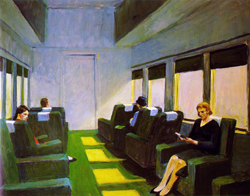 Edward Hopper believed painting to be an outward expression of the artist's inner life. 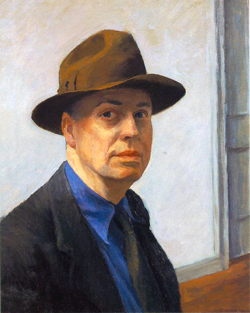 The important qualities of art are mostly contributed by the subconscious, according to Hopper.  He felt the inner life of the human being was too vast and varied to be satisfied with expressions limited to abstraction. 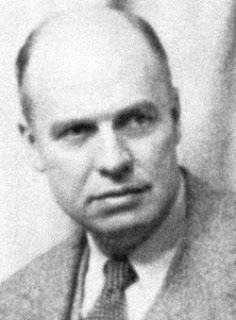 Hopper was raised in a small town along the Hudson River in New York.  He was by nature introverted, stoic and fatalistic.  He wasn't one to be swept up by idealism.  There is a pervasive feeling among his paintings that despite the material advantages of the modern world the individual is left feeling isolated and insignificant. 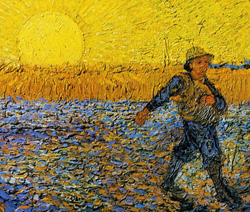 COLD VALENTINE
Posted by coldValentine at 6:02 AM