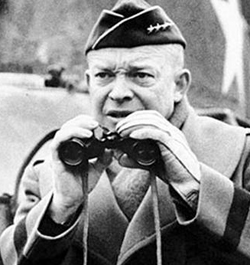 Dwight Eisenhower, Supreme Commander of the allied forces, had just received his fourth star.  It gave him the appropriate rank to oversee his British deputies that ran the day to day business of war.  During the night of February 12th he slipped away from his headquarters in and drove in a small convoy of vehicles toward Tebessa, the major supply and command center for II Corps, headquarters for the American troops in .  Eisenhower’s visit was prompted by a number of concerns, most recent being the increased activity of Colonel General Hans-Jurgen von Arnim’s 5th Panzer Army.  On January 30th, elements of the 21st Panzer Division overwhelmed poorly equipped French troops and captured , breaching the Allied line of defense along a mountain range called the Eastern Dorsal.  Now there were highly regarded intelligence reports of a new planned German attack at another pass farther north near a town called Fondouk. 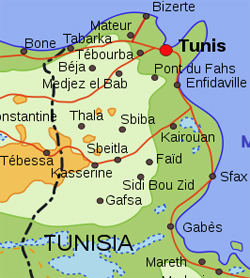 Picture:  747 x 425 at 96 dpi - Wikipedia
Lieutenant General Kenneth Anderson, commander of the allied 1st Army in , was holding powerful elements of the American 1st Armored Division and Major General Terry Allen’s 1st Infantry Division, The Big Red One, in reserve near Fondouk.  need not know the source of his intelligence, Ultra, was a super secret organization located at near , that had cracked the German military’s Enigma code.  What did know was that his intelligence source had been of immense aid to General Bernard Montgomery in defeating Erwin Rommel at .  With the aid of Ultra, knew the strength of the German Afrika Korps and could anticipate Rommel’s every move.  Now this same source encouraged to focus his strength away from American positions that were thinly dispersed along a line that led further south. 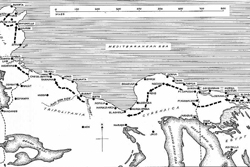 Picture:  904 x 587 - BT Yahoo
Field Marshal Erwin Rommel had led his Afrika Korps in a demoralizing retreat for almost three months since his loss at in early November the previous year.  In the course of his westward trek across he had infuriated Mussolini by ceding to the British Eighth Army the important without even a respectful semblance of battle.  He had alienated his benefactor, Hitler, by displaying what the Fuhrer perceived to be both a loss of nerve and an attitude of defeatism.  Now, as his troops began assembling along the Mareth Line, a series of fortifications in eastern Tunisia that were built by the French, Rommel turned his eyes towards a target he believed to be ripe for plunder.  The newly arrived American troops, barely trained and mostly untested in battle, appeared vulnerable to Rommel’s famed tactic of a focused, crushing armored attack.  His infantry at Mareth would be an adequate defense while took the next few weeks organizing his Eighth Army for a new offensive push into .  Meanwhile, Rommel could use this time to scatter the American forces, capture Tebessa and, who knows, send the allied forces reeling into western .  It seemed a feasible plan but, with the depleted state of Rommel’s Afrika Korps, he would need cooperation and help from the other German force occupying , Arnim’s Fifth Panzer Army. 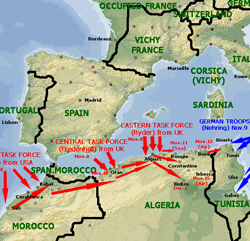 Picture:  800 x 602 at 96 dpi - WW2 Total
Operation Torch, the allied invasion of , forced Hitler to protect the important Tunisian ports of and with troops and tanks he would have preferred sending to the Russian Front.  The commander of the newly constituted Fifth Panzer Army, Colonel General von Arnim, believed the available resources limited his role to a defense of small attacks designed to keep the allies off balance.  For Arnim there simply wasn’t the supplies available to fuel the sustained offense proposed by Rommel.  The immediate superior to both generals, Field Marshal Albrecht Kesselring, sided with Rommel and obtained from Arnim an agreement of grudging support.  The coming campaign would prove Arnim’s support was always too late with too little. 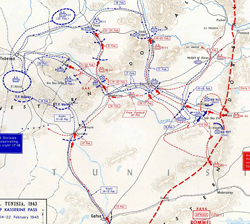 Picture:  1265 x 966 - Historical Resources
Eisenhower met with his commanders in the field through Saturday and into the early morning hours of – Valentine’s Day.  He found his admonition to keep the 1st Armored Division together as a potent reserve force had gone unheeded.  There simply were too many holes to be filled over the long front and too few infantry units available to honor Eisenhower’s instructions.  The allied Supreme Commander was visibly disturbed by the complacency exhibited among the green American troops and their officers.  Their ideas of combat were fantasy.  Their training left them unprepared for the storm that would descend upon them with the rise of that Sunday morning’s sun.  The experience of the next several days would give its survivors an appreciation of the difference between a sleepy field manual exercise and the sharp focus that life versus death gives to what you've learned and what you do.

Posted by coldValentine at 12:11 PM