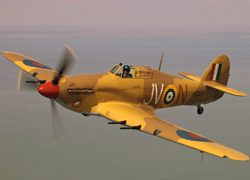 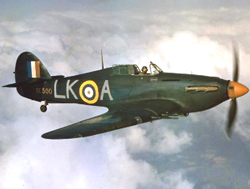 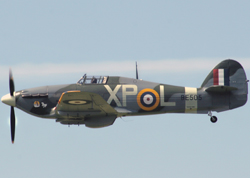 Neville Chamberlain won’t live down any time soon his role in handing over to Hitler at  in 1938.  Still, even as he was waving a piece of worthless paper over his head while proclaiming “peace in our time” Britain was gearing up for war, building her stocks in aircraft, armor and men.  It can be argued Chamberlain  was practicing Realpolitik, sacrificing another nation to buy his own country time.  Among the weapons of war being rapidly produced in 1938 was the Hawker Hurricane. 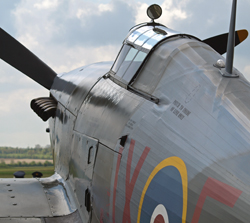 The Hurricane first took to the air in November, 1935, only four months prior to the Supermarine Spitfire and several months following the Messerschmitt Bf 109.  Yet its technology was of an older generation.  The priority was to make up for lost time and get something relatively modern into production.  As trouble loomed in Europe Britain still relied on biplanes for interceptors.  When the Hawker Hurricane finally became available to the RAF in December, 1937, it was replacing the Gloster Gauntlet – an open cockpit biplane reminiscent of World War I.  The Gauntlet had no hope of tangling successfully with the Luftwaffe’s Bf 109. 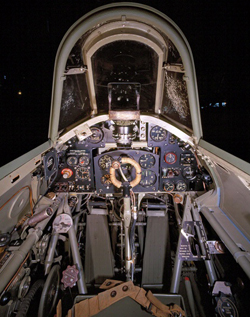 If the Hurricane was a bit obsolete with its two blade propeller and fabric skin it was compensated for by its simple construction.  In contrast the Spitfire was sophisticated, complicated and behind schedule in production.  couldn’t wait for a legend.  When it came to air defense pretty good would have to do. 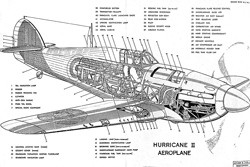 By the time war broke out on the continent the Hurricane had been upgraded with a triple blade, variable pitch propeller.  Metal replaced fabric as covering for its wings and a new Rolls Royce Merlin engine gave it added juice – a much needed improved power to weight ratio.   Pilots appreciated the Hurricane’s solid, stand up to punishment  ruggedness, its steady, excellent gun platform and its somewhat docile handling that made it forgiving to novice pilots. 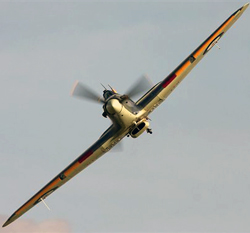 Of course, to beat the thoroughbred you need a thoroughbred and pilots taking on the Bf-109 were going to want to jockey a Spitfire.  You need confidence and ability to reign in the edgy behavior that comes with high performance maneuverability.  The vast majority of planes lost by the RAF over during the last days of May and early June, 1940 were Hurricanes – 386 of 477 planes downed.  Because of accelerated production all of the lost Hurricanes were replaced within a fortnight.  The 200 pilots lost, though, would not be so easily replaced. 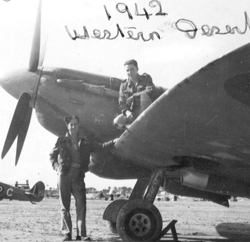 Hurricanes outnumbered Spitfires 3 to 2 during the Battle of Britain.  Most of the planes downed were shot out of the sky by Hurricanes, as well.  The figures are a bit misleading, though, as the Spitfires were assigned to take on the fearsome Messerschmitt Bf 109 while the Hurricanes attacked the vulnerable German bombers.  Its like your big brother taking on the bully while you get to chase off the bully’s side kick. 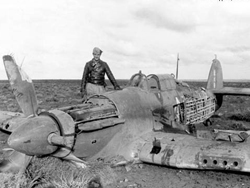 Air combat just got more lethal as the Bf 109 improved and the Spitfire kept pace with it.  Then along came the Focke-Wulf Fw 190 to outclass both fighters.  Clearly the Hurricane was never meant to play in this league.  Its role became more that of ground support and its impact was being felt in places like and, more importantly, .  In late 1941 the most widely used version of the Hurricane, the MkIIC, was introduced.  The eight wing mounted 7.7 mm machine guns were replaced with the hefty fire power of four 20 mm cannon.  It was now ready to tear holes through metal it had just pinged off of previously. 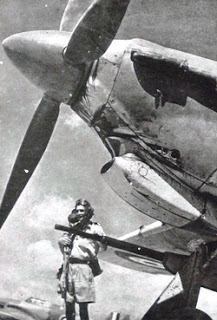 If you’re the British Eighth Army taking on Rommel’s Afrika Korps you’re really looking for a flying anti-tank gun.  Along came the Hurricane MkIID with a large Vickers ‘S’ 40 mm cannon mounted beneath each wing.  This means you’re packing some serious weight and your powerplant has been upgraded to the famous Merlin XX.  In truth, a 1.5 inch, 40 mm, round didn't knock out many tanks but they did tear up most any other type of armor on the battlefield. 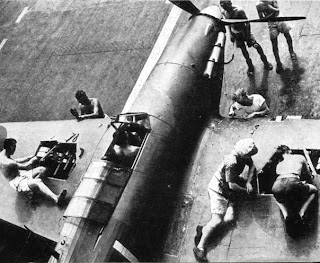 More than 14,000 Hurricanes were built during the war, of which nearly 3,000 were delivered to the Soviet air force.  In 1944 the Russians were clamoring for the MkIID with its outsized armor-busting ordnance.  By then the Hawker Typhoon had replaced the Hurricane as the premier ground support aircraft and only 60 MkIIDs were available to be diverted to the Eastern Front. 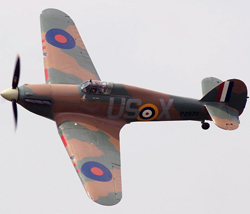 Both the Spitfire and the Hurricane had minor careers as carrier-based naval aircraft but only because the British had nothing else.  Neither plane had been designed for carrier landings with the Spitfire being the more fragile of the two.  The Hurricane was a robust aircraft, simply made, and that made it attractive for export.  The final version was the MkIV, a dedicated ground attack aircraft with a wing capable of carrying any one of a number of items from rockets to drop tanks to bombs.  With war's end most Hurricanes were quickly scrapped but some made their way into foreign air forces and a few into private hands.  It didn’t have the legendary story of some aircraft but it still held the record for shooting down more enemy planes than any other Allied aircraft. 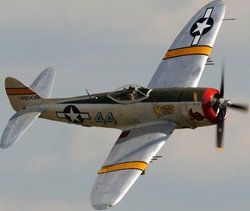