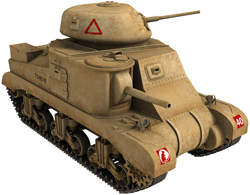 The M3 Medium Tank used by American forces was known as the Lee while the export version to Britain, having an elongated turret and no commander cupola was referred to as the Grant.  Both were named after famous Civil War generals, Ulysses S. Grant and Robert E. Lee.
Picture:  900 x 731 at 96 dpi - Deviant Art 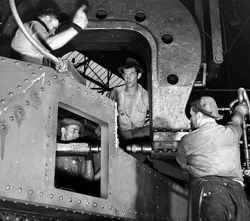 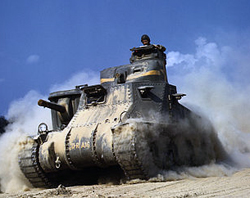 The Lee had an additional crew member as in the Grant the turret gun loader doubled as radioman.  In 1940 the United States was headed for war having no tanks to compete with European tanks.  The M3 was an interim solution, in production just over a year, until work was begun on the newly designed M4 Sherman.  Between August of 1941 until December, 1942 nearly 6300 M3s came off the assembly line.
Picture:  350 x 242 at 1800 dpi - Wikipedia 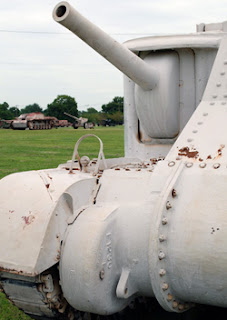 The 37 mm turret gun couldn't knock out a tank and the United States didn't have a turret large enough to hold something that could.  Putting a 75 mm cannon in the hull was a quick fix resulting in this eccentric design.  The main armament had a limited traverse of only thirty degrees, meaning the driver would have to line up the tank with the target to properly aim the gun.
Picture:  536 x 800 - Military Factory 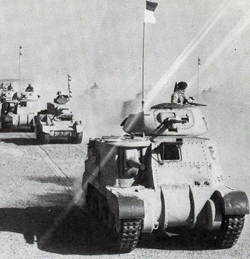 The M3 Grant first saw action at Gazala in May, 1942 and it had a significant role at El Alamein later that year.  Despite its rushed development it was reliable and had a good reputation in the desert against the competition it faced in 1942.
Picture:  800 x 718 at 200 dpi - WW2 Total 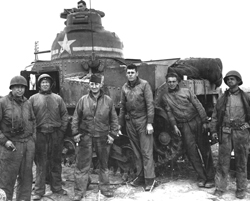 It had its limitations but it was reported to be popular with its crews although 1400 were made available to the Soviet Union through Lend Lease and there it was referred to as the Coffin for 7 Brothers.  Neither it nor its successor, the M4 Sherman, would compare favorably with the Russian T-34, one of the best all around tanks to come out of World War II.
Picture:  2097 x 1721 at 225 dpi - Wikipedia 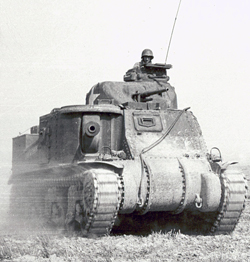 The M3 Lee was the main battle tank used by American troops during their first significant engagement with German armor at Kasserine Pass in February, 1943.  The inexperienced Yanks took an initial drubbing and many of their tanks were either destroyed or captured.  General Erwin Rommel was impressed by the quantity of equipment provided American divisions.  He quickly realized the volume of Allied armor would eventually overwhelm what little was provided his Afrika Korps.
Picture:  2703 x 2113 - World War II Database 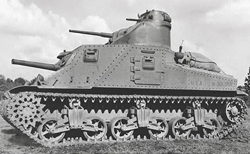 It was an inherently flawed design.  The high profile made it a ready target while its vertical walls, rivets and side door all added to its vulnerability.  Its armor, though, was comparable to the thickness of the German tank armor of 1942 and its main armament was capable of firing a shell that could penetrate 60 mm of steel at a thousand yards.  The M3 would soon be replaced by the Sherman in the European Theater but they would continue to serve American and Allied troops in the Pacific as Bunker Busters as well as providing general infantry support throughout the duration of the war.
Picture:  498 x 721 - 3rd Armored Division History 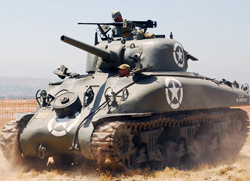 COLD VALENTINE
Posted by coldValentine at 1:41 AM