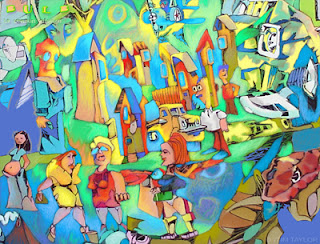 I received an email today from a firm wanting me to divulge all the particulars about myself, including my age, how little I made and how I liked to spend my money.  In return for all these details of my life a woman named Jan would enter me into a sweepstakes with a chance to win fifty thousand dollars.  What an opportunity for me to be the person of interest I’d love to be while dreaming of how I’d spend all that money.

The survey began simple enough, clarifying that I am an older man, renting not owning, and that my income is securely in society’s safety net for us underachievers.  The questions moved quickly through things like my recreational choices, wireless technology, my sense of fashion, where I shop and how I book my vacations.  Now I may not own much but I’m not the rube I could pretend to be.  In fact, I appreciate the expensive trifles found in the ads of magazines like The New Yorker.  So I’ll cut to the chase and say I own a Timex, I shop Wal-Mart and the brand of boots I wear weren’t listed.

There were things I would like to have declared but they weren’t on the survey.  For instance, I prefer desert to trees.  I like far off horizons and rugged, barren landscape. Trees and luxurious vegetation hopelessly smother both.  I think tortillas with a bit of melted cheese and salsa makes for a tasty meal.  Music is best heard on rare occasion.  I’m very impressed by all the technology we now have but wake me when science discovers how we don’t need to sleep.  It will happen, you know.  Won’t that be an interesting sociological experiment?

When I was a kid there were these metal cars and trucks called Dinky Toys.  We’d use them with wooden blocks to build towns that became for us a place called .  They were simple constructions with only a few basic buildings.  There wasn’t need for more.  That was childhood before growing up.  Later I did all the things adults are known to do.  I moved about, got married, changed jobs, had kids, crashed and burned, rose from ashes, and got divorced… more than once.  It’s a life.  Being young is being absorbed with the future and all the possibilities that lie ahead.  Being older is finding the story already mostly written.  I think somehow that frees me to do most anything from here on out.  Really.

Today’s survey described the me I haven’t yet come to be.  It’s not like I didn’t try.  It’s just I didn’t try hard enough.  Most of the things I thought I wanted were just more costly versions of what I already had.  The price we pay is conveniently measured in money but the true cost for most of us is measured with time.  What is it that is worth the time of our life?  Is it ever really about a Rolex?  Why bother if no one appreciates you wearing it?  And if it’s true about an expensive watch then why would it be less true about a fashionable shoe, marble flooring or a glamorous car?  We don’t really care all that much about all that glitters but we are concerned with what others think about us.  We’re really about being after you.  You’re the reward – your support, your friendship, your love, your vote.  It’s just about you, isn’t it.  What else is there? 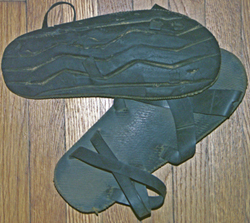