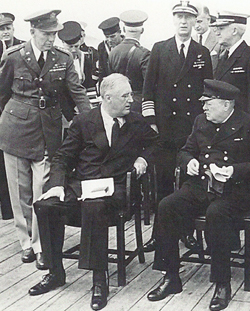 German leaders were surprised by the Allied invasion of and puzzled by the extent of American involvement.  Most of the 60,000 troops of Operation Torch were American, making landings in around as well as and in .  Hitler and others couldn’t help but wonder, what was in it for the Yanks?  had no stake in . 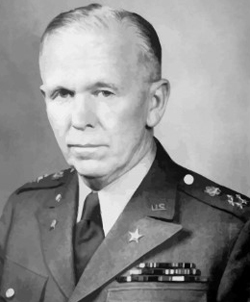 military leaders like Chief of Staff General George Marshall couldn’t agree more.  President Roosevelt viewed as a greater threat to than and agreed with ’s Prime Minister, on giving precedence over the Pacific Theatre.  ’s military advisors wanted a landing in to directly challenge Hitler’s rule over .  Stalin, leader of the other Allied partner – the – was also pressing for an invasion of in 1942, to siphon off some of the German strength baring down on his troops, who were currently staggering under the full weight of the Nazi war machine. 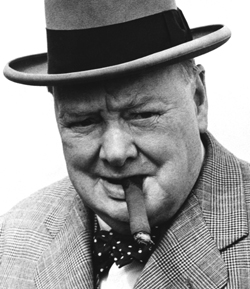 Churchill had other ideas, however, arguing that an unprepared army wading ashore against the powerful Wehrmacht would be a disaster.  Winning the war with would require destroying her army and why not begin where it would be the most vulnerable?  American troops landing in ’s North African colonies would likely meet only token resistance.  Moving this Anglo-American force east would squeeze General Rommel’s Afrika Korps between it and General Montgomery’s advancing Eighth Army.  These two Allied armies would combine to eliminate the Axis presence in .  The close proximity of a victorious Allied army in to , and itself, made these enemy held lands the likely next targeted steps in a linked chain of strategic objectives.
Picture:  2175 x 2987 - PBS 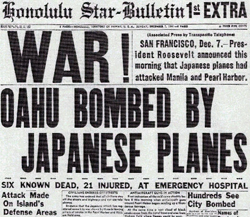 It took a direct order from to bring the American military on board with Torch.  Yes, the President’s reasons were political.  If the U.S. Army was not engaged with German units in 1942, and realistically that wouldn’t be , then pressure for a Pacific First strategy would be overwhelming.  Revenge for would be the real diversion from the best strategy based on interests.  Fixating on would give reason to make a separate peace with and it would leave to nibble at the periphery of Nazi power.  ’s defeat was inevitable.  It was an island nation with long, supply lines vulnerable to being choked by submarine attack.  It’s defensive ring relied too much on garrisoned islands with isolated troops, that could be strangled by blockade and eventually picked off one at a time by a concentration of American amphibious force.  Once the issue with was settled could now focus all her resources on but time would have favored the Third Reich.  There may well have been in place a true Fortress Europa with no Eastern Front to divert German armor.  The cost to free from the Nazi’s grasp may well be prohibitive for any democratically elected government.
Picture:  503 x 571 - Reddit 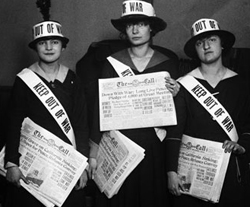 It's Not Our Fight

The will of the people might favor political accommodation, turning a deaf ear to rumors of atrocities from within Hitler’s realm.  The cost in lives and treasure subduing is all that reasonably can be asked of us, we might say.  Or we might find ourselves economically isolated and be forced to pursue a military solution on what would now be far more unfavorable terms.  Eventually we would have The Bomb but, in 1942, our leaders were very much concerned was also striving to be nuclear armed.  That was a threat not to be ignored.
Picture:  500 x 450 - Digital History 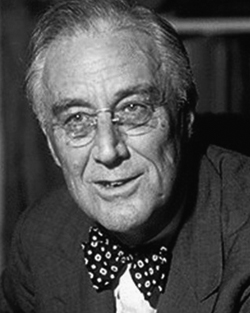 Even the best of generals can sometimes be faulted for being too focused on military logic to appreciate the big picture.  It is to ’s credit that he embraced his responsibility as Commander in Chief and overruled the best professional advice of his top military lieutenants, allowing green American troops to experience their first taste of battle in conditions where early setbacks would bring valuable lessons and not potentially game-ending cataclysmic defeat.
Picture:  479 x 577 at 96 dpi - PDX Retro

Posted by coldValentine at 7:45 PM