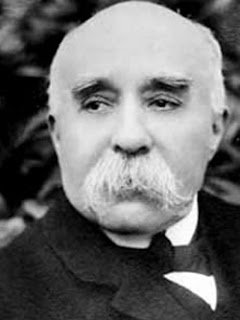 War is too important to be left to generals, French Prime Minister Clemenceau is famously reported to have said near the end of World War I.  Decision making in war sometimes defies military logic.
Picture:  300 x 300 - Quote Bunny 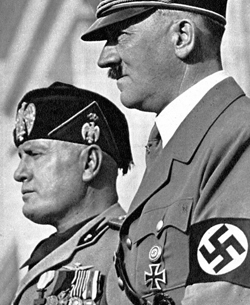 Hitler saw no military reason for sending his precious panzer divisions to while he was embroiled in a life or death struggle with hundreds of Soviet divisions on the Eastern Front.  The Deutsches Afrika Korps existed out of political need to protect Mussolini.  Were to lose her African colonies to the Allies, Mussolini’s hold on power would become tenuous and in danger of switching sides in the war.
Picture:  1199 x 1600 - History Martinez 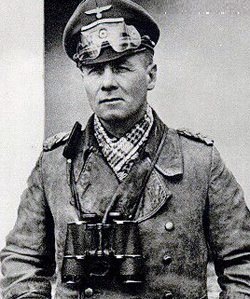 Hitler’s brilliant battlefield tactician, General Erwin Rommel, defied orders limiting his offensive actions to and drove his forces deep into , confronting ’s Eighth Army at a place called .  Rommel’s thirst for decisive victory put his troops in a near impossible situation by ignoring his own logistical limitations.  He had stretched his supply lines from ports in to their farthest possible reach of two thousand miles.  The best his army could hope for was provisions sufficient to sustain a defensive posture only.  Rommel’s talent for highly mobile armored maneuvering required fuel that just wasn’t available.
Picture:  303 x 382 - Lindsey Williams 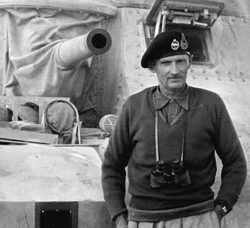 His only hope for salvation would be an uncharacteristic offensive blunder by the ever meticulous and cautious General Bernard Montgomery, leader of the British Eighth Army.
Picture:  585 x 350 - Tiny Pic 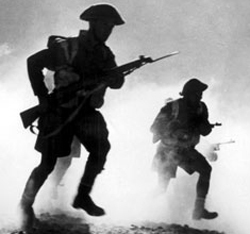 
It wasn’t to be, and Rommel’s Afrika Korps began a long retreat in November, 1942 with British forces doggedly pursuing them across the length of and into where the Panzerarmee would attempt to bolt shut the door at a French built fortification known as the Mareth Line.
Picture:  460 x 276 - Reddit 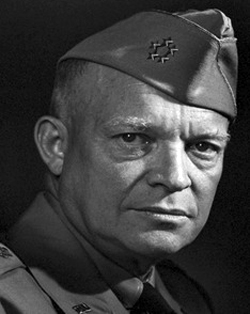 General Dwight Eisenhower commanded a combined army of British, French and American forces stretched thinly over 250 miles of hills and mountain ridges that bordered the Axis held coastal regions of .  Eisenhower is content to maintain a defensive posture while his forces build in strength, preparing a thrust to the coast later in the spring that intends to first divide, then overwhelm opposing German and Italian troops.
Picture:  250 x 317 - Reddit 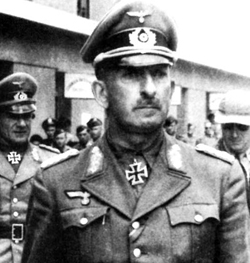 
General Jurgin von Arnim is fully aware he cannot hope to match the Allies’ build up of men and material as the German Wehrmacht has been depleted of resources by setbacks in , including the impending destruction of the Sixth Army at .  Through much of January, 1943 Arnim’s Fifth Panzer Army has been methodically eroding Eisenhower’s strength with short, quick jabs at vulnerable positions, particularly among the poorly equipped French troops.  Now, on January 30, a more ominous breach of the Allied line has occurred at a French held mountain pass named Faid.  Allied leaders believe it is a diversion.  They expect von Arnim to attack further north near Fondouk and threaten the British First Army by breaking into their rear.
Picture:  480 x 676 at 300 dpi - Worth Point 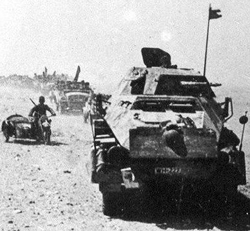 
The Allies move their few armored reserves into the area and their miscalculation would shortly open the door for a dangerous penetration by General Erwin Rommel’s veteran panzers.  The action delivers a stunning defeat to inexperienced, poorly trained American troops and briefly threatens to hurl the Allies back into , setting back their chance for victory in .
Picture:  800 x 503 at 300 dpi - Reddit

Posted by coldValentine at 12:18 PM