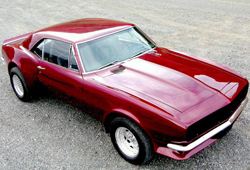 The Mustang had a couple years jump on the Camaro but there was a clear difference in design philosophy between Ford and Chevrolet and Chevy people merely waited for their brand of road excitement to hit the showroom floor.  Still, that length of wait is going to put most people's loyalty to the test.  What's the harm in just driving the competition a bit until the real thing comes along?
Picture:  800 x 516 - 2010 Camaros 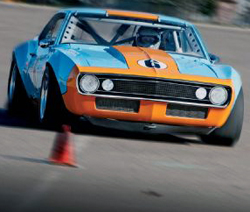 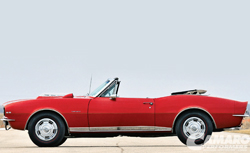 It's doable.  You're a young family man with no chance of putting a Corvette in the driveway but the Camaro says you don't have to do without.  Trade in your three on the tree for four on the floor and you'll be squealing wheels out the gate instead of lurching to work mornings in an overweight sedan with an anemic six under the bonnet.  Break the cookie jar and make it happen.
Picture:  1600 x 1200 - Camaro Performers 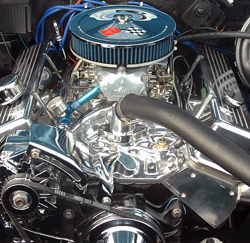 Someone slipped a Corvette engine into their Camaro.  Chevrolet offered up to a 396 which was good for zero to sixty in six even.  But, hey, a new wrench set for Christmas is reason enough to shoehorn King Kong into your hamster wheel.
Picture:  1260 x 769 -  Car Stuff 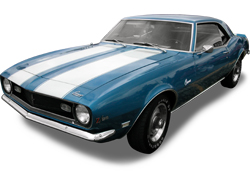 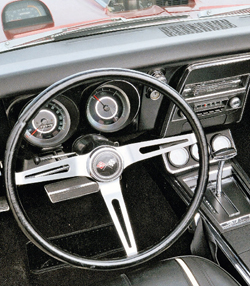 So what's it going to take to get you to drive this off the lot today?
I ain't paying sticker or Dealer Prep.
No problem.  How much you looking to put down?
Picture:  1600 x 1200 - Camaro Performers 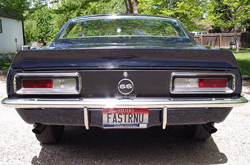 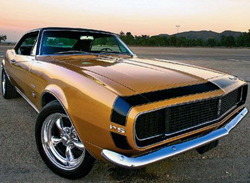 Toyota and Nissan were the Hyundais and Kias of the sixties.  Volkswagen was a bug with an under-powered air-cooled engine.  If you're young and its 1967 you're thinking Chevys and Fords.  The Mustang was a pony car that started getting beefy in '67.  The Camaro had the dimensions of the Mustang but it was rounded.  There was that long hood and nominal back seat and a trunk that just kind of ended when the car seemed long enough.  They were fun but performance was more about looks.  Most of the time you're stuck in traffic anyway and road hugging handling is just a commercial featuring a professional driver on a closed course.
Picture:  570 x 398 at 96 dpi - Car Generations 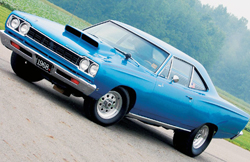