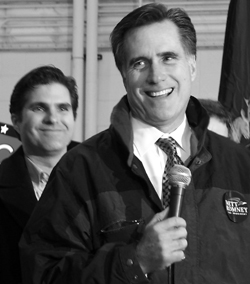 The Iowa Caucus is the first attempt at reducing the nation’s choice for President to two.  The is a nation diverse in ethnicity, culture and economics.  Yet, every four years two parties provide the finalists in the contest for leadership.  The argument among a party’s early candidates include the expected position on issues, to one of ideological purity, and that of electability in the general election.  While an uncompromising ideological stance excites the party’s most passionate followers, it is electability that is the greater concern among party professionals.  The likelihood of being elected to the White House also affects the party make-up of the Congress.  A strong presidential candidate can make the difference in outcome of closely fought House and Senate contests in a number of ways.  Popular candidates draw additional supporters to the polls on election day.  They energize rank and file volunteers to give more freely of their time in doing the many tedious tasks necessary to make a campaign successful.  There’s nothing like the sense if imminent victory to propel the candidate and his followers to higher levels of purposeful energy. 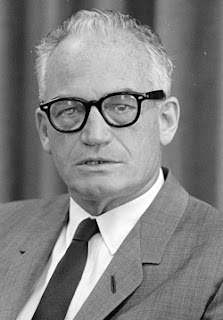 The history of presidential elections indicates a party can be assured of forty percent of the vote in November no matter who they nominate.  This can be seen as the party’s base support.  It is up to the candidate for President to gain the additional ten percent of the electorate in order to win.  In present day neither party commands a fifty percent ideological following.  Unlike House races and even state-wide Senate races, this nation of three hundred million people stretching the breadth of a continent has too many competing interests to easily coalesce within a narrow political view.  The candidate espousing rigid principles usually succumbs during the course of the nominating process to the candidate more likely to bring party victory in the Fall.  Two elections in the past fifty years stand out as examples of ideological candidates gaining their party’s nomination for president over more centrist alternatives.  The first would be Barry Goldwater in 1964 and the second, George McGovern in 1972.  In each instance the party was unable to expand its base beyond the minimal forty percent and many of its candidates for House and Senate seats went down to defeat in the resulting landslide victory for Lyndon Johnson in ’64 and Richard Nixon in ’72. 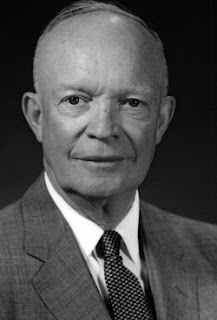 The present day contest for the Presidential nomination in the Republican Party once again illustrates the dynamic of this process.  While Mitt Romney appears headed for his party’s choice for President this year it is equally evident that he is the heart-felt choice of only a few.  His  task is to thread his beliefs in such a fashion as to lull the suspicions of many activist voters of his chosen party.  Romney’s challenge is not unlike that of Dwight Eisenhower in 1952.  While Eisenhower was an authentic war hero with enormous popularity he was still regarded by many in the GOP as not being a true Republican.  Many of these party faithful gave Ike the nomination even while they preferred the more conservative Robert Taft of .  Eisenhower went on to win the Presidency with landslide margins – twice.

The value of the two party system may well be in its emphasis on pragmatic considerations over philosophical beliefs.  Time and again it has forced the voter to accept a half filled glass to quench their enormous thirst.  This fact may be why nearly half the eligible voters never register their preference on election day.  Or maybe some do.  For them not voting can be taken to mean ‘none of the above’. COLD VALENTINE
Posted by coldValentine at 10:15 AM