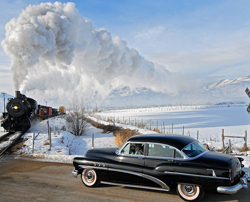 I ran across a photograph from 1953 and I’m sending it to you.  Technology always dates our images.  You’ve undoubtedly dated movies based on the size of the cell phones used.  They didn’t always fit well in the pocket.  Often you had to extend an antennae to get good reception.  Now people not only use their phone as their camera of choice but it has also become some people’s computer and their link to the internet.  What would have been science fiction just a few years back is now technology that is taken for granted.

I can’t think of many advantages to being as old as I am but one that comes to mind is that of perspective.  Technology changes us as people and we, in turn, find new and unintended uses for our technology.  Take the phone as an example.  I’ve already noted how it has become our camera and gateway to the internet.  It also has changed how we converse with people.  Most conversations these days are brief text messages.  We needn’t bother with the formalities of Hellos and Good Byes.  We simply jot down quick thoughts and direct them to the appropriate person.  In this manner we can have a correspondence with several people in just a couple of minutes.  It is so much more efficient.

How remarkably fast a new idea can explode on the scene.  Facebook will soon be offered as a public stock.  You have the opportunity to buy ownership in its company.  It began as an idea in some kid’s head a few short years ago and it now has 800 million members worldwide.  It’s value as a company is estimated to be twice that of McDonald’s – itself an international corporation – but only half the value of Google, which also has been around for only a few years.  When I was a college student years back there was a book published titled Future Shock in which the author, Alvin Toffler, described a world so rapidly changing that it left many people alienated from society with a feeling of being obsolete and irrelevant.  Even Toffler couldn’t imagine the world as it is today.  Yet, I don’t think he anticipated how adaptive people are to new ideas.  One fundamental thing to keep in mind is that the most successful ideas are those that best serve the needs of people.  You can argue the merits of Facebook and text messaging on the phone but these technologies have been readily embraced by most everyone.  If there is any alienation it comes from old codgers such as myself .  Humbug! 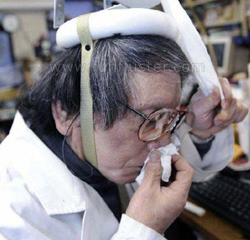 COLD VALENTINE
Posted by coldValentine at 5:18 AM