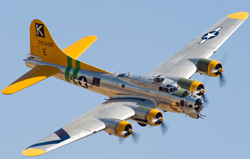 The G model of the B-17 was improved with a chin gun, twin .50s facing the front beneath the bombardier's position.  It was a counter to German fighters flying straight toward the oncoming bomber and strafing the cockpit.   This 1024 x 768 image at 100 dpi is from Scenic Reflections. 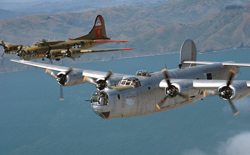 The B-17 is seen flying here with America's other heavy bomber of World War II, the B-24 Liberator.  It's handling helped earn it the name Flying Boxcar.  This is a 1600 x 1200 picture from Wallpapers Web.  You might prefer using a photo editor to lighten the image. 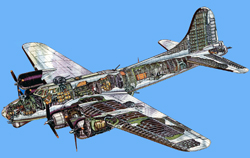 Legends in Their Own Time provides this 1280 x 1024 illustrated cutaway of the Boeing bomber. 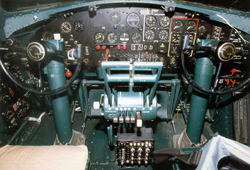 The cockpit of the Flying Fortress, a name given the B-17 by a reporter covering its introduction.  Had he flown in one over Germany he probably would have felt differently.  The image is 1737 x 1181 at 300 dpi and is available at Wikimedia. 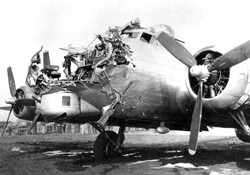 The B-17 was very vulnerable without fighter escort but it did have a reputation for taking a beating and still bringing its crew back to base.  This 1800 x 1199 image at 300 dpi is found at Wikipedia. 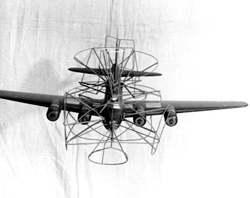 This interesting model was used to help train German pilots on the best approaches to attacking the B-17.  The image is one of many available on the B-17 at Wikipedia. 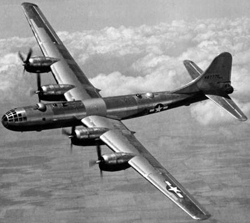 Email ThisBlogThis!Share to TwitterShare to FacebookShare to Pinterest
Labels: B-17, B-17 flying fortress, B-24, B-24 Liberator, B-25, flying fortress