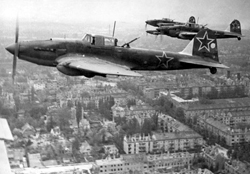 The Ilyushin Il-2 is widely considered the best ground attack aircraft of World War II.  More than 36,000 were produced over its operational history.  This 791 x 518 photo at 50 dpi is found at Wikipedia. 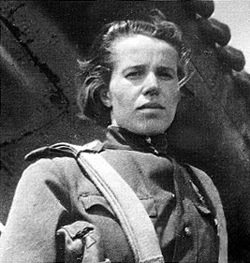 The Il-2's remarkable survivability is largely attributable to its extraordinary armor protecting the pilot and other key components of the aircraft.  Through most of the war gunners suffered a high casualty rate because they were not included in the armor shielding.  This 600 x 227 illustration is found at Savage Squadron.

Losses early in the war led to the two seat version in 1942.  Still, the Il-2 was no match for modern fighters and was vulnerable without fighter protection.  This 550 x 290 image is from Photobucket. 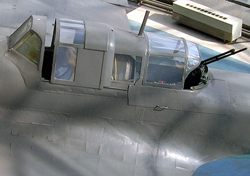 Guaranteed no frills when you climb into the cockpit of a warbird.  You're riding a noisy, clattering machine that's designed for lethal purpose.  You're critical but as expendable as any one of the thousands of like built aircraft rolling out of assembly.  Your mission is to make the most of it.  The image is 800 x 549 at 300 dpi.  The photo and specifications are at Wikipedia. 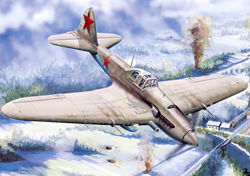 After its initial exposure to combat they went back to the drawing board and added a gunner to watch the pilot's back.  This artist's depiction of the first Il-2 is 1024 x 681 and is found at Models and Hobbies 4 You. 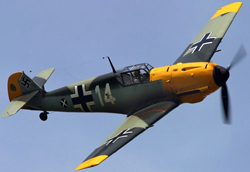